To make a kid between 12 and 14, I stuck Baozha’s head [from a Medicom Bambi figure] on a Spin Master Liv doll. Unfortunately no longer in print, Liv dolls are highly articulated representations of teenagers, so they have smaller breasts and hips than, say, Barbies, as well as overall shorter stature.

I like Livs better than, say, Obitsus, as Livs’ proportions are more realistic. However, Livs have only single-jointed elbows [but double-jointed knees?!], so they lack the extreme flexibility of Obitsus. Inspired by fellow Figurvore member John/kd230692’s body mods to improve poseability in the Barbie Fashionista arms, I performed similar operations on this Liv body. 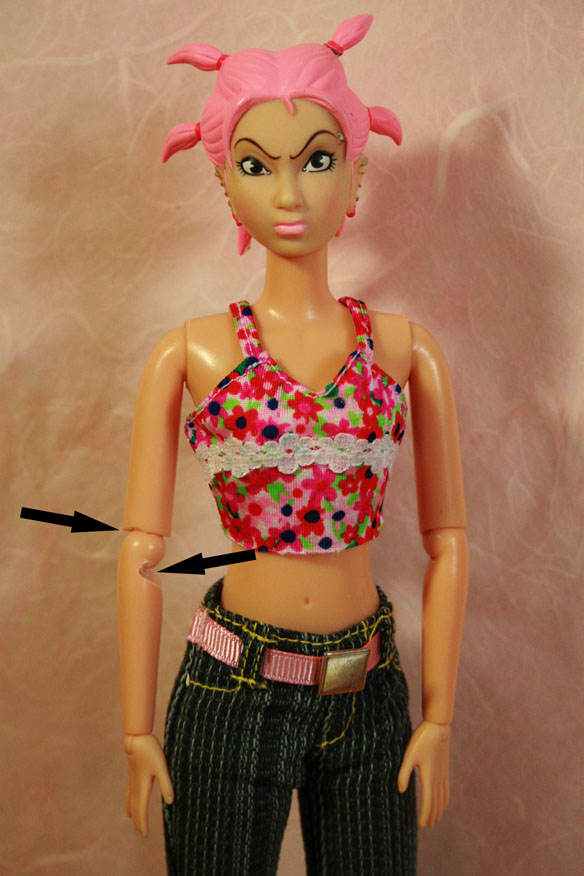 As the arrow on the left indicates, I trimmed off some plastic that formed a deep socket at the end of the upper arm. This reduction allowed the forearm to revolve more freely. The arrow on the right indicates where I hacked a groove in the forearm, just below the elbow ball, to allow a more acute angle of flexion. Other arm is unmodified for comparison. 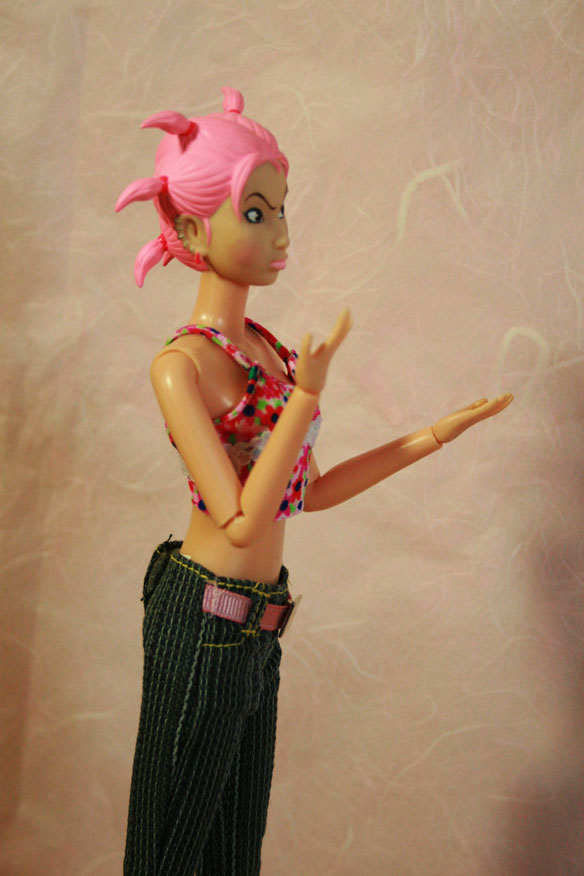 Comparison of modded arm [closest to camera] with unmodded one shows an appreciable improvement in bendability. Note that unmodded arm can only bend 90 degrees. 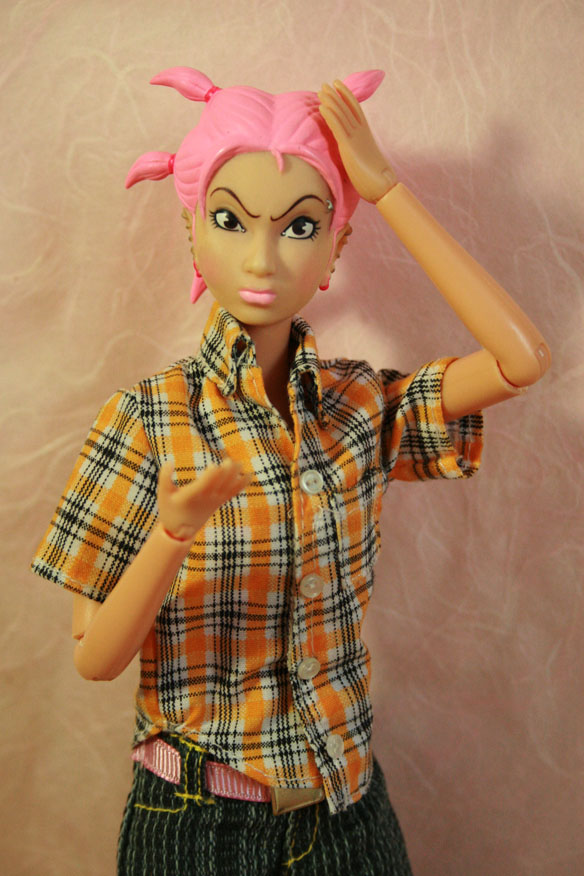 With her shirt on, Not-Baozha demonstrates a new pose that she would not have been able to achieve earlier.

This entry was originally posted at http://modernwizard.dreamwidth.org/1600510.html. You can comment here, but I’d prefer it if you’d comment on my DW using OpenID.