I redid Anna’s hair this weekend. Originally I gave her bangs and a ponytail that I made lie down with white glue, which made them look wet, sparse and stringy: 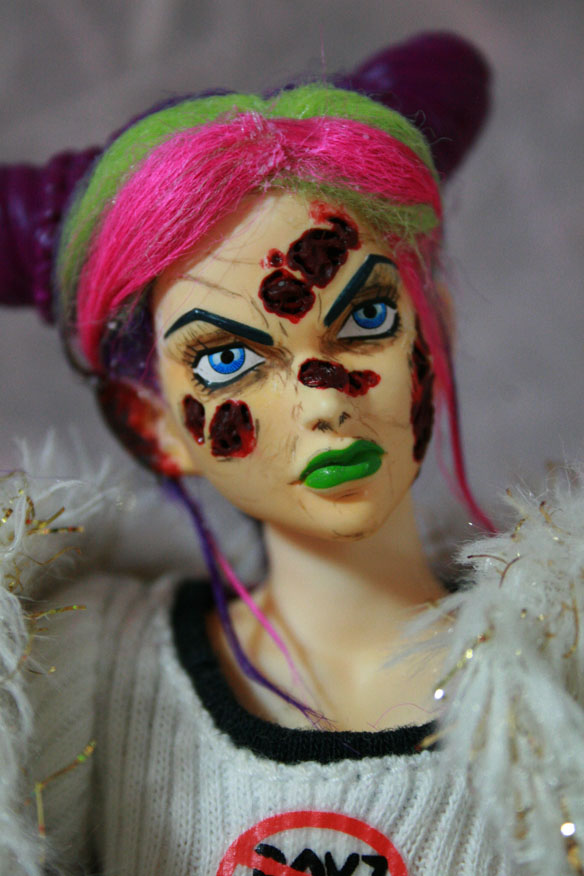 I ripped out the first try and redid her fiber hair with my 3" magenta shag. This time I used Mod Podge on her bangs, which helped me retain their fluffiness, while also realistically taming them enough so that I could glue one side of said bangs behind her ear. 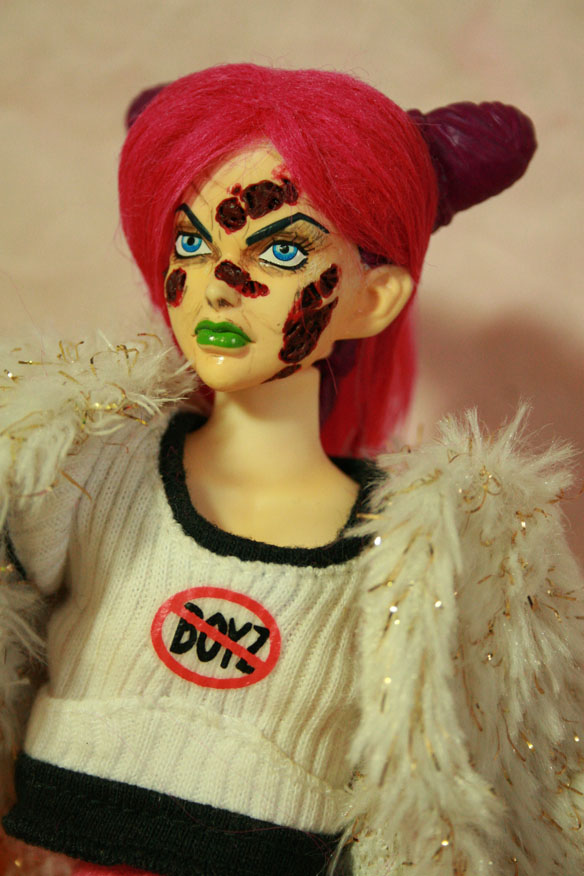 Then I made Anna a fiber ponytail: not a mere gathering of loose fibers, but a structured, sewn one based on a pattern. Stupendously enough, it came out right on the first try, which hardly ever happens in my creative projects.

I cut out the pattern shown above and sewed all along the top edge from base [where it attaches to the head] to tip. Since the bottom edge is less visible, I just hot glued it. I drilled a hole in Anna’s head and made the ponytail base narrow enough to fit by wrapping it in thread. I then drove a straight pin from the top outer edge of the ponytail [see diagram above] in so that the sharp end poked out the base. This gave the pony tail structure and stability, as well as something for the hot glue to hang onto when I jammed it into her head. A little Mod Podge to make it hang correctly, and I was done! 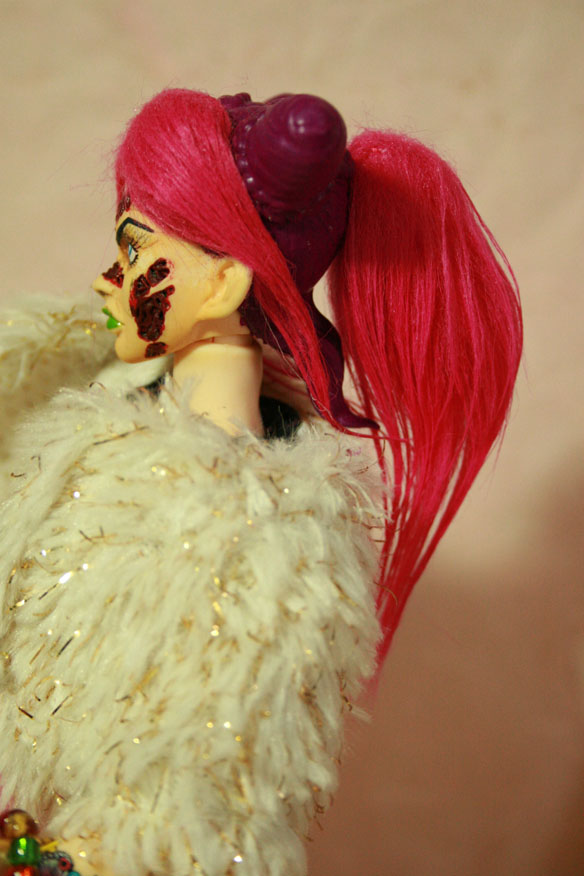 Obviously Anna has hair attached directly to her head rather than a wig. However, I have wanted to create structured ponytails for wigs for a while now. Finally I can do so. Huzzah!

This entry was originally posted at http://modernwizard.dreamwidth.org/1606083.html. You can comment here, but I’d prefer it if you’d comment on my DW using OpenID.