Andrea sent me a bunch of body parts, including two articulated Mattel Stacie bodies. I plopped my Knickerbocker Annie head on one of the Stacie bodies and liked the combo so much that I decided that this would be Sheila’s form. Poor kid has been through three permutations: modded Batchix Nan Sook head on Hujoo Wings body, Souldoll Metel head on Hujoo Wings body [photo not available] and her current form.

Anyway, I’m pleased with Sheila now. She looks much more cheerful than I expected, but I have a sentimental attachment to the Annie head, which I do not wish to repaint. I like her overall androgynous, dorky, roughhousing look. I think she’s a bit younger than I originally decided, maybe 10 instead of 12.

Here she is with her doll that she loves and takes everywhere. I still need to improve her poseability by carving out the inner edges of her hip sockets, notching and slimming to increase elbow flexion — and either swapping out her hands for ones with articulated wrists or just giving her wrist swivels. 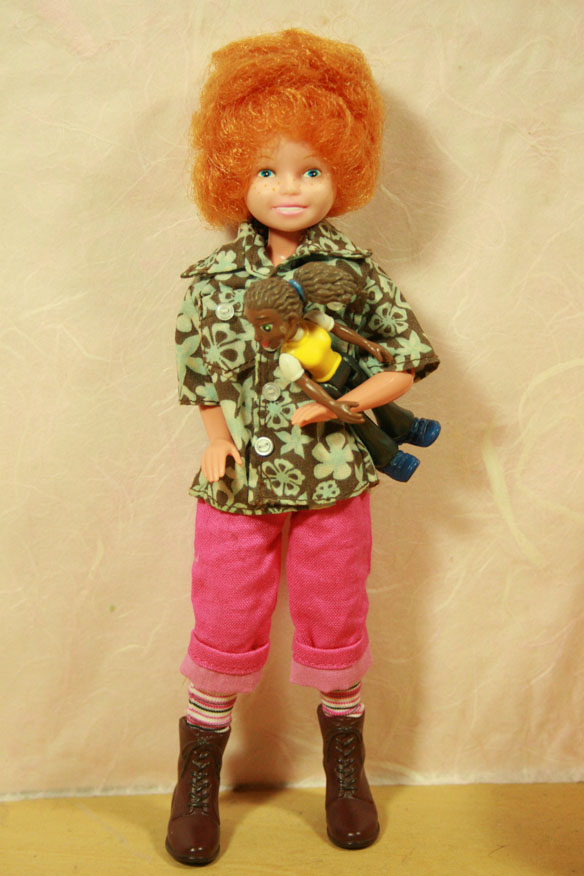 This entry was originally posted at http://modernwizard.dreamwidth.org/1606178.html. You can comment here, but I’d prefer it if you’d comment on my DW using OpenID.