Her name is not actually Bebe, but a musical, piping string of liquid vowels that human language can’t approximate. There is a bebebe sound somewhere in there, though, so she usually just tells humans who don’t speak the Champlain dialect of Avian to call her Bebe.

In making Bebe, I strove to create a character both realistic and stylized. She’s obviously stylized because wings that small could in no way bear her aloft. However, I wanted her physicality to be convincing, so I scaled her down to 85% of a default V4 and gave her a lean, musclebound frame. Her face is a relatively flat plane so as to reduce drag, while her large eyes give her keen predatorial vision. Her top knot functions practically as a way to keep her hair from her eyes, and it’s messy because she doesn’t worry about style when riding the gale. Her extra large hands help her grab dinner, while her drawn countenance, with bags under her eyes, suggests a hard life on the wing. 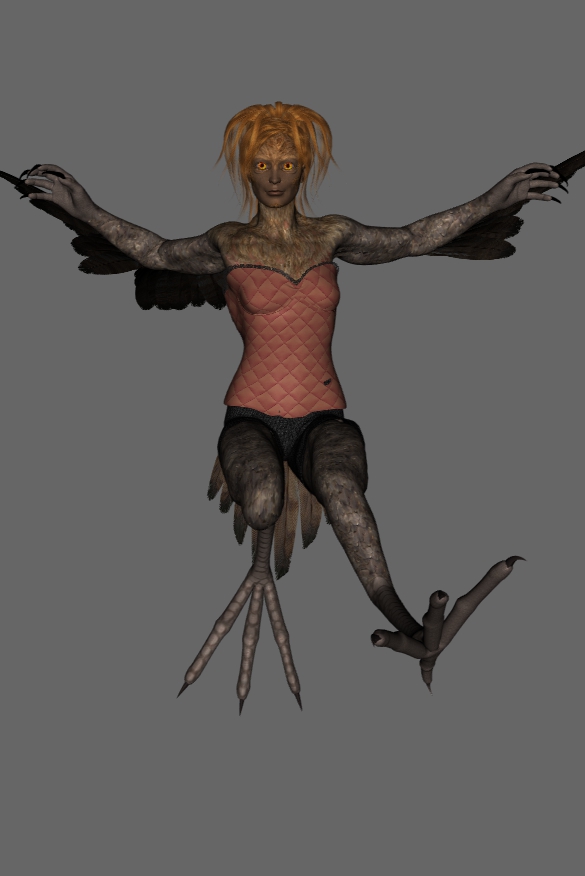 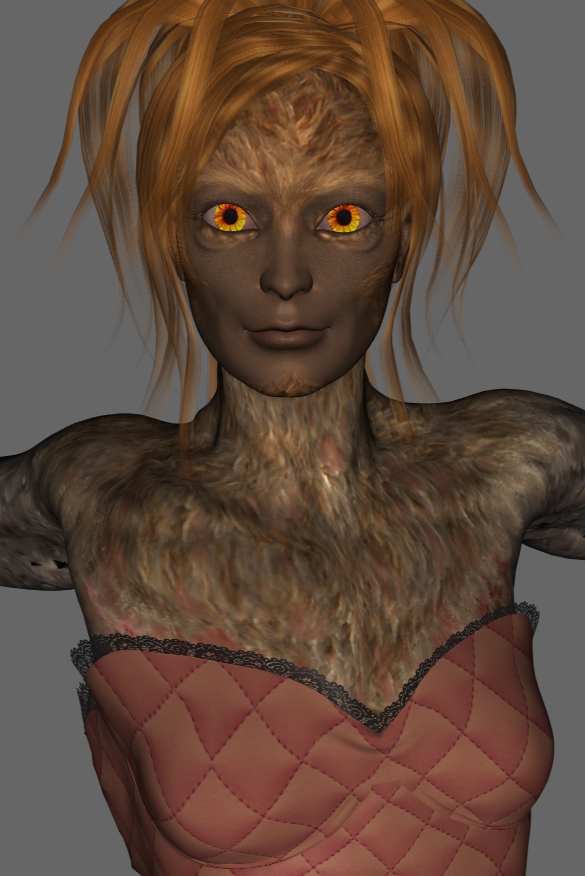 Credits: Victoria 4 base model with Morphs ++ for the body and Morphs ++ plus Capsces’ Morphia morphs for head. Texture, wings, hand talons, legs and tail from MAB/WillDupree’s Creatura Harpy for V4. Hair is Propschick’s freebie Autumn Hair for V4. Top and shorts from Daz/Mada’s Just Jokin’ for V4 and Genesis. Pose is a universal jumping pose from Poser 9, tweaked by me. Awe-inspiring backdrop by yours truly.

This entry was originally posted at http://modernwizard.dreamwidth.org/1629372.html. You can comment here, but I’d prefer it if you’d comment on my DW using OpenID.