After lunch on the 20th, I began at the1:3 scale ramen restaurant set, apparently a smaller version of an actual Toronto, Ontario eatery. Supplied by Doll North, a Canadian doll convention, the ramen shop had legible menus, bowls of ramen and minibar liquor bottles for booze. Sadly, none of my pictures with Timonium in this set came out, but some other doll lovers let me photo their dolls in the restaurant. 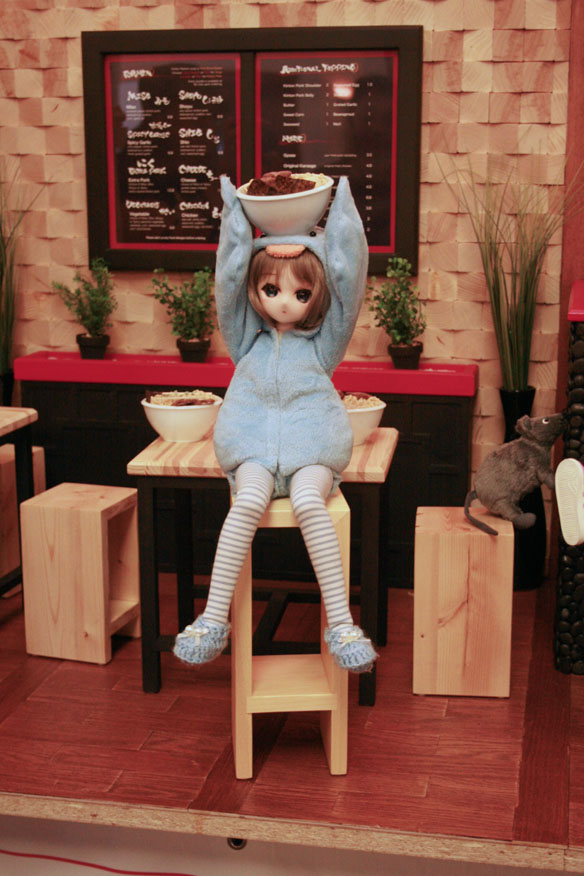 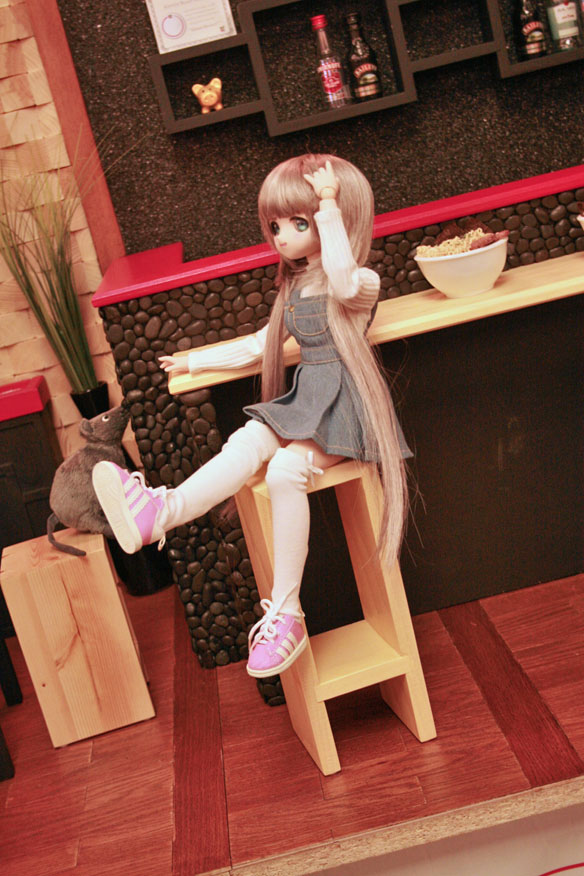 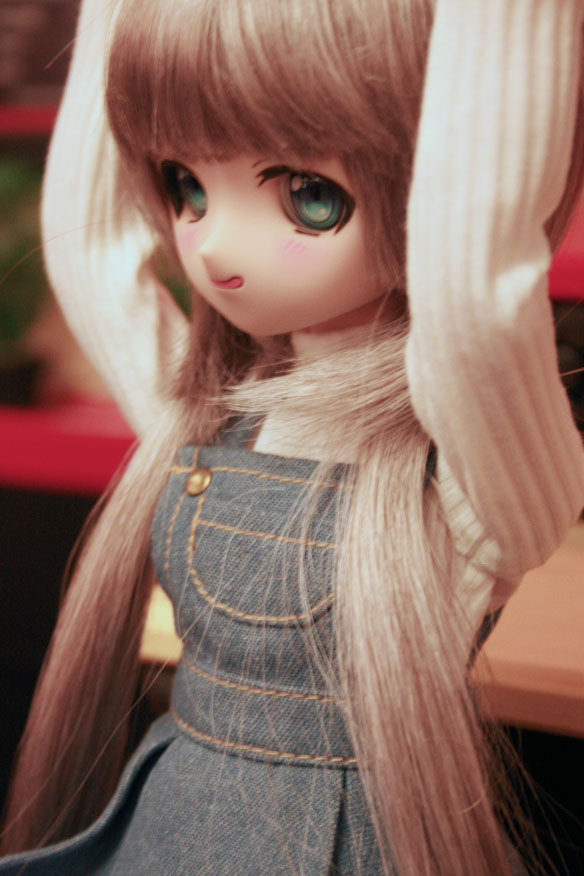 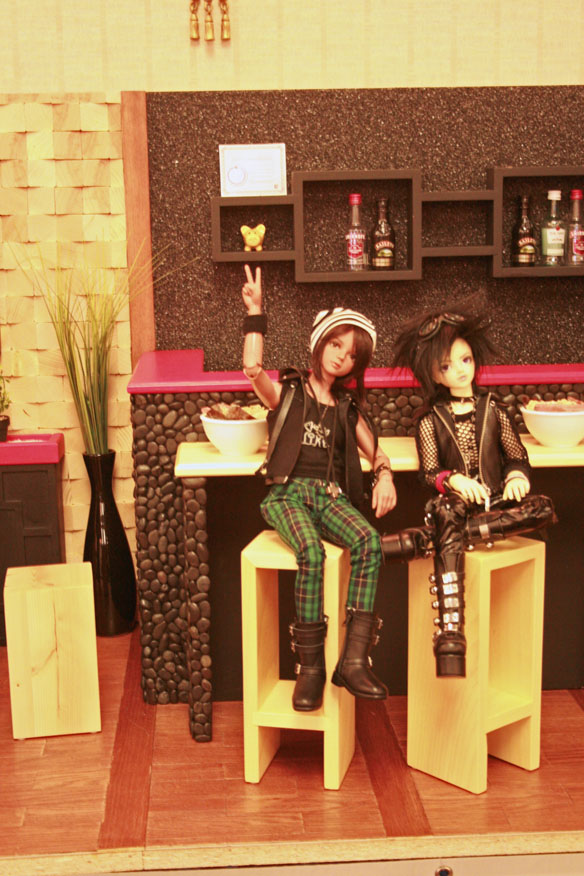 TImonium in the Open Road set, though it was not technically his scale. 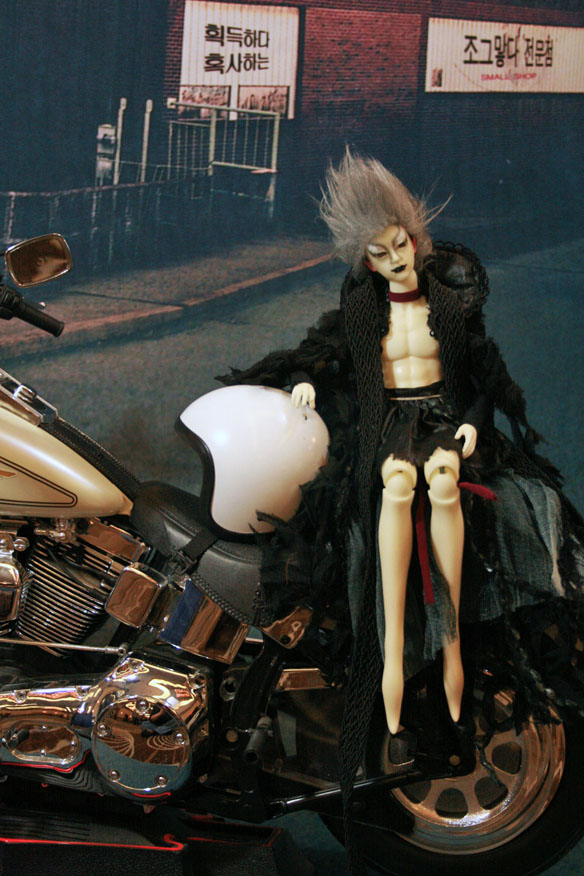 Timonium in the Fairy Lantern set. 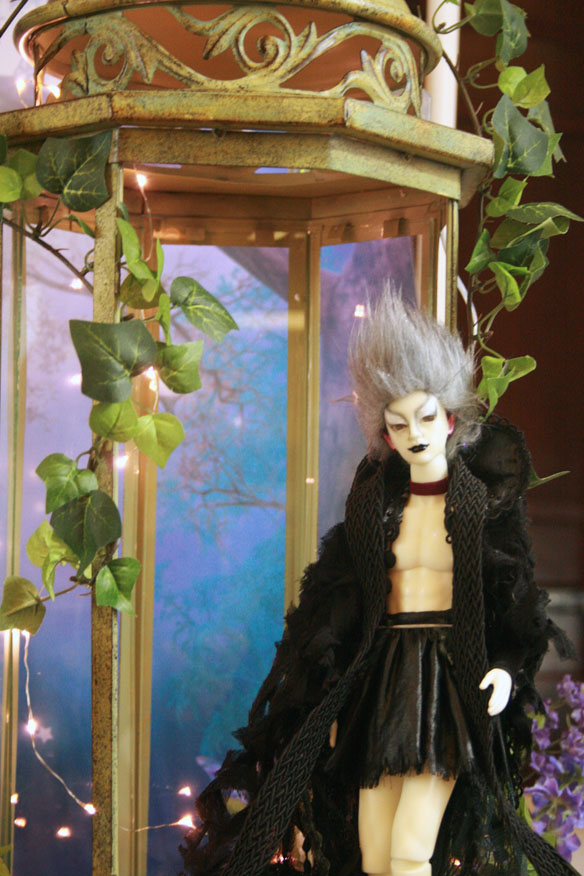 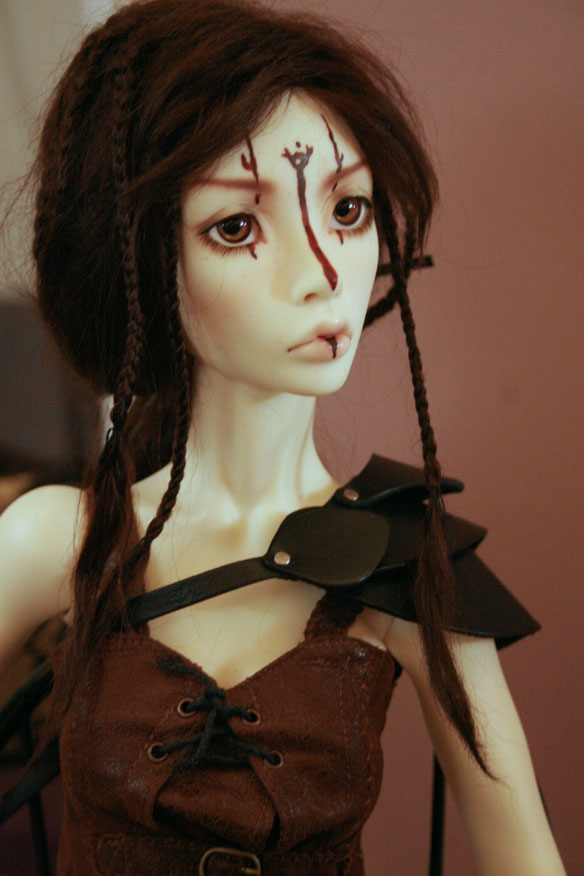 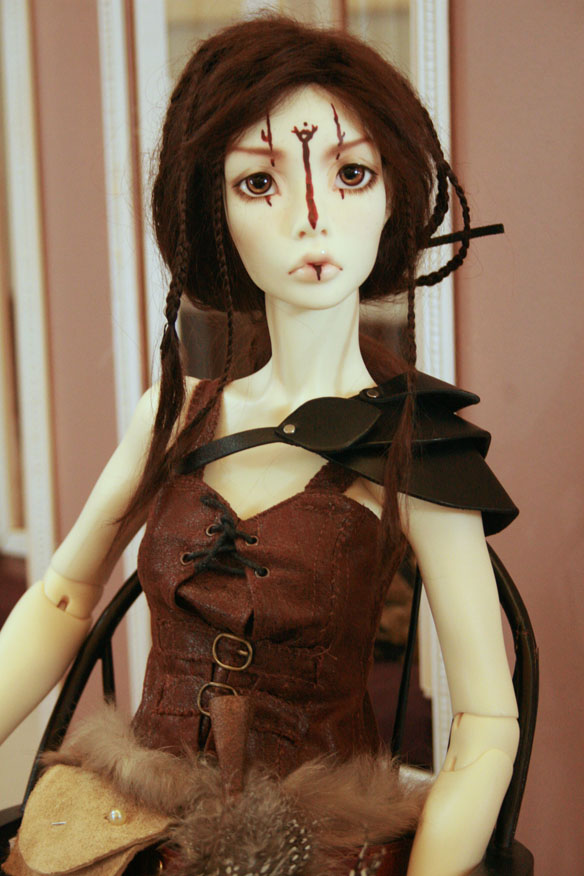 Peak’s Woods’ marvelous display converted me into a fan. I never liked their sculpts from all the pictures I saw; I thought their faces were kinda flat and bug-eyed. Peak’s Woods’ dolls come off much better in person, however. The big dreamy eyes combine with voluptuous mouths and skijump noses [always a favorite of mine] to create a look that is both cutesfied and also more mature than that of most dolls with a similar level of cuteness. 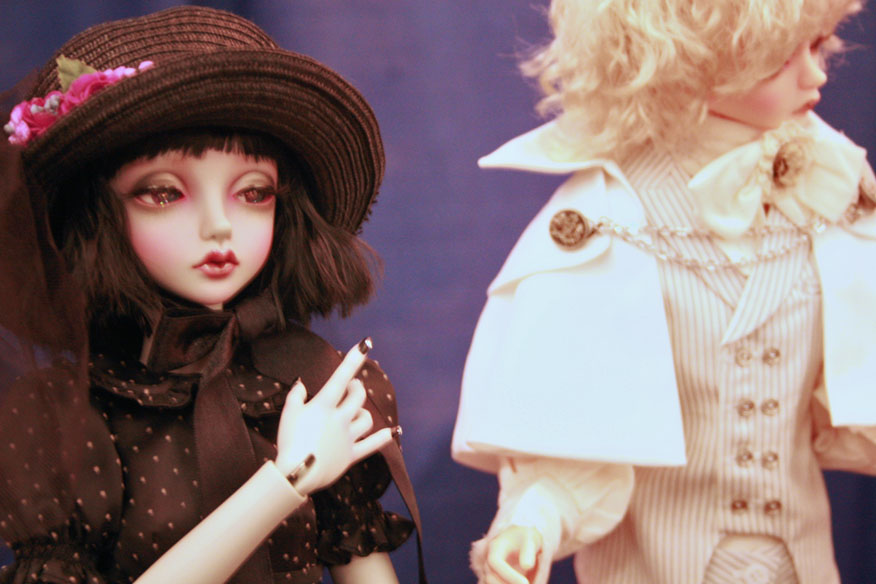 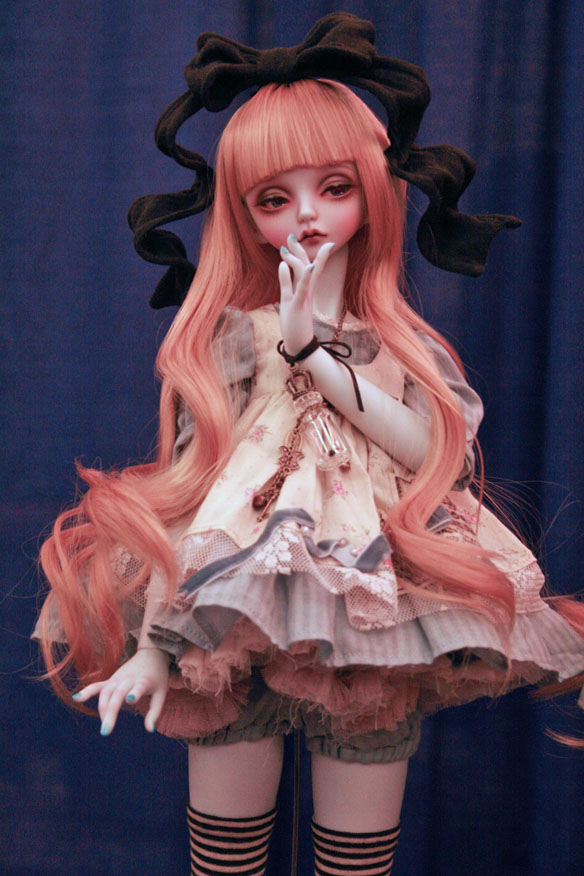 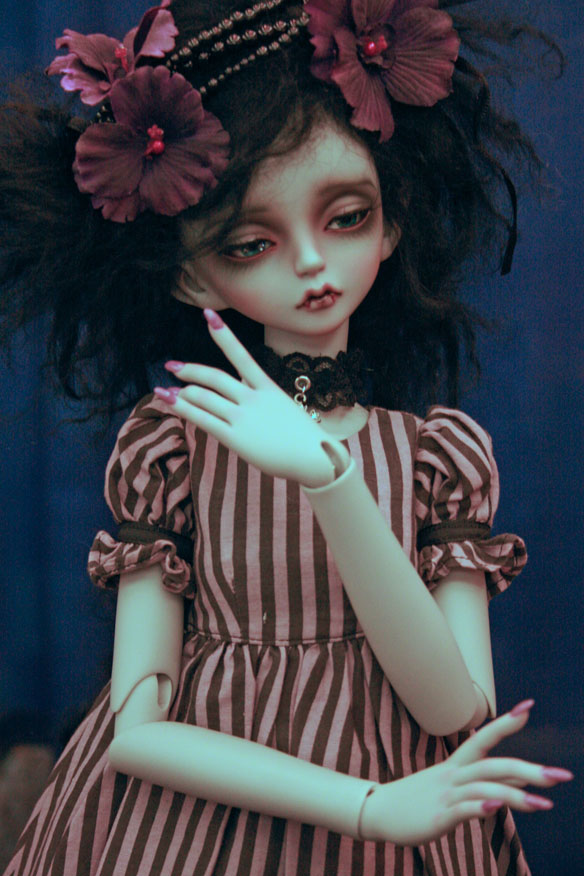 Another company for which I gained new appreciation was Spiritdoll. Below are two 1:2 scale dolls [75cm] from their Dolce line, Gardenia on left and Camellia on right, followed by the 1:3 scale Spiritdoll Proud Atropa. 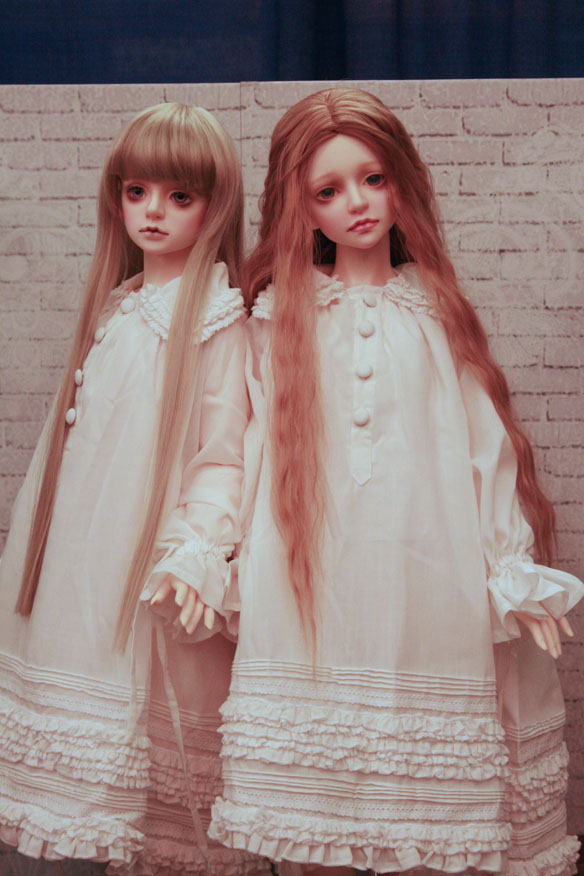 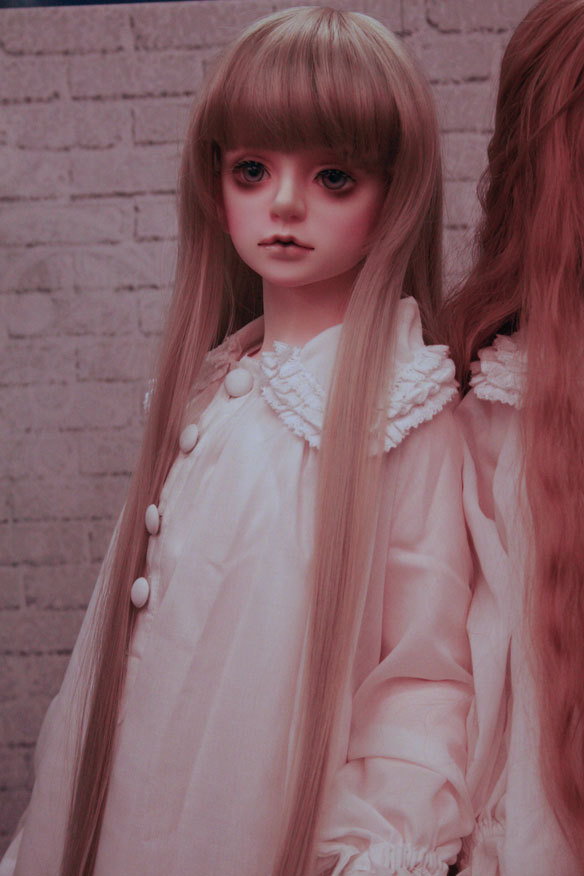 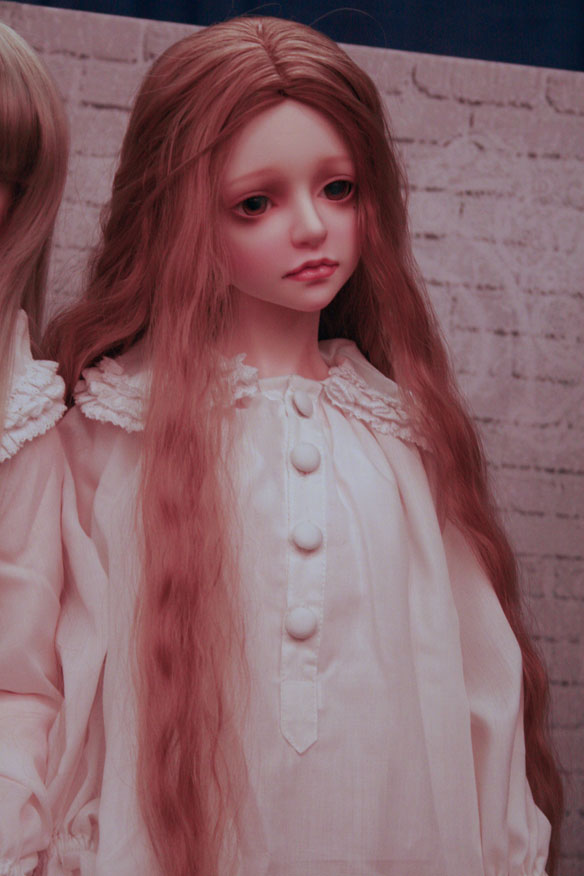 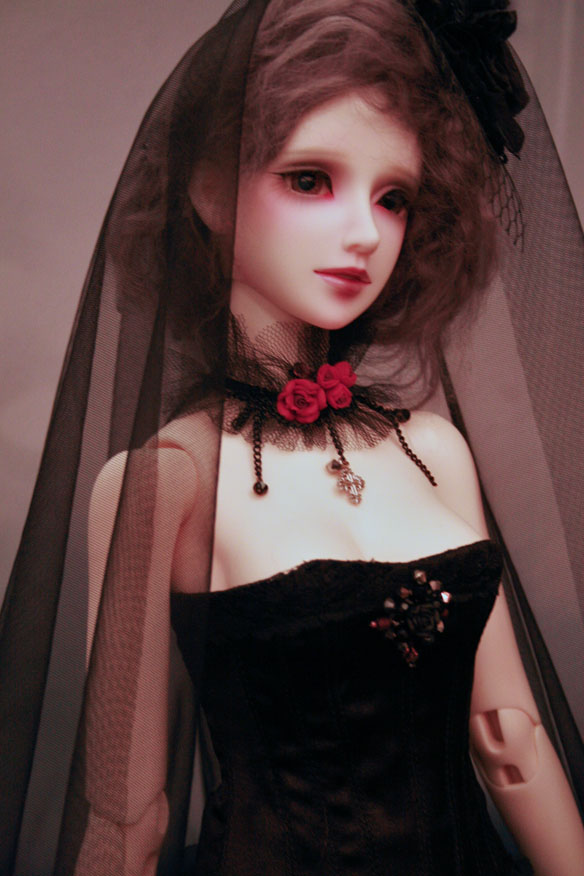 Darak makes some adorable BJDs. Below are two 16cms, T-Remy at top and Hapumi at bottom. The squinty, yawning expression on the second proves more versatile than I originally expected. It could work equally well as a yelling or scowling expression. That’s one of the best open mouths I’ve seen on a doll. 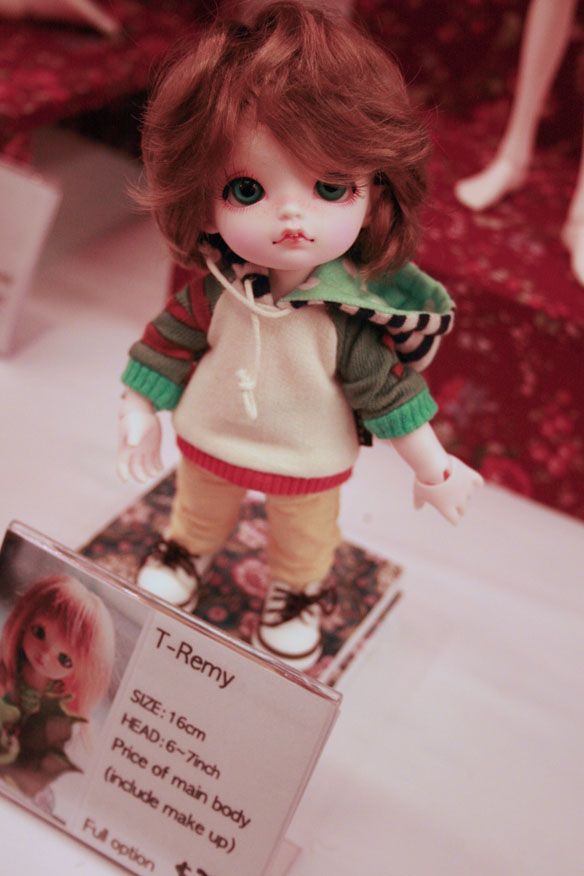 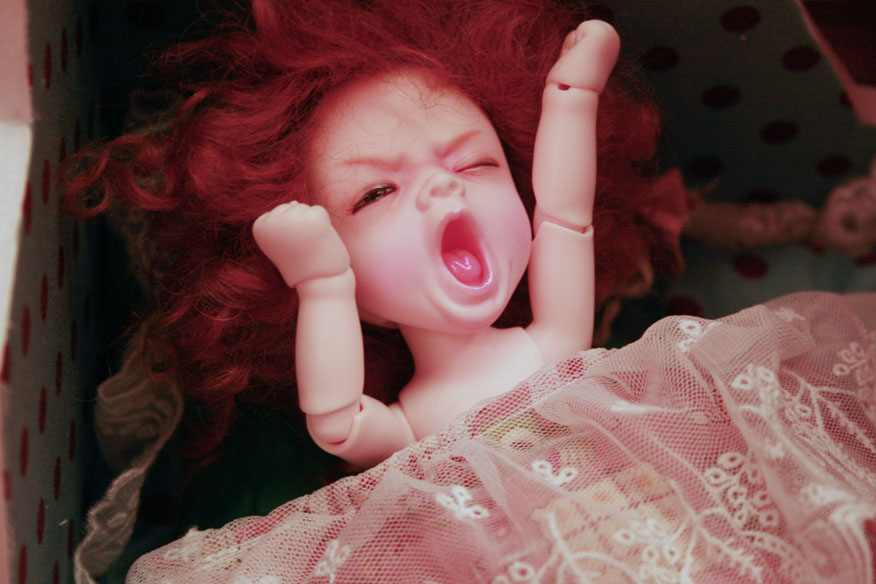 Val Zeitler, who does faceups and outfits, attended with a display full of Dollstown BJDs that she had styled. From top, Amy, Mari [two pictures] and Seola. I like the shabby chic carnival theme to the outfits — especially their multiple patterns! — and the delicate shadowing around the eyes, but the hectic blush on cheeks, nose and chin displeases me. Makes ’em look like they have colds. 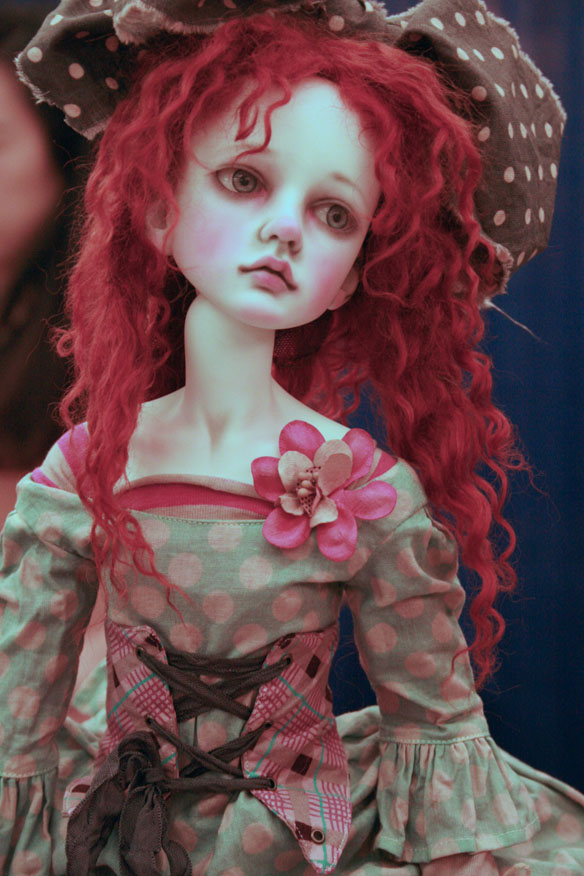 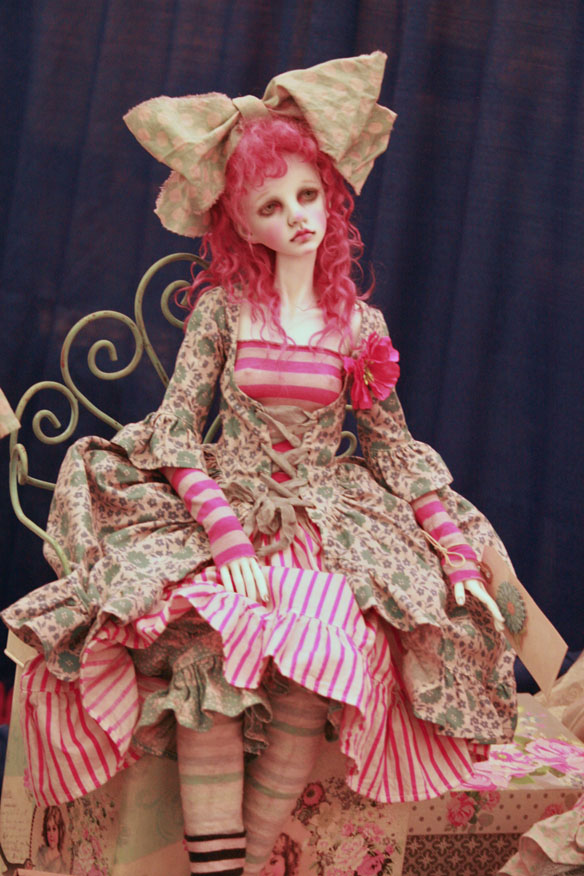 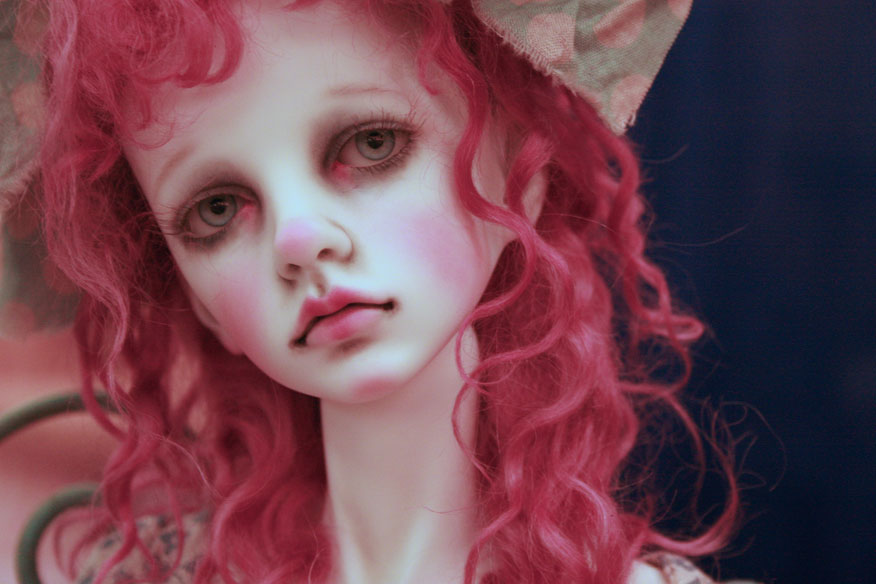 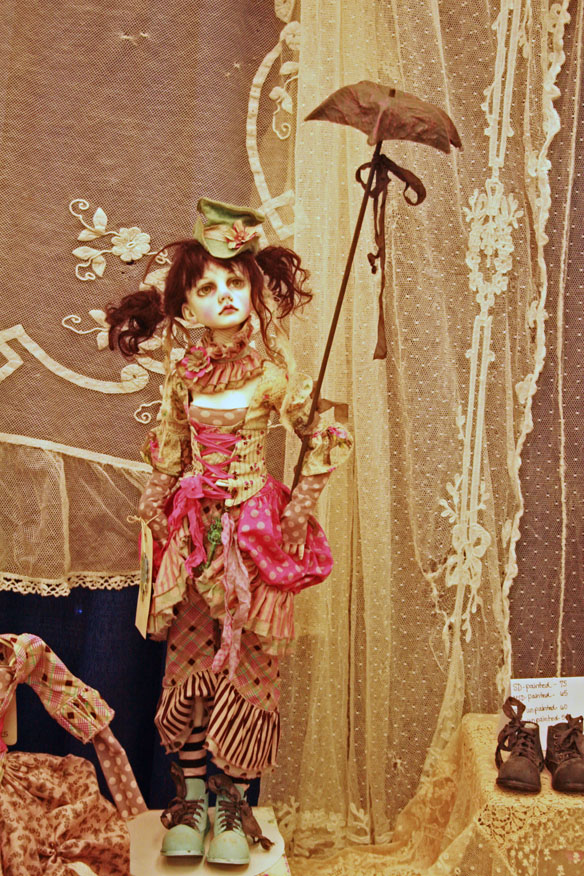 This entry was originally posted at http://modernwizard.dreamwidth.org/1684039.html. You can comment here, but I’d prefer it if you’d comment on my DW using OpenID.