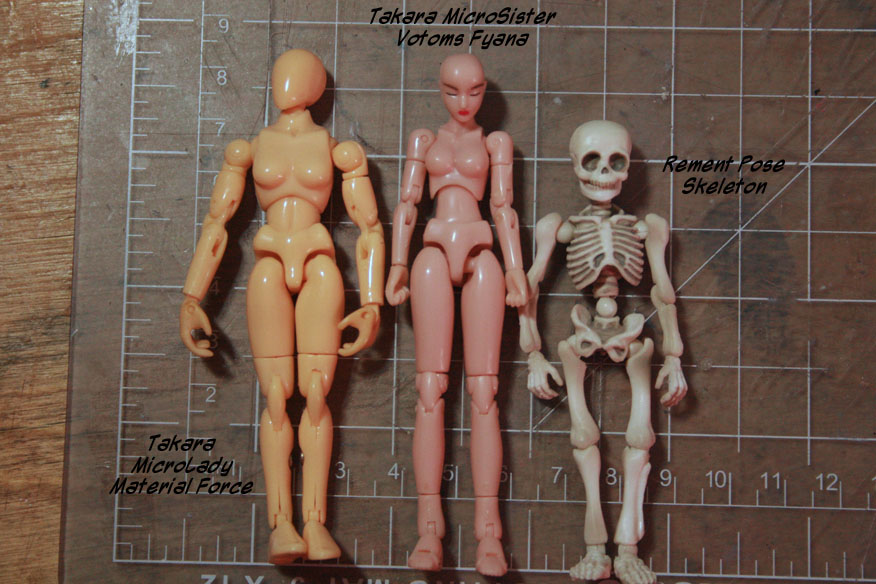 I originally hoped that I could swap Beth’s second awake head for my Takara Microlady’s blank one, but I quickly realized that I would not be able to. Beth has an overall slender, more delicate build than my Microlady’s, and her head would look ridiculously small on the Microlady’s neck; I don’t even think it would fit the neck ball.

In comparison with the Microlady, Beth has a few pluses. She boasts more compact, tighter articulation, so, even while very lightweight, she feels like a more solidly made figure. With this iteration of the female figure, Takara also improved the construction; for example, the ball-and-socket ankle joints obviate that ugly split up the shins from which the Microlady suffers. Beth also has even more articulation than my Microlady, with separate balls and swivels to articulate her ankles. She also has articulated feet, which immediately wins her the coveted title of the doll in my small population with the most articulation in the least amount of space.

On the minus side, there are two detriments. The first is Beth’s neck. Unfortunately Takara did away with the double ball of my Microlady’s in favor of a single knob. Beth has plenty of swivel and a little bit of tilt to her head, but she has nowhere near the range that my Microlady does.

The second minus is Beth’s legs. They’re over have her body length! They’re even longer than my Microlady’s! They look like they belong on a different and much lankier figure. I immediately set to work reducing them. 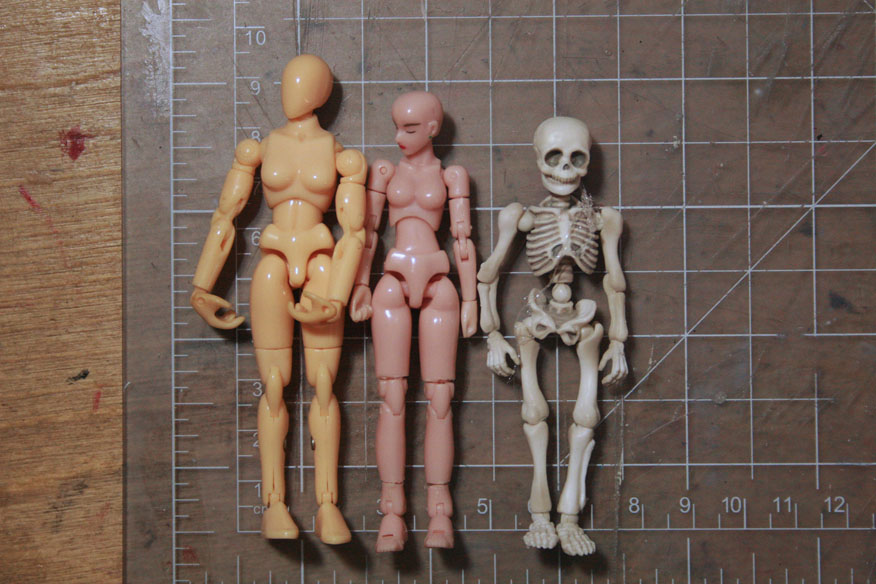 As you can see, I took a bit out of the bottoms of the thighs, the bottoms of the calves and the tops of the ankle pegs. The reduction amounted to ~0.5cm. I’m stilling thinking about reducing her height a bit more, as her feet and ankles still look ridiculously huge and elongated.

This entry was originally posted at http://modernwizard.dreamwidth.org/1703247.html. You can comment here, but I’d prefer it if you’d comment on my DW using OpenID.