I rarely share in public what goes on with the characters in my head, but this is one of the more innocuous events.

Sadine is the Coil’s rock star domme who brings in so much business that she gets her own assistant, which is Jareth. It’s mostly executive assistant work, with a ton of calendar management. Lately, though, she’s been getting a lot of really low-quality crap from the web content specialists who are ghosting her blog copy, and so we begin our vignette… 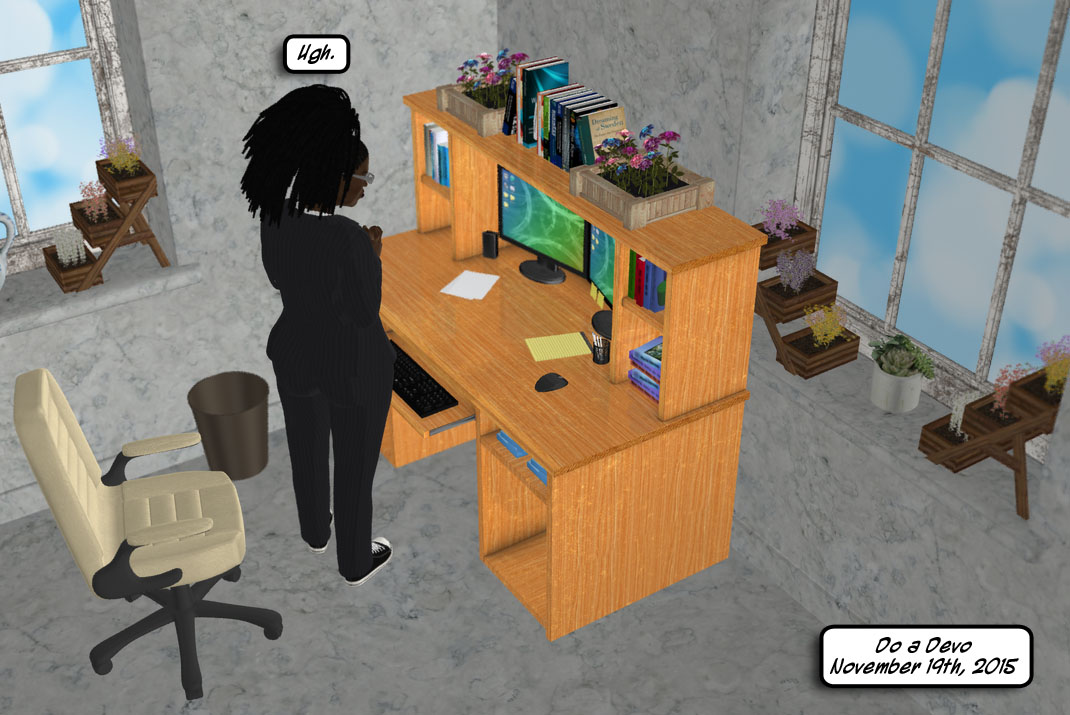 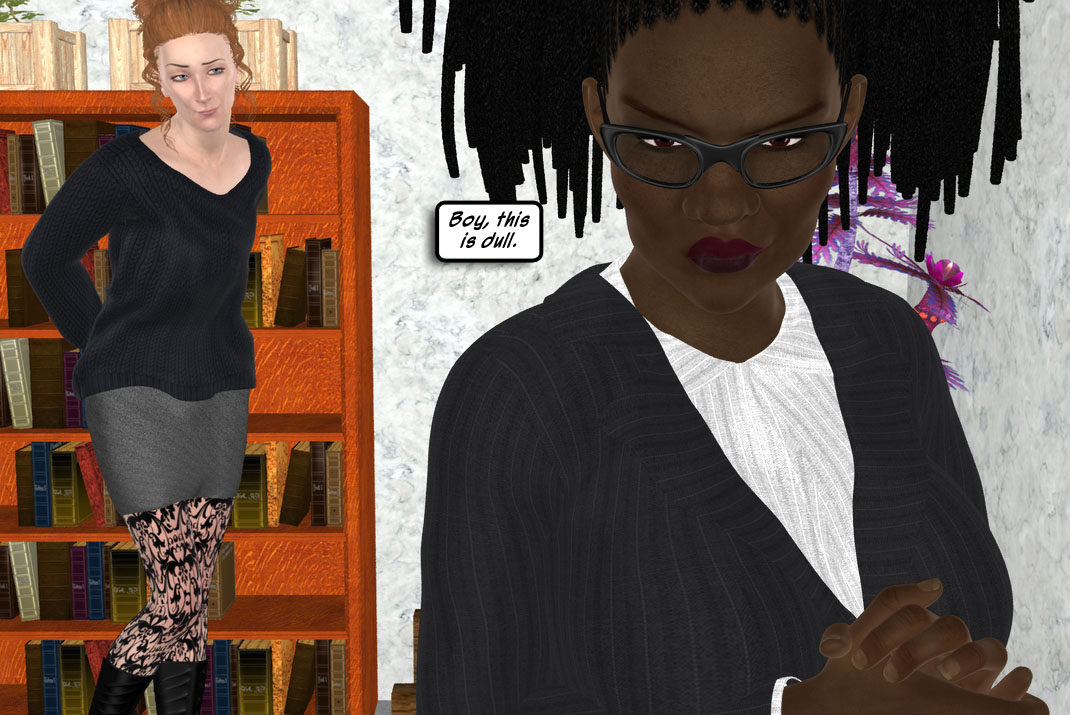 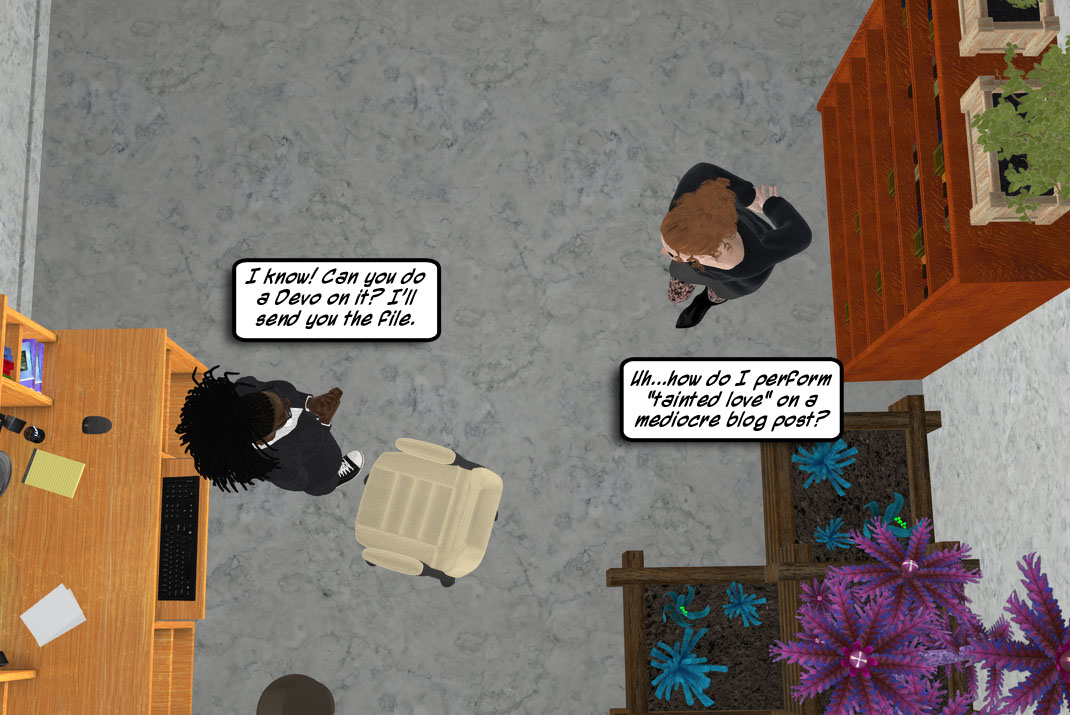 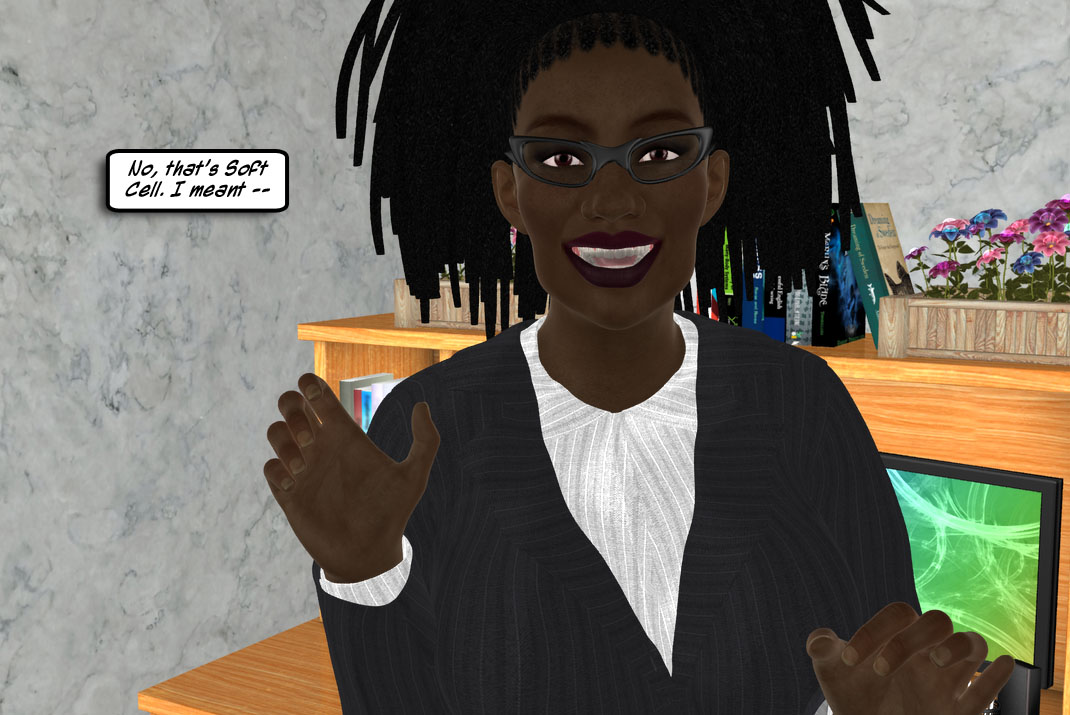 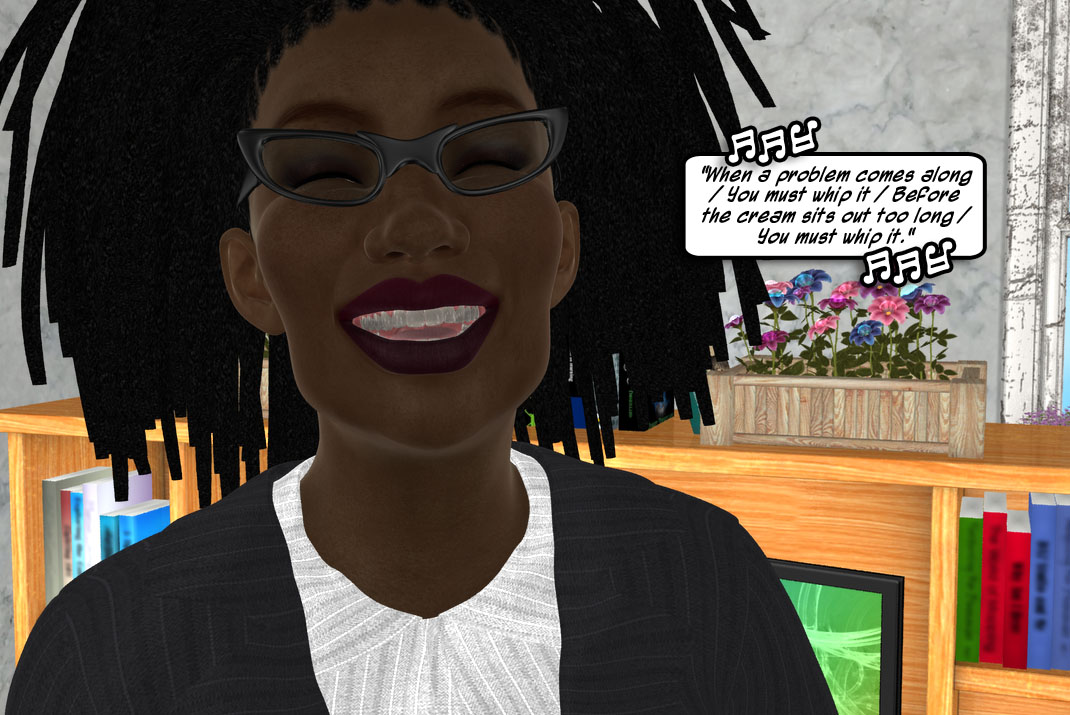 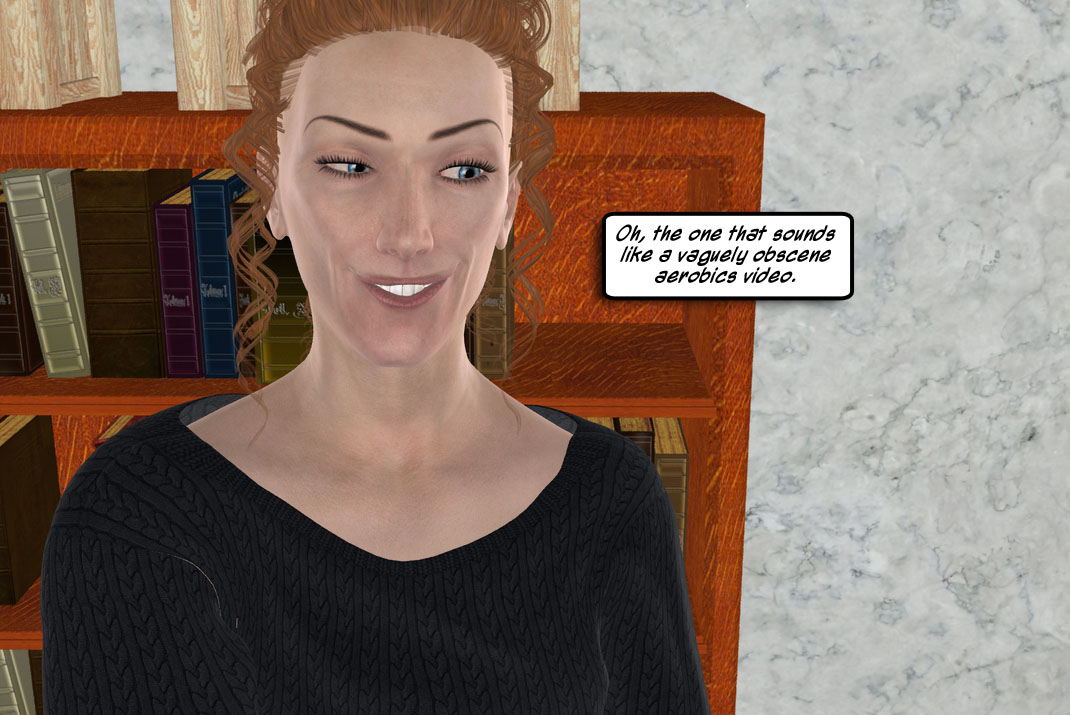 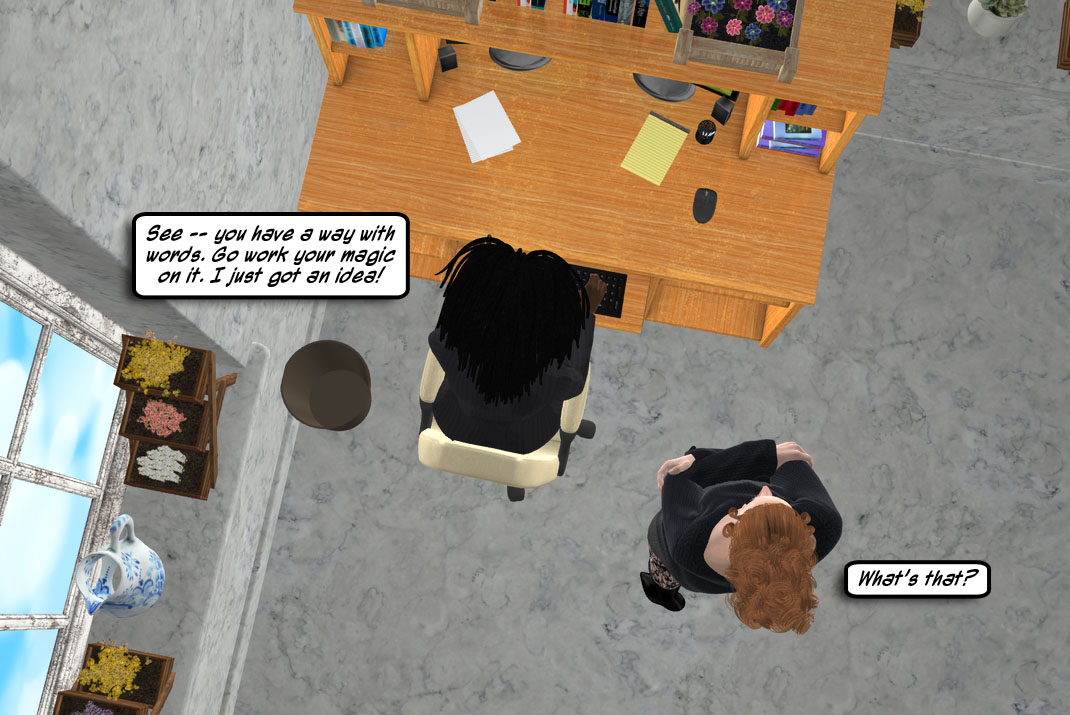 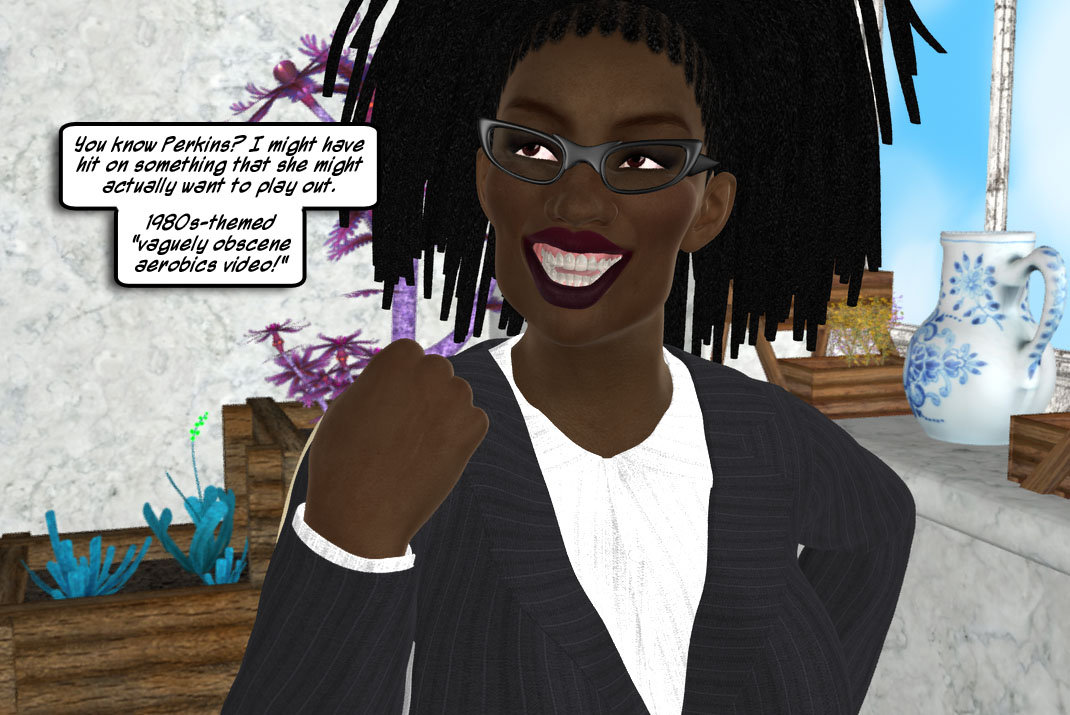 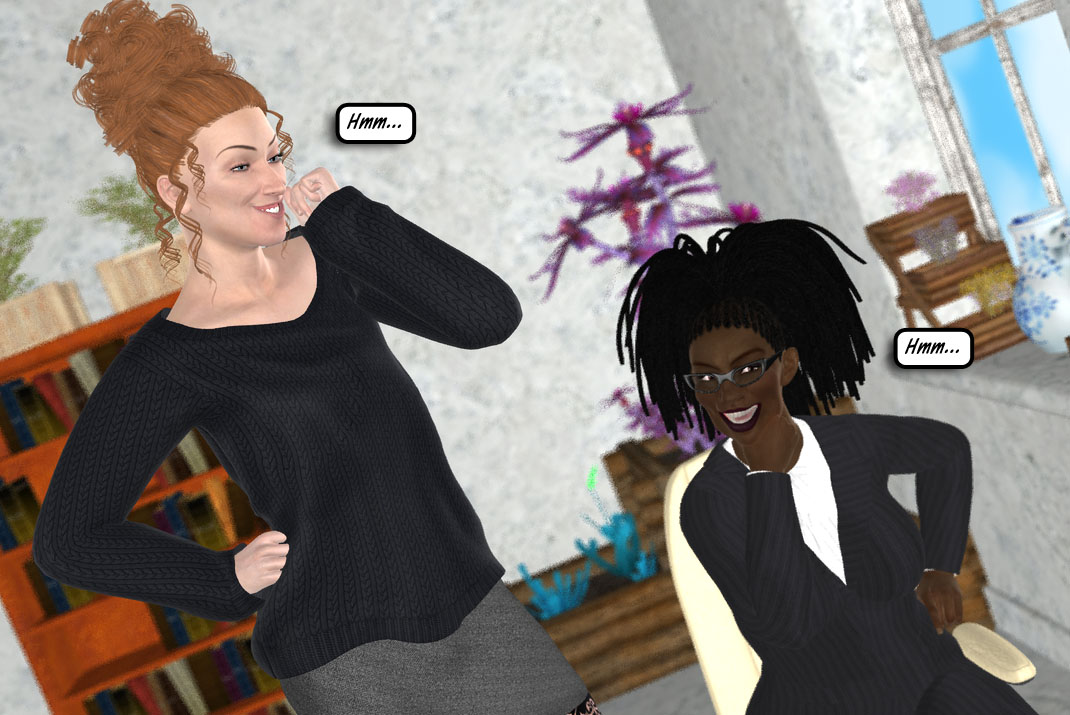 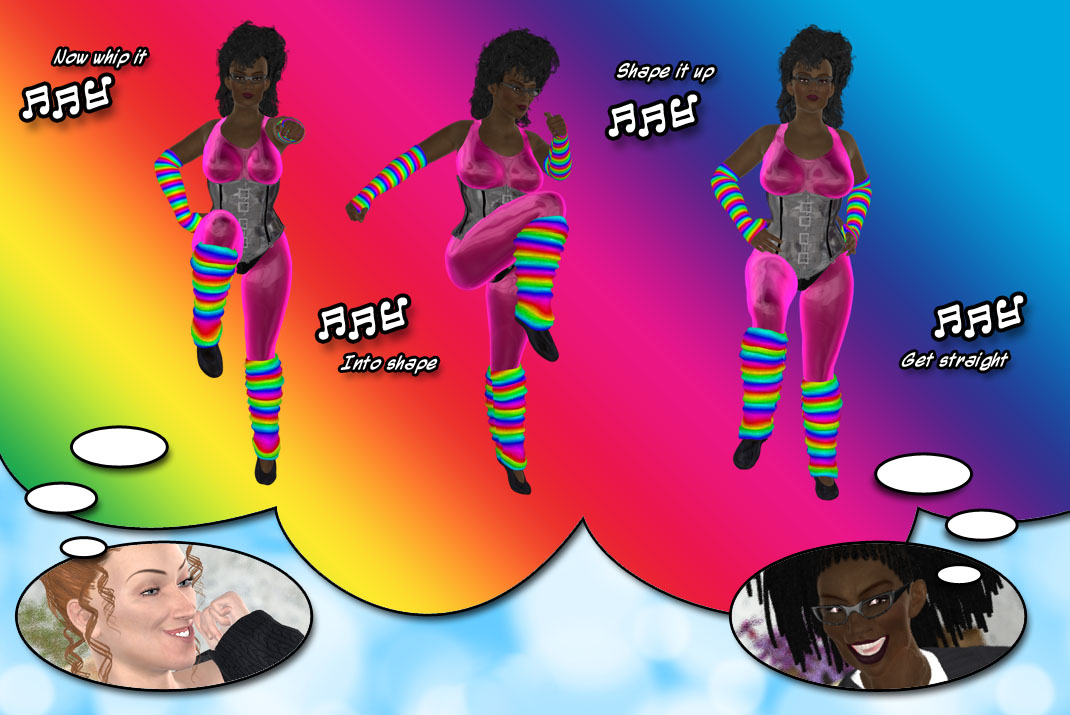 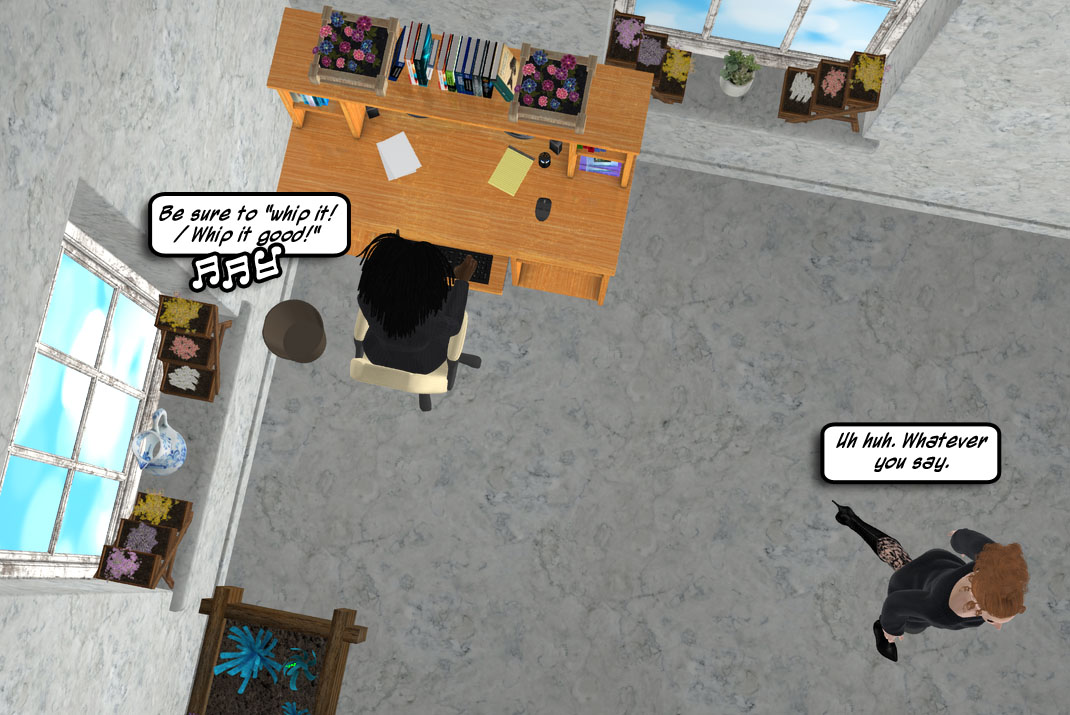 Anyone want to see the followup about Jareth, Sadine, and the dulcet melodies of Rammstein? 😀

Sadine is a Genesis 3 Female base with some Daz Bethany dialed in, but mostly custom head morphs by me, wearing a texture from the character Amy by Silver and Raziel, but tinted brown and with light blue specularity, makeup from Neikdian’s G3F LIE Makeup Set, 3D-GH Design’s G2F Fara Hair, Slosh’s SPEX for Gen1 with MichaelHaze’s Metal Shaders, OziChick and RavenHair’s G3F Business Suit with shaders from Khory_D’s Verne Trading Co. set, and mytilus’ V4 Free Sole shoes.

Poses are mostly from Sedor’s BWC V6 Runway Poses, G3M Urban Model, and tuketama’s V4 Aerobics. All of Sadine’s expressions are custom made by meeeeeeee.

Other utilities I should credit include Valzheimer’s Wear Them All clones to convert earlier clothing meshes to G3F, as well as Zev0 and DraagonStorm’s V4 to G2F Pose Converter and G2F to G3F Pose Converter.

I think that’s everything. If it’s not, it’s 99% of everything, and I’m not exhausted after a half an hour of cataloguing my sources, so I’m concluding this entry.