@dollsahoy gave me a Mego 13″ Bionic Woman recently. I love robot dolls, and I had never encountered this one before, so of course I was thrilled. This doll is in the likeness of Lindsay Wagner as Jamie Sommers. Unlike most Mego celebrity portraits, which are sharp and square, with insufficient cranium, this headsculpt has more rounded features and nearly enough cranium. The wide smile is also charmingly done. I can’t attest to the likeness, but to me she bears a certain resemblance to Britney Spears. Anyway, I quickly named her Sappho the Lesbian Love Bot / the Lesbionic Woman. She’s just your average cheery seven-foot lesbian with a big smile and a penchant for bright colors, and she’s looking for love. Look at her beautiful facial screening!

Sappho has almost as many joints as today’s action figures, but that doesn’t mean they work well. With only a neck and a waist swivel, her upper body poseability is curtailed. It’s impossible to get ninety degrees of flexion out of either her elbows or her knees. Additionally, she can’t spread her thighs or her arms away from her torso. Her inability to plant her legs farther apart greatly reduces her stability, but she can stand alone in certain positions.

I conditioned her hair and trimmed it in an effort to improve its look, but it remains stiff. I dressed her in an outfit that would show the computer chips embedded in her arm. The dress comes from a generic 11.5″ fashion doll, but fits Sappho’s larger frame because of its stretchiness. Her leggings from Old Joe Infirmary are made for female action figures. No idea about her shoes, but they fit perfectly. Her antennae are, of course, pins that I jammed in her head. I think she’s adorable. 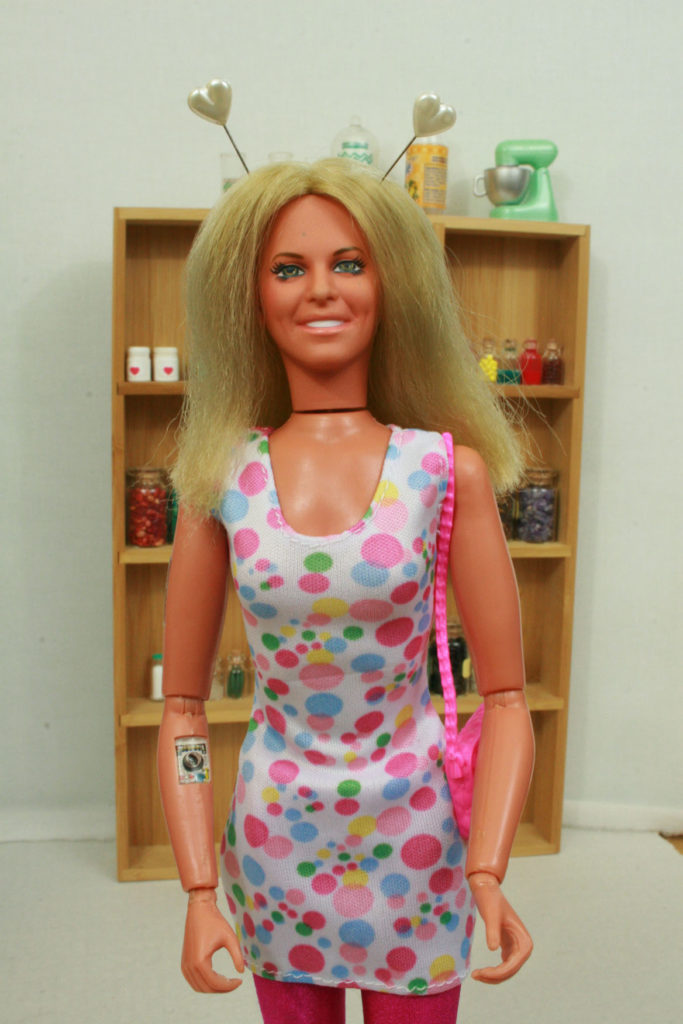 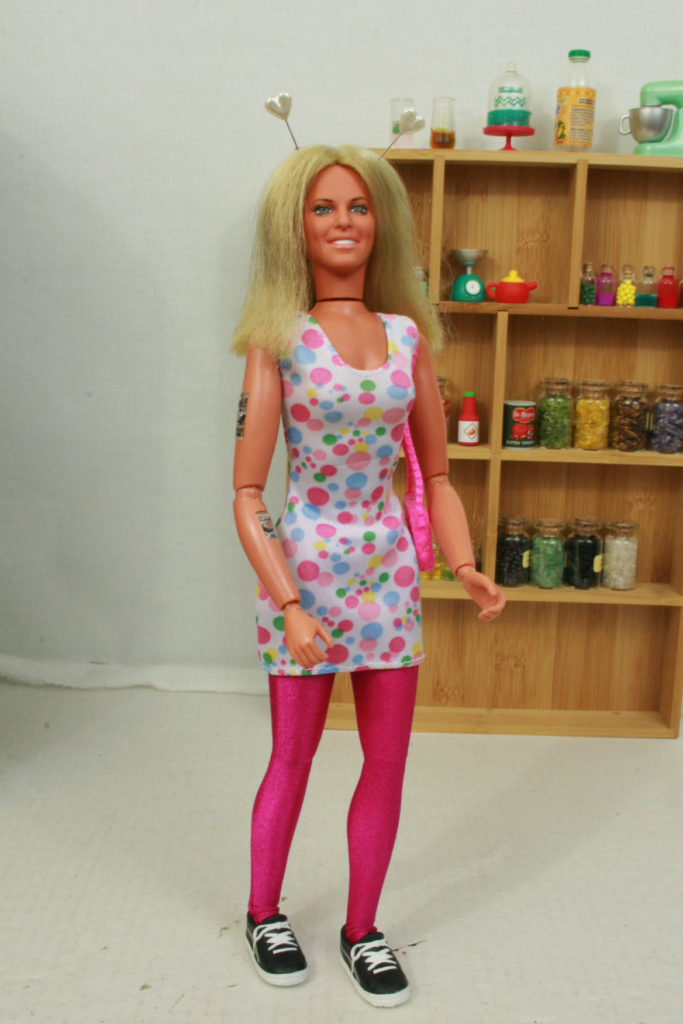 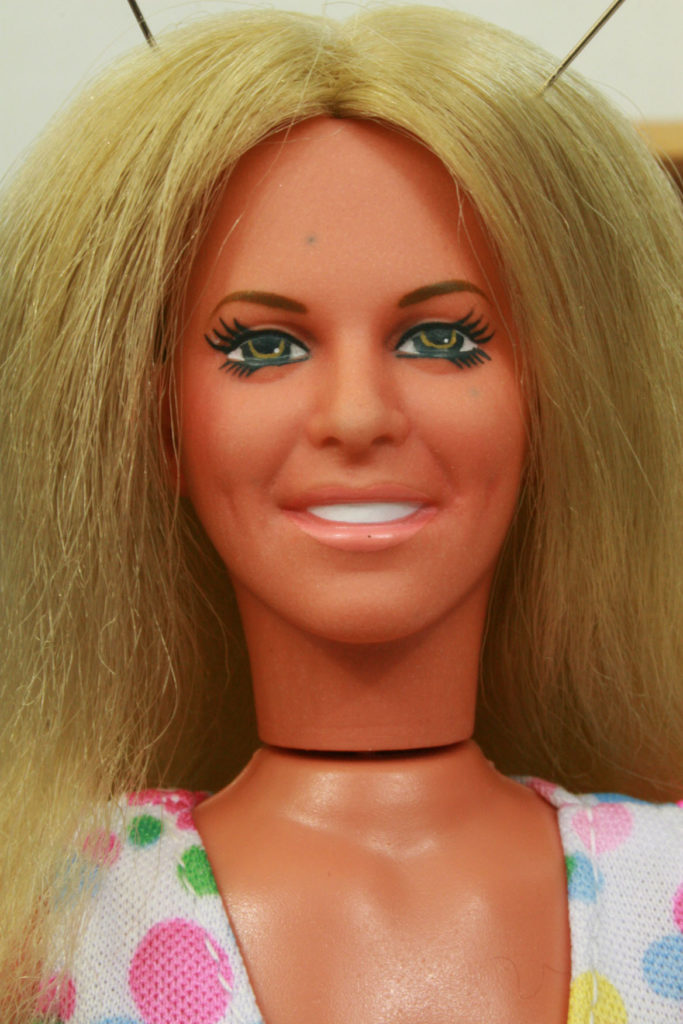