My 1:9 scale Bill had a thigh gap that was bugging me. People tend to sit with their thighs side by side, but the first picture below illustrates that the Toybiz 8″ Famous Covers Storm body could not put its thighs together.

I hacked the front of the crotch off and discovered the reason for the thigh gap: the structure of the thigh articulation. At the top of each hip is a peg that locks into either inner side of the crotch. The length of these pegs, plus a soft plastic buffer between the heads of the pegs, accounts for the width of the crotch and thus the cursed thigh gap.

I pried the legs out of the sockets and lengthened the bottoms of the inner thigh channels so that the thigh pegs could rotate more than 90 degrees inward. I also removed the soft plastic buffer between the heads of the thigh pegs so that the hips would be looser in their sockets. This would bring them closer together and give them more flexion.

I still needed something to hold the legs in place, since the original crotch front was hacked off. 22 gauge soft brass wire to the rescue! I cut 6 strands and drilled a hole in the crotch front parallel to the pubis, then sank the wires in there with hot glue. I passed the wire tightly around the thigh pegs, then threaded them out through a hole that I had drilled in the rear. 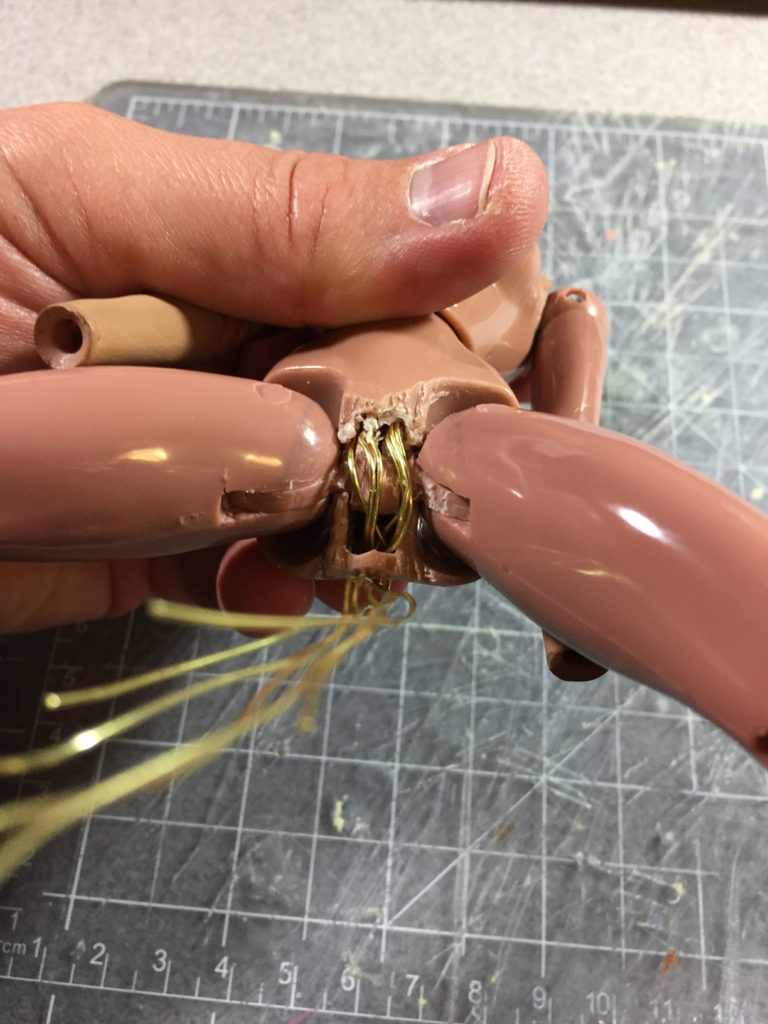 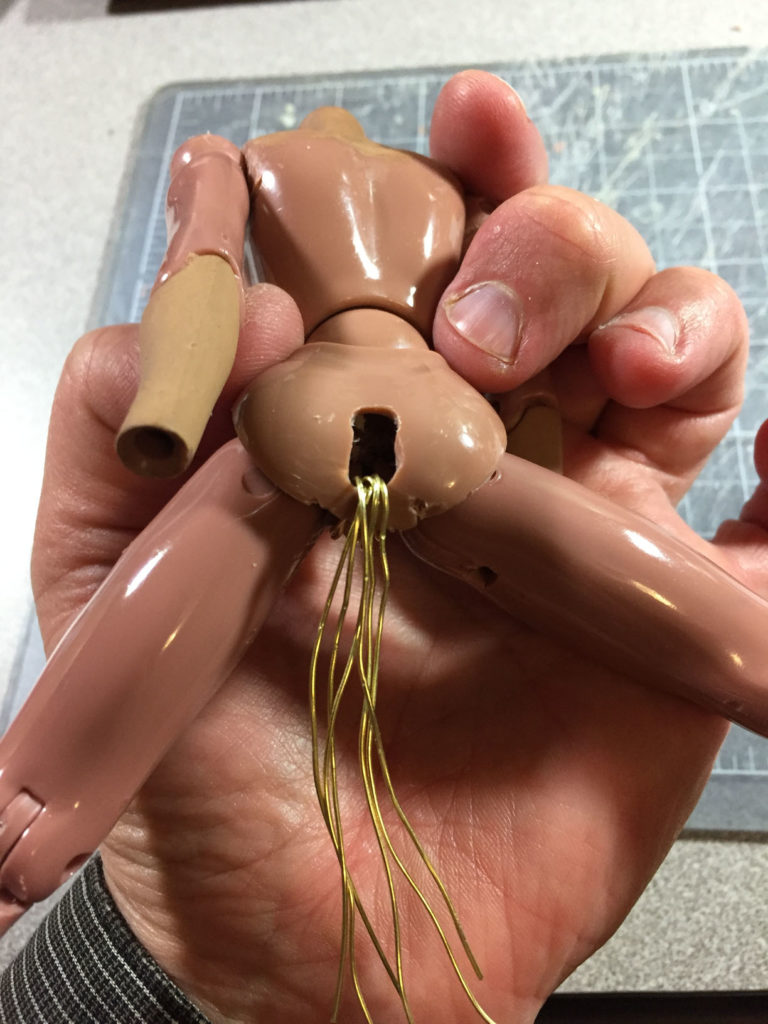 This project is going great! I can’t wait to see her finished!