Since I last took a picture of 1:9 scale Bill, I performed several minor mods. The tendons on her right hand stood out prominently, so I filled in the back of her hand with some Aves Apoxie Sculpt and painted it to match. Fortunately, Craft Smart Golden Brown acrylic paint allowed me to match her hands to her head [and other painted parts of her body] without mixing. I sealed her hands with matte varnish.

I then turned my attention to her hair. When I ground down her jaw, I also chipped paint off the bottom of her hair. Therefore I started with a layer of blackish brown to cover all of her hair. Then I dry brushed a layer of Folk Art 940 Coffee Bean acrylic paint over her hair. This gave the impression of light touching the ends. It also brought out all the detail in the sculpt, which had formerly been obscured by the flat black paint.

For my final work, I’m going to enhance her faceup. She needs eyeliner, bags under eyes, more defined smirk brackets, and some eyebrow texturing. Probably some lip texturing too. The basics are there; they just need a little help. I’m really appreciating the Titans vinyl figures. Many of them [not all, but most] combine a recognizable likeness with a great caricature. The simple, but accurate, details of the sculpts are lost beneath indifferent paint jobs.

This 1:9 scale Bill doll has started me on a scale that I never thought I’d get into. But now I have embraced it with enthusiasm. As I mentioned before, I have a Titan First Doctor that I will make into Shalka Doctor, and I’m getting a little Delgado Master next month. I have also prepared my digital version of Alison for printing in 1:9 scale so I can make her, thus completing the Dork fam. 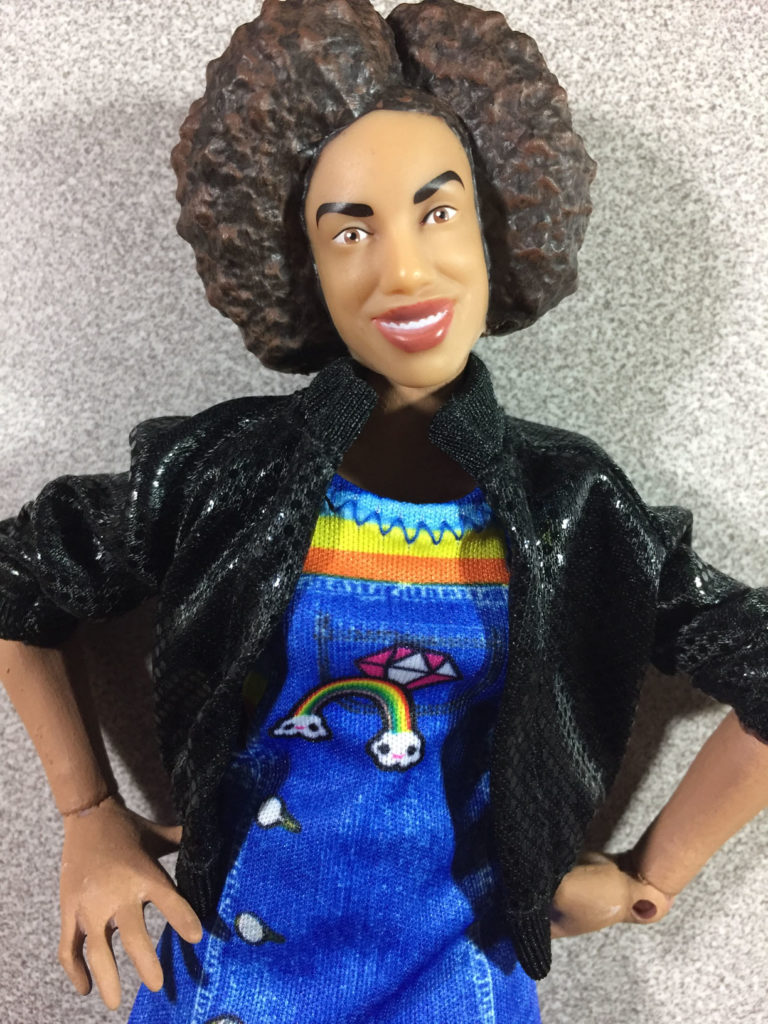 She looks great so far! I enjoy 1/6 primarily, but other scales can be a lot of fun (also you may be able to find building for this crew).