I made some more counters out of a box top, which I cut in half and added hot-glued dowels to for legs. They’re so realistic that they have shims under one of the legs because I cut them imperfectly.

I also got a magnetic whiteboard for a neutral background and wrote a sign shilling for the freakily large produce. It’s really starting to look like a store with the signs! 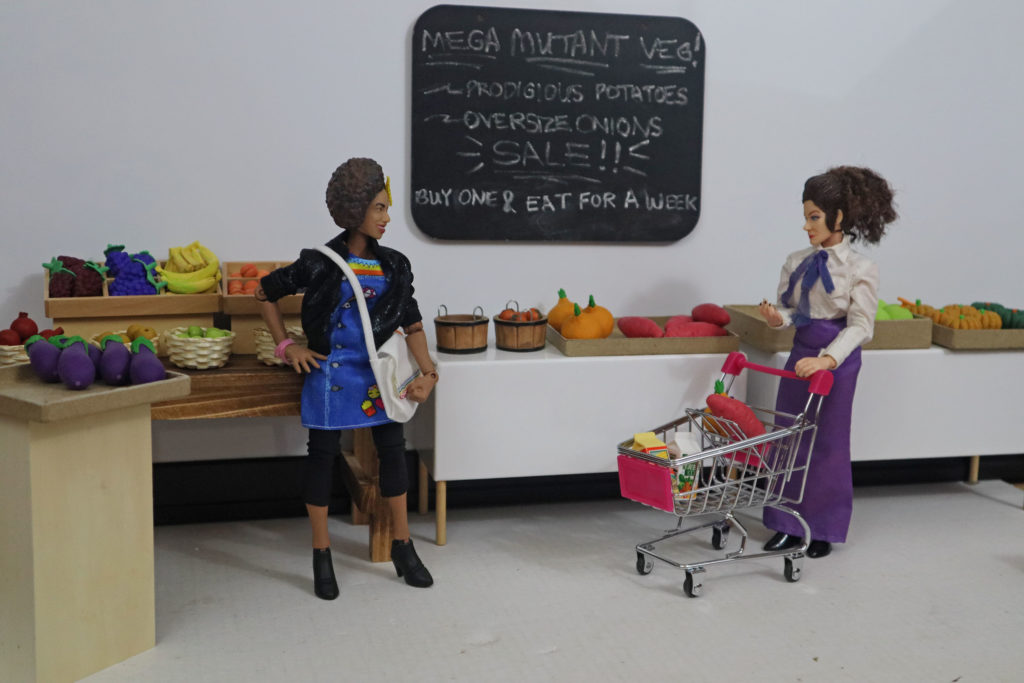 I also found some suitable candidates for 1:7.33333333 extras. My Little Dorks and other kid dolls will work fine, especially if I shoot them from the back. The teenager with the double ice cream way over on the right is, however, too tall. 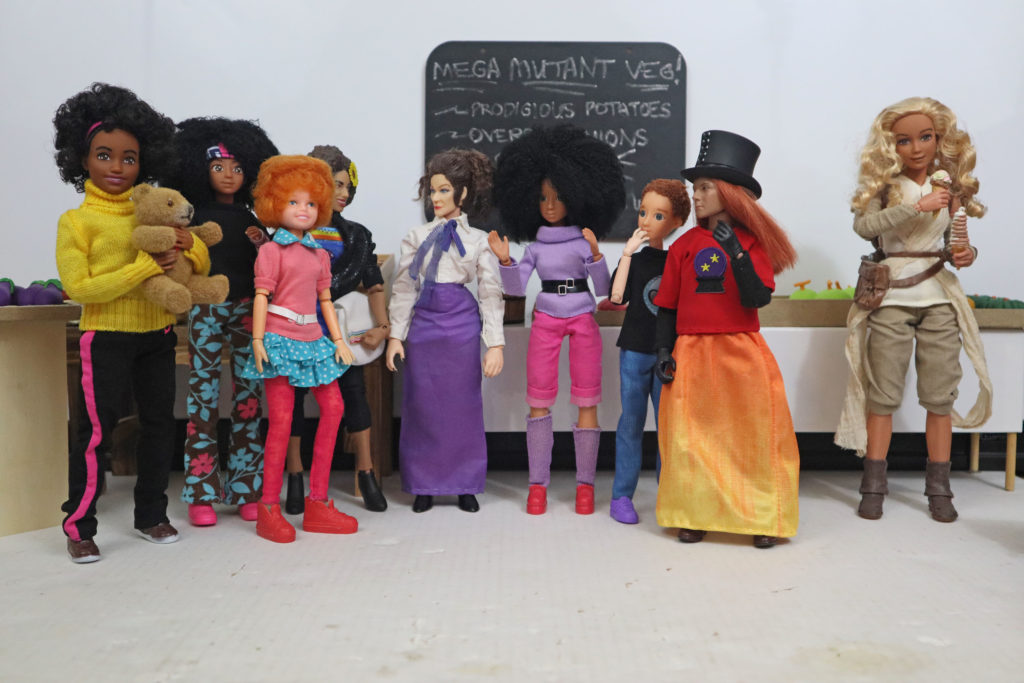