I decided to disembarrass myself of House Rainbow Barf’s heavy, ungainly roomboxes. As an alternative, House Rainbow Barf and inhabitants have moved to an open-plan apartment on the bottom shelf of a bookcase in my bedroom. I also got rid of most of the furniture that went with the roomboxes, so Jujube, Jeff, Dorothy, Honorine, and Ishi are furnishing their loft with a combination of boxes and Rements mostly. 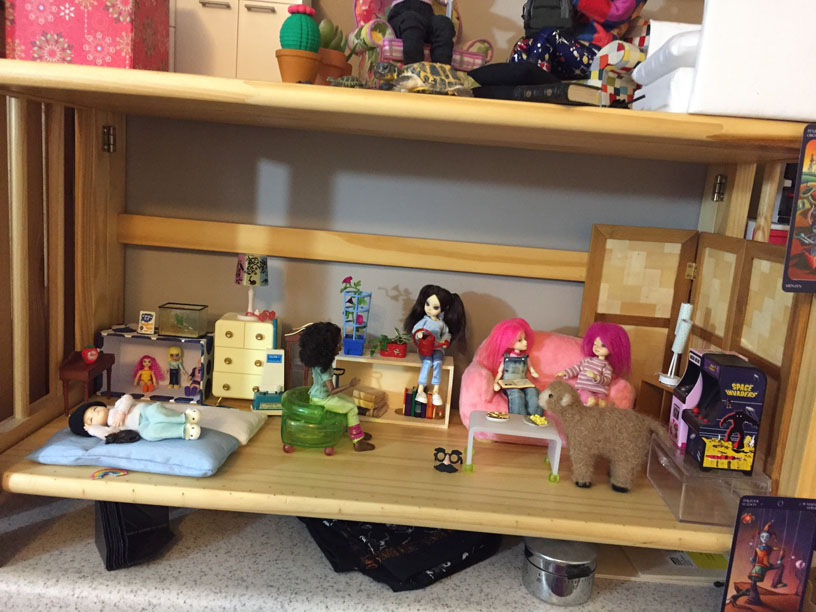 While I was rearranging stuff, I also worked in a larger scale. I broke up my lab of dubious science set in favor of a more realistic kitchen set.