I write all my fanfic from the perspective of the Doctor having recovered from much of their misery. They are now playful, witty, elliptical, and silly. They love plants and music; they frequently express themself in poetry and puns, and they do not match at all.

Anyway, my first doll of the Doctor was a custom resin Richard E. Grant head [not sure of creator] on a standard overmuscled male action figure body. They started off looking like this.

I liked their inquisitive, wondering look, but the doll didn’t really fit the character. I picture them as lanky, gangly, awkward, and messy, with lots of things stored on their head and in their pockets. In SotS, they’re also really pale. To that end, I had my friend print out in resin my digital version of them, which looks very much like REG, but in a different direction. I painted them up, plopped them on an Obitsu Slender Male body, and then dressed them in the clashing layers that I’ve always envisioned for them. Since they’re frequently playing with plants, I also aged their pants with dirt, grass, and colored pencils.

The faceup is one of my usual stylized ones with a minimal palette. With a leaner face, darker eye bags, and more wrinkles, the Doctor 2.0 looks noticeably older than the Doctor 1.0. Though I tried very hard for a neutral sort of smiling expression, their face, while open and welcoming, retains a stillness. With their longer, looser hair, their mismatched clothes, and the stuff on their head, they seem to be very much in the midst of something in the way that the Doctor 1.0 never did. I initially wanted a more joyful, energetic expression, but I like my more relaxed and reflective Doctor. Knowing them, they’re probably plotting how to set gardening puns to music…

Also I got a Mattel Snape doll, and the Master stole his clothes. 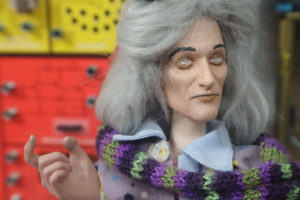 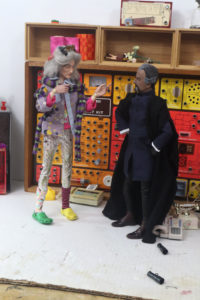 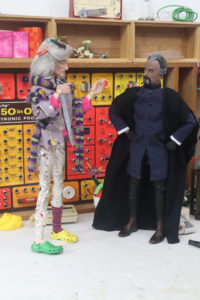 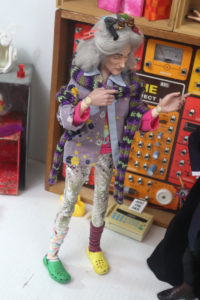