As I am recreating the LHF cast in 1:6, I, of course, want to make their plastic avatars as accurate to their likenesses as possible in terms of build, relative height and general proportion. I don’t have a problem with anyone over 18, since I can use CGs/PBs for the women and DMLs/Obitsus/BBIs for the men. I do, however, have a problem finding good, highly articulated bodies for children. Obitsu bodies are very flexible, but slight and frail in build, which means that they usually look out of proportion with the fashion doll/action fig heads I’d like to use for my kid dolls. What do I do?

Take the example of Absinthe. She’s Will’s first significant other, the one who turned him into a vampire. Since she died somewhere between 11 and 13, she has a barely pubescent body. However, she has matured emotionally and mentally since dying in the 1820s, so she’s essentially a grown-up in a kid’s body. My 1:6 version of her needed to be at least as articulated as a CG [double-ganged elbows and knees being key], of average build [as opposed to the Obitsus], proportionately smaller than my 1:6 adults and capable of accepting an action fig head.

Started out with a Toybiz fem body, as found on the LOTR 12″ figs that came out a few years ago. Took off the feet to reduce some height, but legs were still way too long.

Took 0.75″ out of each upper thigh with a small craft saw. 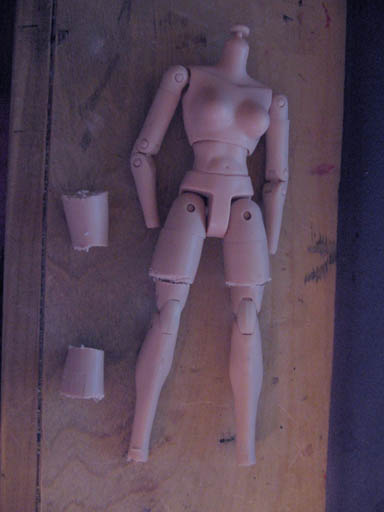 Did a double masectomy with craft saw and Xacto knife. Smoothed edges with 150 grit sandpaper, but didn’t fill in holes, as they will be covered with clothing. Plus I am lazy. 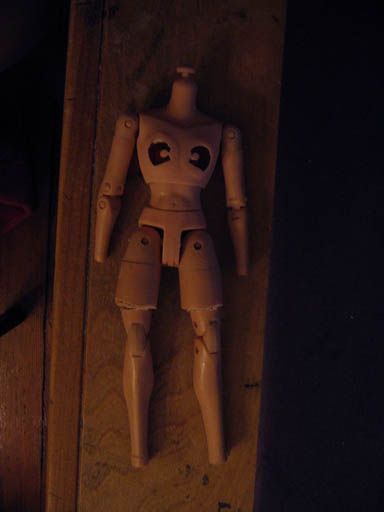 Carved down upper thighs with Dremel, Xacto and 150 grit sandpaper. Again, no finishing as this will be hidden anyway. Lower legs reattached with hot glue, my bestest friend. Testing out Obitsu slim male hands in this photo, but they are too large. Head is a repainted Sea International fem. 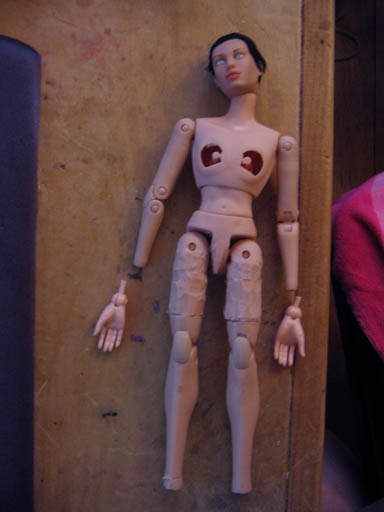 Ended up using original Toybiz hands after narrowing fingers down with Xacto knife. Absinthe, now 8.5″ tall, is waiting for her hair. 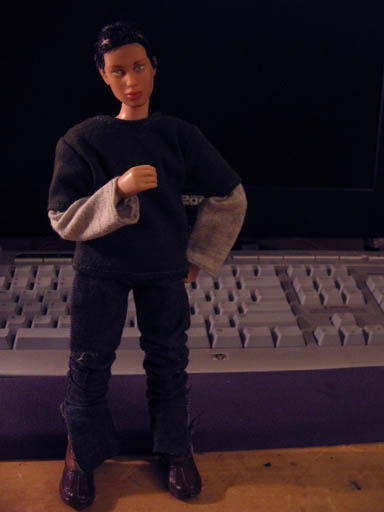 I have to say this is really impressive, I’ve always admired this kind of work.