Originally I wanted a Notdoll Lucy for Little Anneka, but I don’t have the money to buy one right now. However, I do have an extra Elfdoll Kathlen awake plate and a sleeping plate. I decided to use Kathlen’s built-in smirk and create a mischievous younger version of Anneka on a cut-down Obitsu body. Here she is, waiting for her hair. Apparently, before she grew curves, Little Anneka was quite the androgynous little squirt! Tune in later when she gets a shock of spiky brown hair. 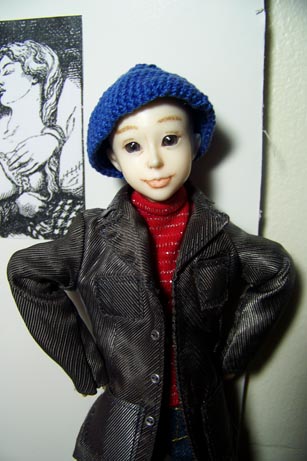 THAT CAME OUT FANTASTIC. It’s totally her face-shape. XD

She does look good! As for true accuracy, I guess the Thing To Do is to post a picture of yourself at that age, and see how much like you she looks, since Anneka’s choice of headsculpt is based on you…