Poor Mellifer. Unlike my other Soom Faery Legends, he doesn't stand around looking cool all the time. He sits around looking inquisitive and slightly anxious. I don't play with him as much as I do with Flower and Ginevra.

I thought the reason might be his annoyingly messy hair. Whoever designed his default wig wasn't thinking very well. It's dark brown, with long ringlets to the back of his knees, except for two sections at the front of his center part that are straight and shoulder-length. Naturally, these shorter bits pop out almost straight from his head, looking silly. Furthermore, though the ringlets look very romantic, they're a real pain because they frizz really easily. It's a wig that does not look good right out of the box.

In an attempt to make Mellifer more photogenic, I restyled his hair slightly. I used some small butterfly clips to pin back the straight parts of his hair. I also trimmed the worst flyaways. Then we went outside on the porch to take some pictures. 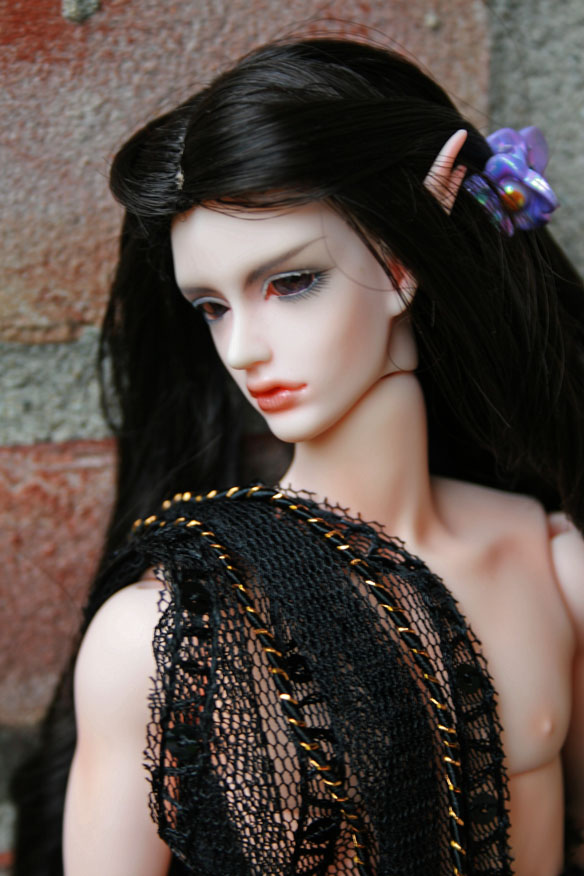 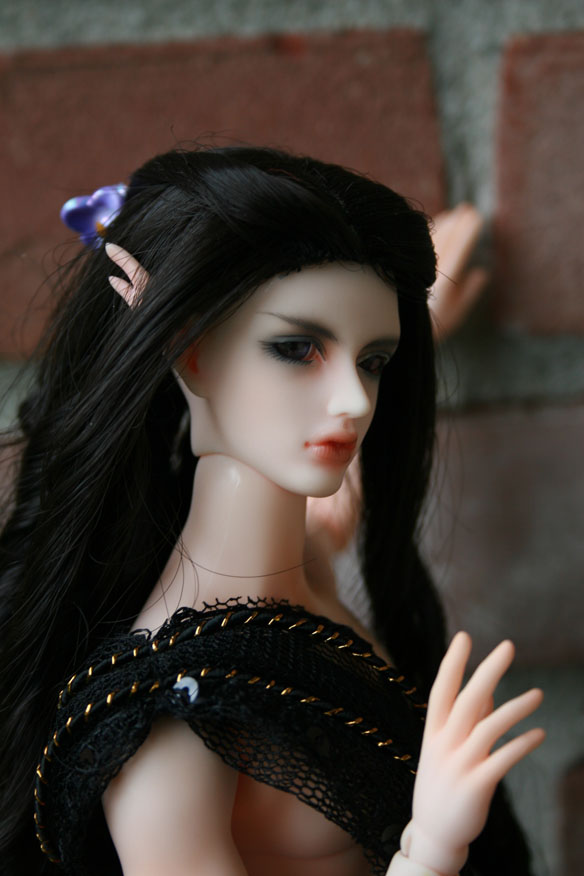 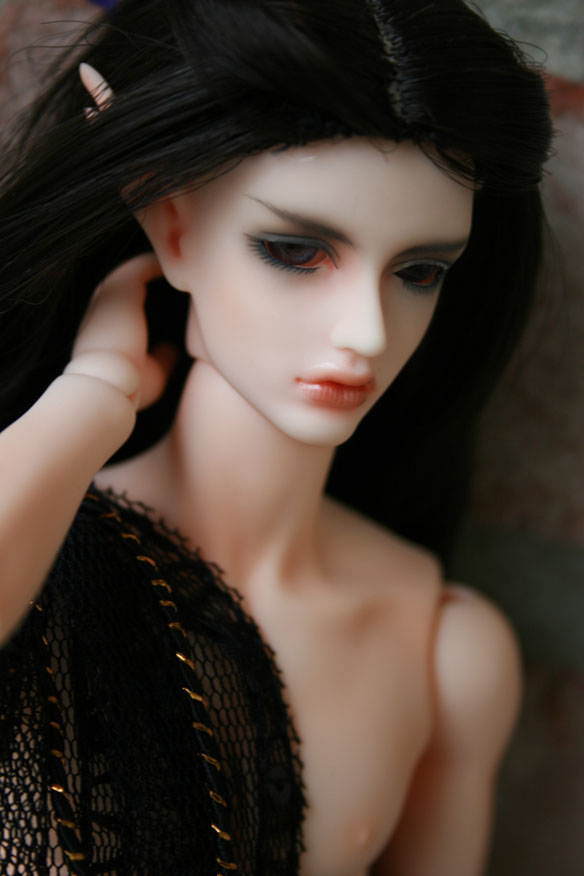 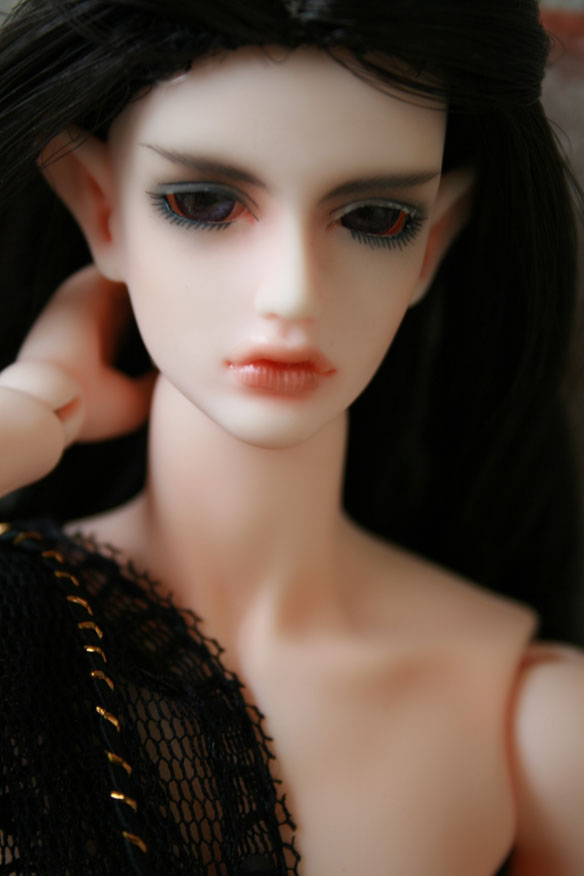 He was somewhat happy with his haircut, and so was I, especially since I could see the details of his cute little face better!  ^_^ As I scrutinized him, I realized that he has very Pre-Raphaelite features, especially the mouth.

But we still felt that Mellifer was not achieving his full aesthetic potential. I identified the cause: Mellifer's extremely dark brown hair, coupled with his black outfit, gave him a somber air, even though his character is much brighter [like Flower!]. He was not wearing the right type of clothes and hair.

I am currently thinking that Mellifer needs a long, bright red, center-part wig. I think that would go a long way toward lightening him up. Of course, doll purchases have to wait until I pay off my credit card. :p