Mint on Card very nicely provided me with some pictures of a blank in-stock Xagadoll Lara. They said I could use them as long as I credited the pictures to MOC. 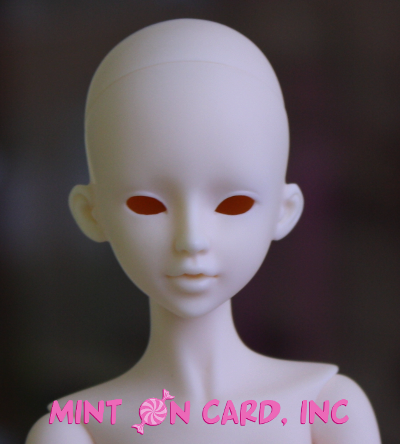 Too much forehead! She needs the ring between the two ends of the blue arrow ["slice"] removed. [I added the removal diagram.]

Nice shapely body with rather large breasts. Note double-jointed elbows! She's the only 1:6 scale BJD available with double-jointed elbows. [Souldoll's Vivi and Jandi are sold out. I suppose I could also could Dollmore's resin FMDs like Melissa Hon, but I have problems with Dollmore.] She has double-jointed knees too, but they are hidden because her legs are straight. 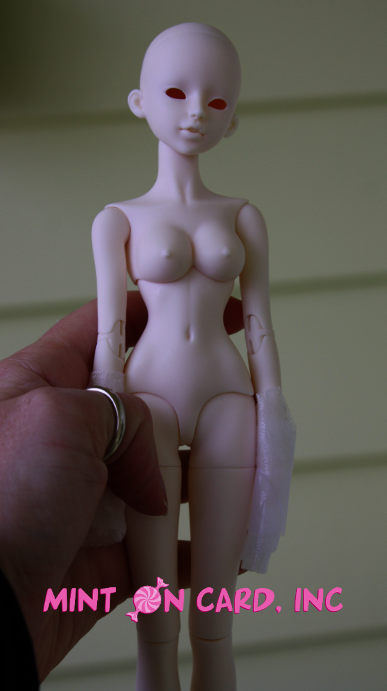 This is the kind of photos that would be great for a company/retailer to post on flickr. I saw Supia posting pictures of their dolls, particularly comparing bodies (old and new, rather than to other company’s dolls) and showing the range of motion.

Whenever I see Dollmore’s 12″ dolls, I keep thinking their necks are too short and shoulders too wide (in some cases).