This is what my desk looked like earlier this afternoon. ^_^ 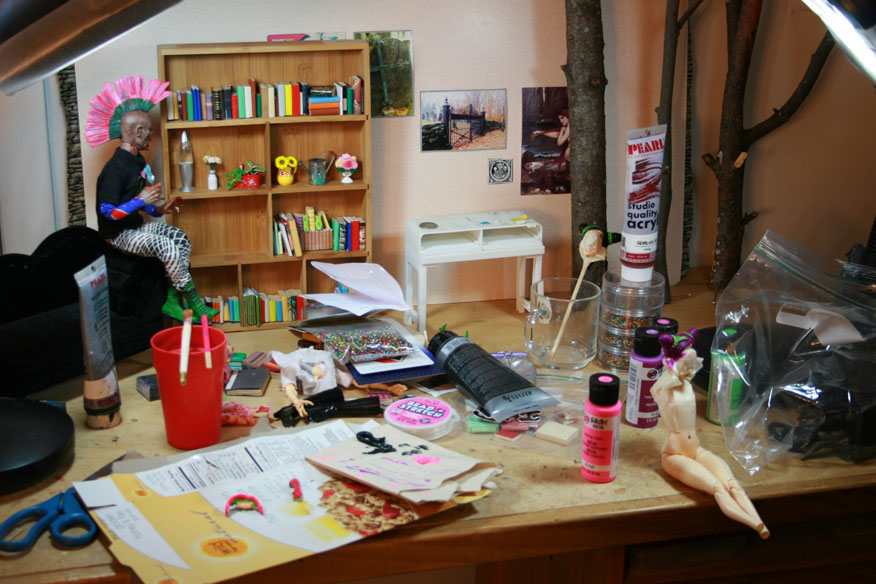 I’m repainting the neutral Jolyne head for a fellow Figurvore member. This is what she looks like after a first attempt on her lips. She still needs some touchup in the corners… The next two pictures show some digital manipulations of what she might look like with braids in colors other than neon green. 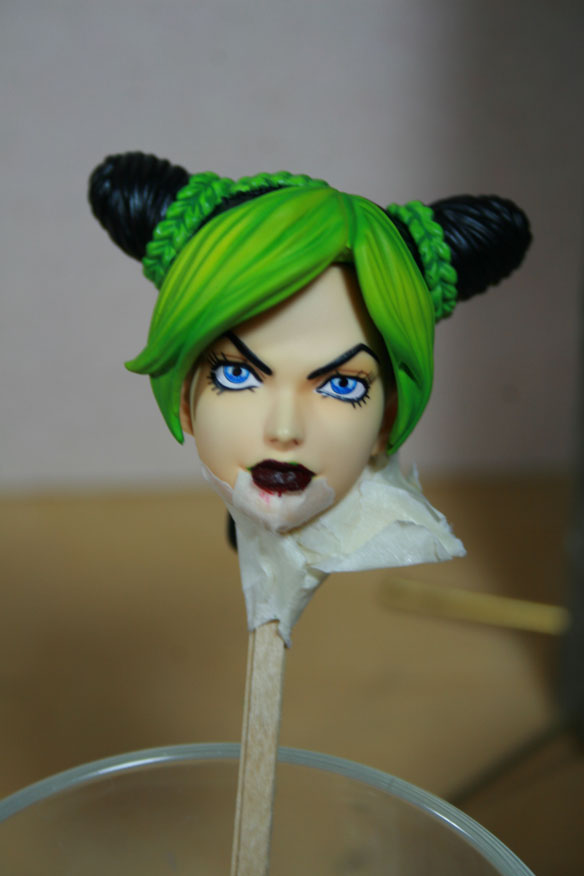 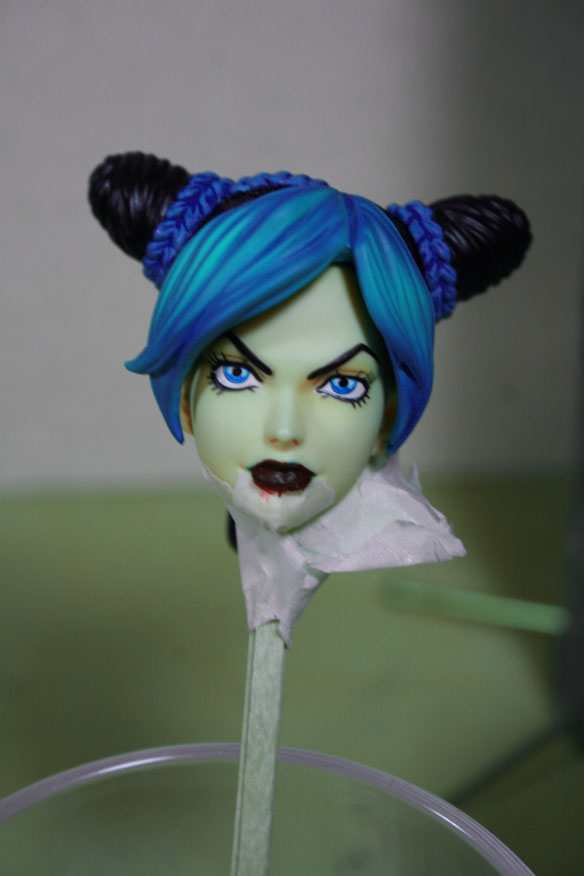 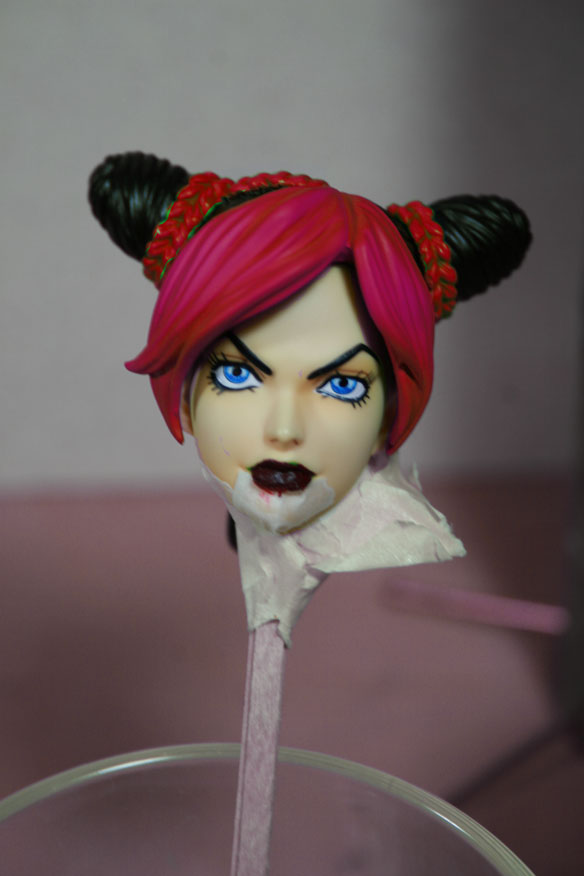 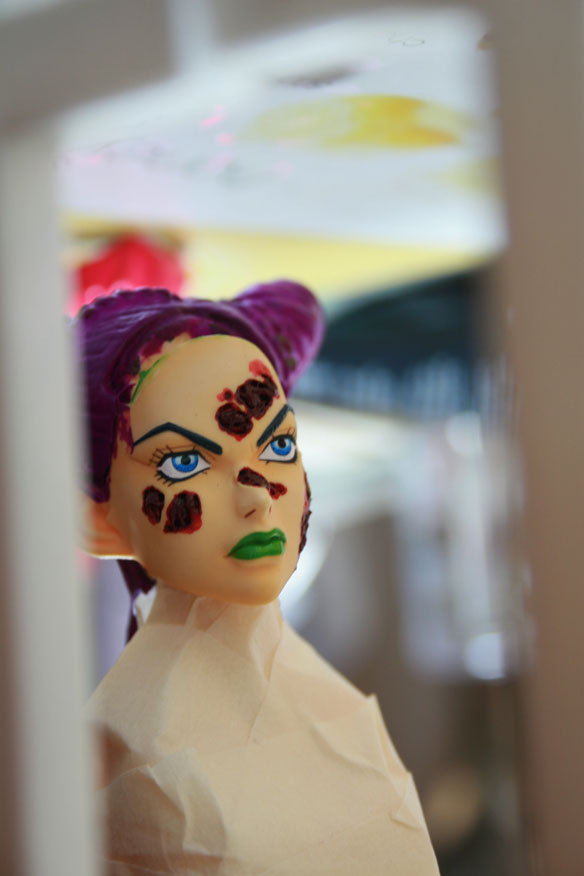 I actually turned that picture right side up because she’s currently hanging like this, in my attempt to keep the neon magenta paint from trickling onto her face. [She already has some magenta around her ears, despite my best efforts to cover that area with several layers of masking tape.] 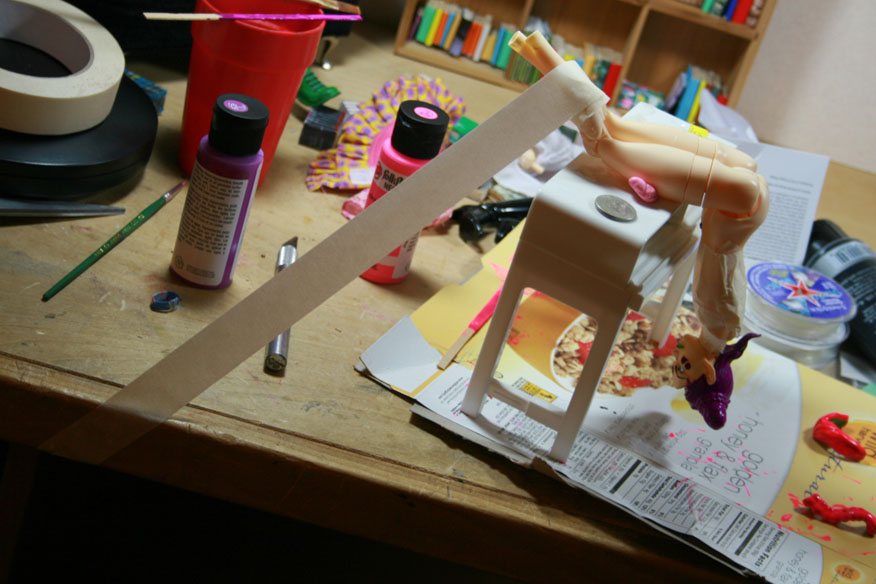 Repainting Anna’s hair is so fucking boring. Her base hair started out as a dark blue-black and her bangs and braids a neon green, both of which have proved rather hard to cover up, despite multiple layers of the neon paint. The neon magenta [for her base hair] and the neon pink [for bangs and braids] are both lighter than the original colors, so the original colors peeked through for a long time.

I had better luck with the neon magenta over blue black; it only took about six or seven coats to kill the blue black. That damn neon green is still poking through on the high points of Anna’s bangs and braids. I think I’ve done about eight or nine coats so far. I probably should have primed her hair with a few coats of white spray paint, but it’s too late for that now. Oh well. I’m stuck with tedious hand-layering.

This entry was originally posted at http://modernwizard.dreamwidth.org/1430089.html. You can comment here, but I’d prefer it if you’d comment on my DW using OpenID.