I improvised a sports bra for Isabel using a stretchy cropped tank top. Then I cut up a quarter of a tissue into strips, balled it up, then stuck it in each of her cups. Look — breast forms! And she’ll still fit into most of the clothes that I tried on previously. 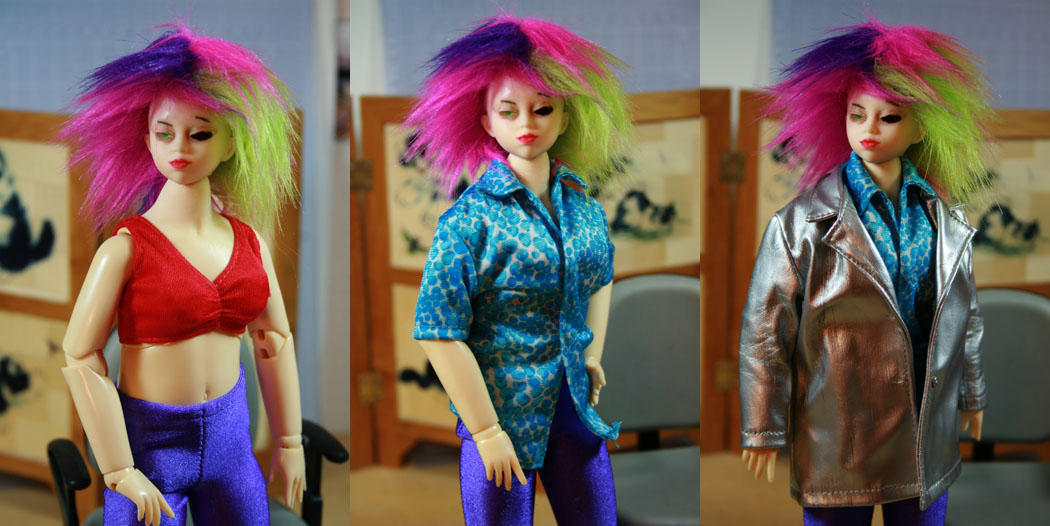 I think I’m done in terms of body mods for fat bodies. I could add sculpted fats around the hips and ass, but then that would reduce the number of easily available clothes she would fit in. I am therefore settling for a short, stocky body with a long thick torso and short, chubby limbs and neck. I actually like the concept of Isabel [and Carter] having breast forms instead of sculpted breasts, as the breast forms will compress more realistically.

The title of this entry comes from Isabel’s expression. If there was ever a terminally unimpressed and skeptical look, she’s giving it, right there.

As much as the pissy Doona Ryung faceplate appealed to me in the official photos, when I got her in hand, I was startled by how young and crabby she looked. I began to doubt that I would be able to transform her into Isabel, a non-crabby woman in her mid-30s. She began to become Isabel when I moved her onto a temporary adult body, found her smirk and added bags under her eyes. I got more of a sense of her when I saw that she rocked nearly every fur wig I stuck on her. But it wasn’t until this evening, when I saw her in all her dumpy [that’s the word she uses], sarcastic glory, that I knew I had made the right choice. Her face may be round and childlike, but her facial expression, her stance and her whole body are definitely that of a woman in her mid-30s. 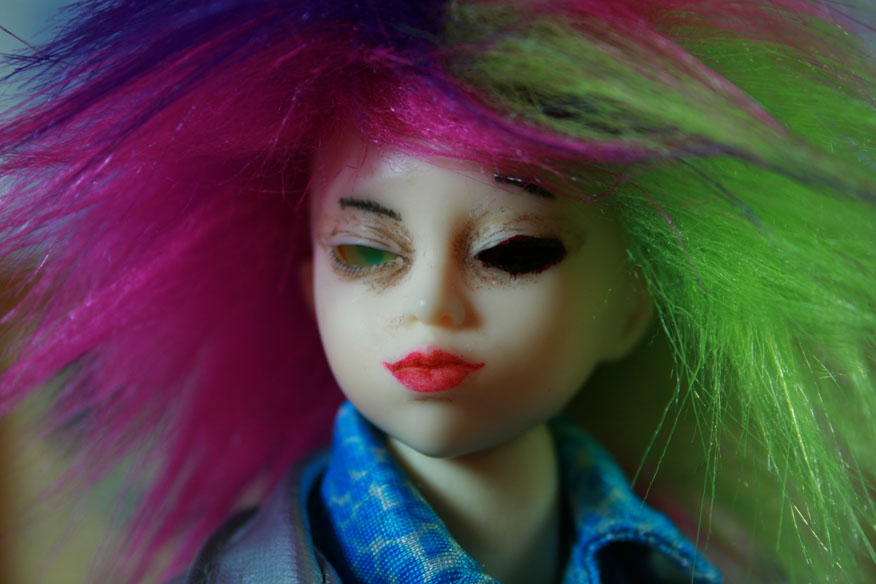 This entry was originally posted at http://modernwizard.dreamwidth.org/1449647.html. You can comment here, but I’d prefer it if you’d comment on my DW using OpenID.

Stumbled over here by way of Philly Collector. I am currently reading through your quest for fat dolls and fat doll clothes, and wanted to direct you to my friend’s post on this subject: http://playbarbies.wordpress.com/2012/02/03/our-collection-the-big-beautiful-ones/
I have found that the Dora the Explorer “Explorer girls” Doralink clothes fit most of the chubby dolls pictured. I found all of the clothing sets at Tuesday morning for 2.99.
The best ‘body’ I think of any of the fat dolls is Mimi bobeck…but of course she has shit articulation. I’m currently trying to mod one of the doralinks dora dolls to look good with a 1/6 size head (her body is the size of a stout 1/6 woman…but her head is ginormous.
Anyway, off to read your other fat doll posts:D