I made some 1:6 scale spaghetti this week. At first I coveted Rement’s Fun Meals #8, Spaghetti and Meatballs, but it’s out of print and running at ridiculous prices on Ebay. I am not paying $20.00 for a plate of plastic spaghetti! I don’t even pay that much for a plate of real spaghetti.

Anyway, I decided to make my own. I mixed up some yellowish tan polymer clay and rolled it into a long thin string. The I swirled the string into a pile and cured it. After curing, I added sauce. The lumpy consistency of the acrylic paint worked in my favor, giving the appearance of tomato chunks and possibly pieces of ground beef. 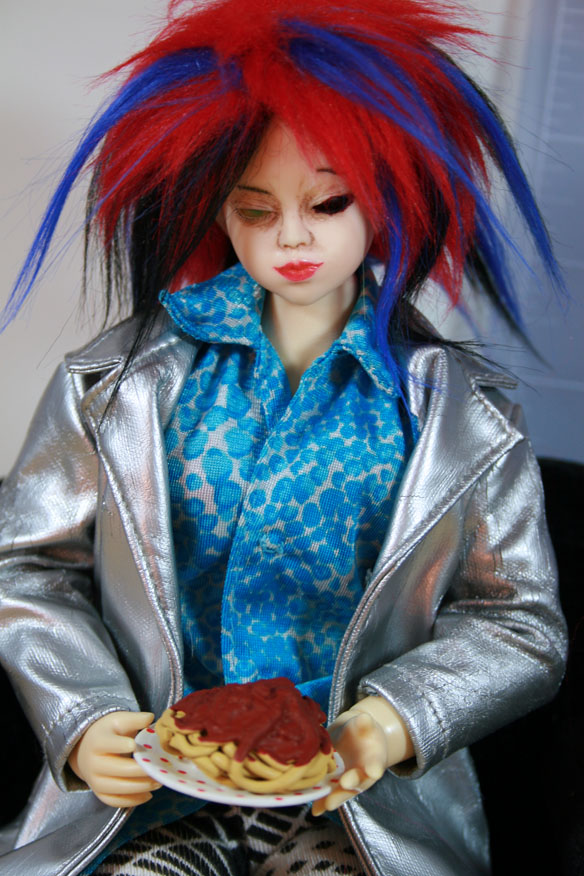 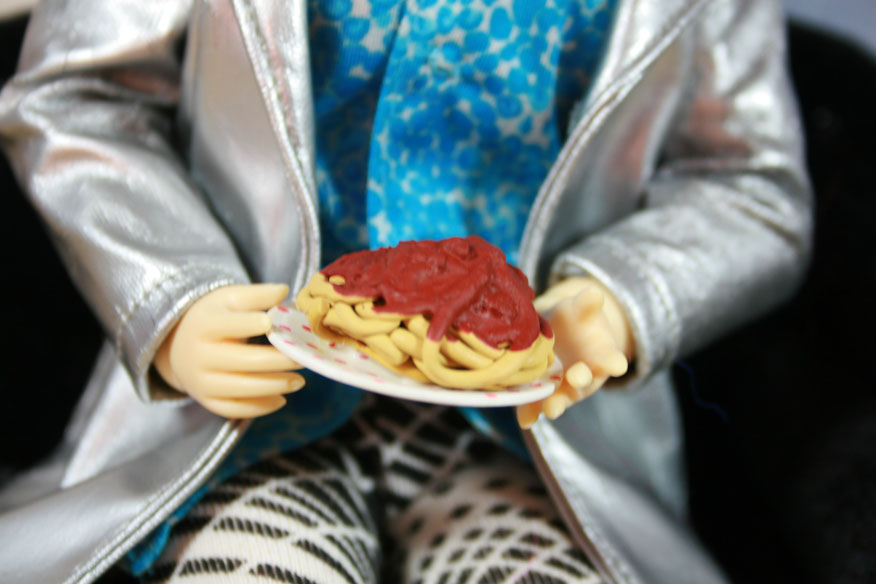 I’ve also been working on Peter. When I got him about three years ago, he looked like this:

After many iterations, he’s finally done. Really! For the most recent set of changes, I evened out his skin tone. Since I couldn’t match the dead reddish-brown he came with, he ended up dark brown, so now he’s a POC. I extended the new skin tone around his shoulders and up his forearms so that all visible parts of him match.

I did a lot of work on his head. I repainted his eyes with magenta irises and heavy lids to counteract the O_O expression he was sculpted with. I used an X-acto and some 300 grit sandpaper to reduce the prominent brow ridges that gave him such an exaggeratedly worried look. I also ripped off his old mohawk and replaced it with a shorter, less sloppily done one. Finally, I replaced his red and blue sleeves with pink ones and redid his bracelets. Now he finally looks much more like the blithe, buoyant spirit I’ve always imagined him to be. 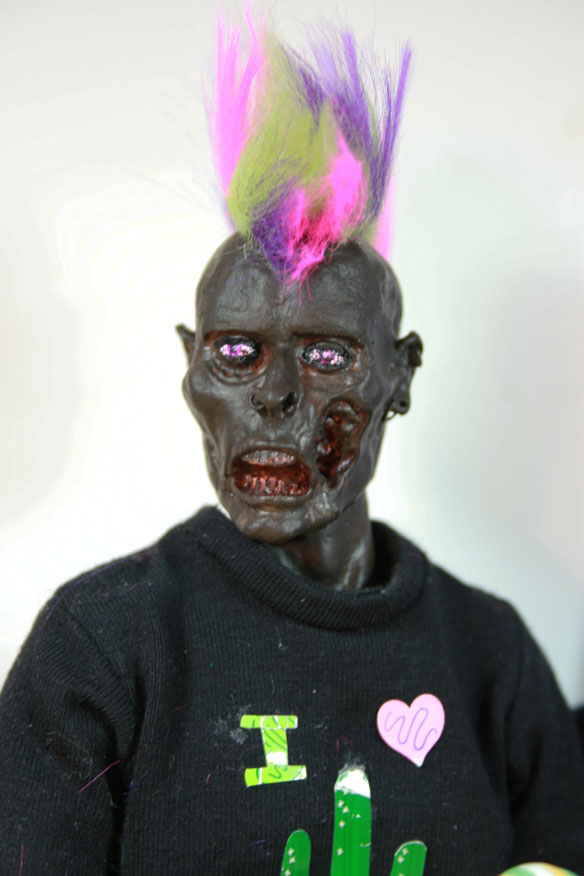 This entry was originally posted at http://modernwizard.dreamwidth.org/1460680.html. You can comment here, but I’d prefer it if you’d comment on my DW using OpenID.