One of my first tries creating an old character in action figure form was Mamie. She was an LHF character, grandmother of the protagonist Anneka, and she was a tough 95-year-old.

I started off with a BBI Burner F15 Pilot head, as she was an androgynous woman, then recolored the hair silver with white highlights. I also added some light pink polymer clay to extend the end of her nose and her chin, then blushed them a bit to blend in with her existing skin. Mostly I used regular #2 pencil to draw wrinkles on her face, with colored pencil accents for especially dark shadows. Her head’s in poor condition, so I’ve tossed it. However, I have retained these photos for historical purposes. 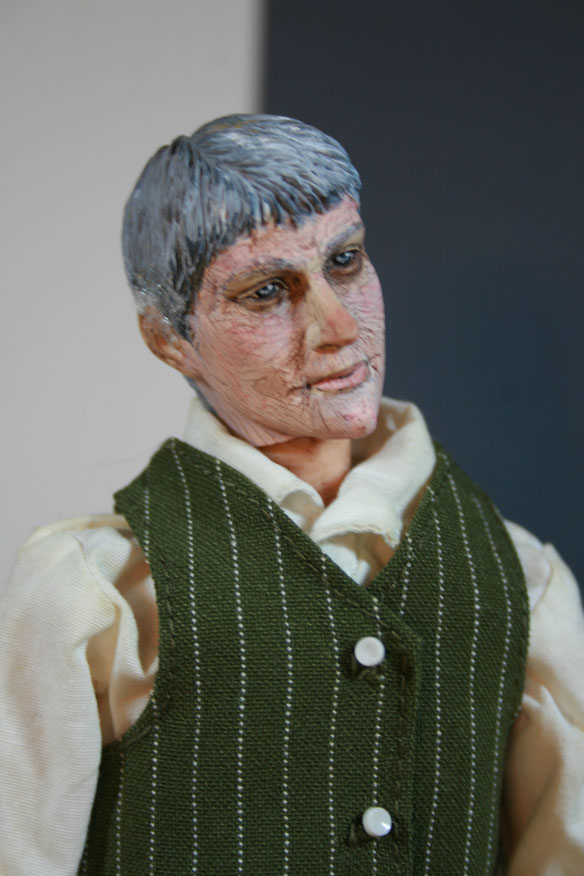 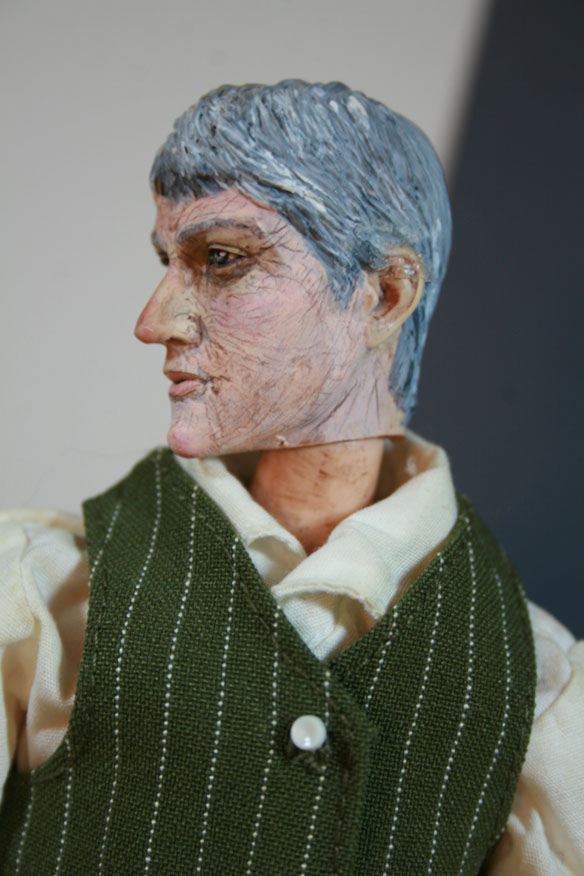 This entry was originally posted at http://modernwizard.dreamwidth.org/1468851.html. You can comment here, but I’d prefer it if you’d comment on my DW using OpenID.