I did Dillon — Isabel’s ex, coworker, purchaser of her car and carpooler, not to mention Carter’s friend and representative of stupid shit people say about PWS — for once and for all tonight. He started off as an AA Hasbro GI Jane Vietnam Nurse, who is quite possibly one of the sweetest, cutest, most adorable dolls ever. Don’t you just want to be her friend?

Here is her default look before faceup. 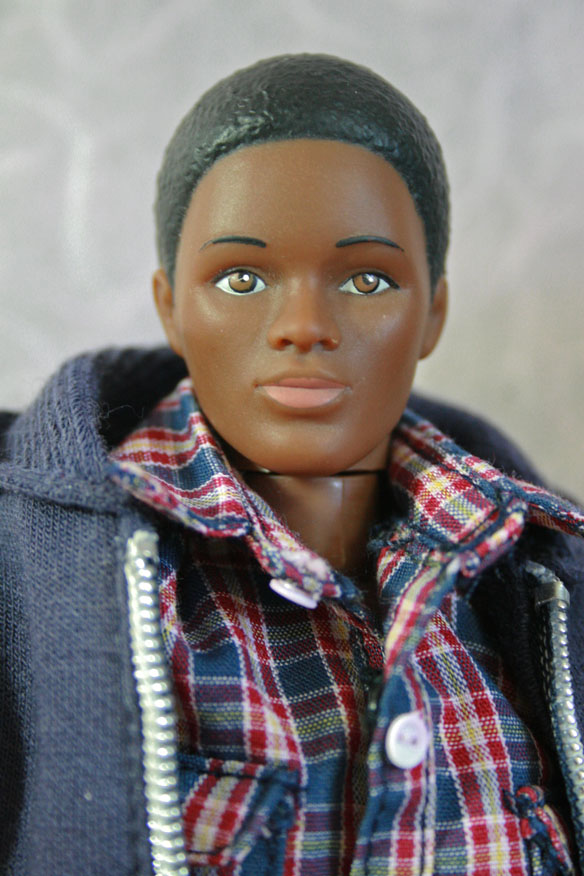 Using a combination of black paint and black watercolor pencil, I touched her up. I gave her a less even hairline, plus some sideburns. I lengthened and texturized her eyebrows. I shaded her eye sockets, nasal bridge and nostrils. I painted a line between her lips and added creases on her lips. 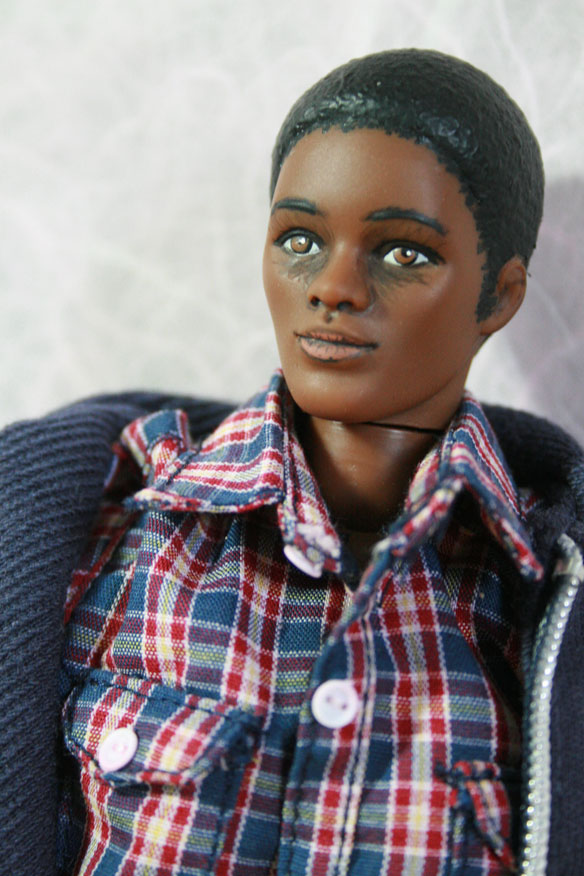 I’ve never been particularly hung up about making male dolls male characters and female dolls female characters, but it is relevant that Dillon’s base doll is a female action figure. He is a trans guy. For what it’s worth, he and Carter are pretty close; they became friends after Isabel’s relationship with Dillon, when Dillon became more active in the transmasculine community. Carter goes to the transmasculine social support group that Dillon runs, which probably annoys Isabel because, even though she and Dillon did not break up acrimoniously, just for once in her life she would like to get away from an ex. Hah! Can’t do that in Vermont. Neener.

Isabel and Dillon both have jobs at Sunderful, a company that encourages Vermont homeowners to rent solar panels. Dillon is the one-person IT department. I have no idea what Isabel does yet, but I think she’d rather be doing something else more interesting and remunerative.

This entry was originally posted at http://modernwizard.dreamwidth.org/1520442.html. You can comment here, but I’d prefer it if you’d comment on my DW using OpenID.