Janna alerted me to a box of cheap Barbies at the ReSource resale shop on Thursday. Because I need more dolls, I checked them out. Though they had haircuts, they were all in good condition, with the slight smudges of definite love and wear. Surprisingly, most were Fashionistas, which made them a real temptation, since they were $3.00 apiece. However, I have three Fashionistas [Shopping While Constipated and two Dream House friends — I sold the other two] that I have yet to do anything with, so I didn’t want to stock up on them just for the sake of cheapness.

I could not, however, resist the one below. She had ridiculously loose joints, several pinpricks in her face and, most glaringly, no hands. For these reasons, I only paid a buck for her. In my current hacking and slashing mood, I thought I could experiment on her with body mods. For easy reference, I have named her Perdita, which means "the lost one" in Latin, in keeping with her neglected, salvaged state. I have a feeling that I may end up more attached to her than some of my much more expensive dolls. 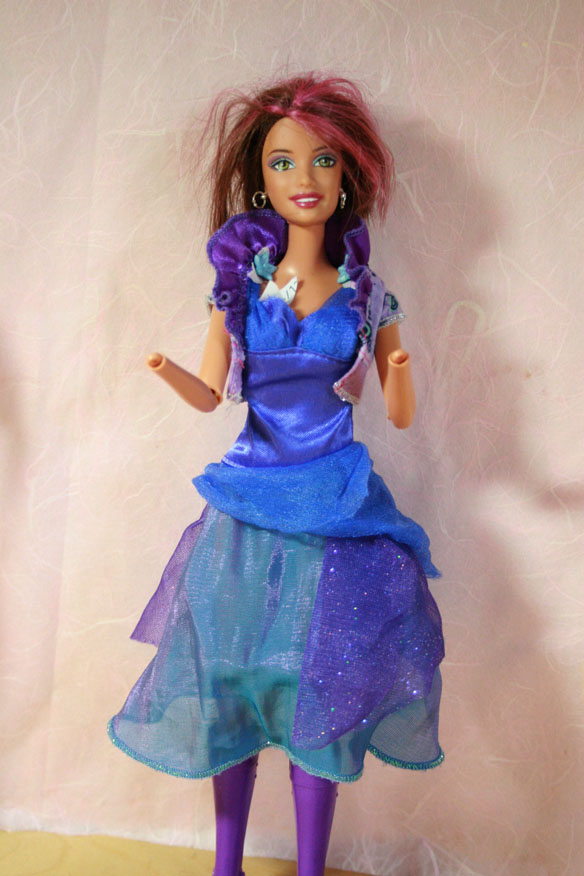 This entry was originally posted at http://modernwizard.dreamwidth.org/1552602.html. You can comment here, but I’d prefer it if you’d comment on my DW using OpenID.