I have finally finished body mods and basic faceup on yet another FAT DOLL!!!!!!!!! This is Sylvia Blomqvist, last seen as a Fun-4-All talking Kelly Osbourne head on a customized male action figure body. 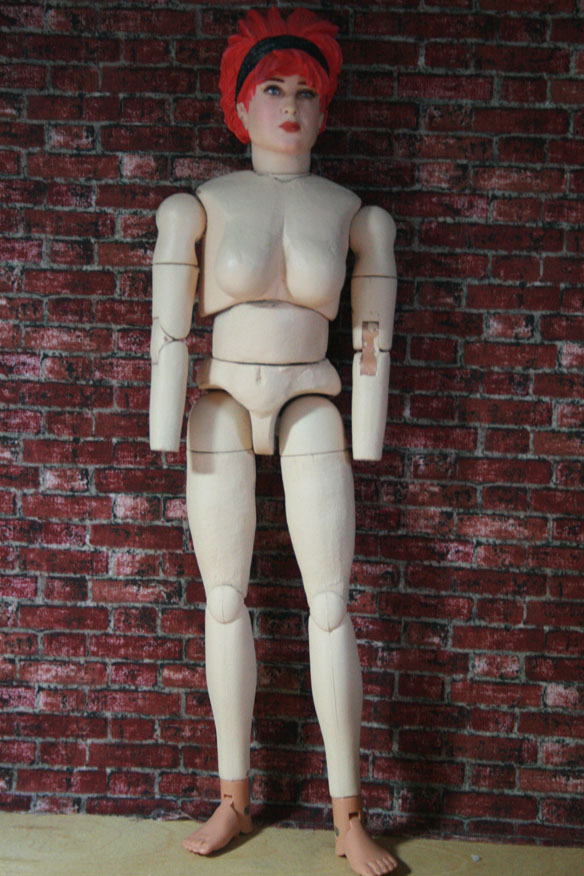 I did my usual shortening on the limbs and then bulked out the body with Aves Apoxie Sculpt. I left the large, pendulous breasts that Andrea sculpted, but went even further with the fats than she did, padding the limbs, waist and especially thighs and ass. Sylvia has stupendous thighs! 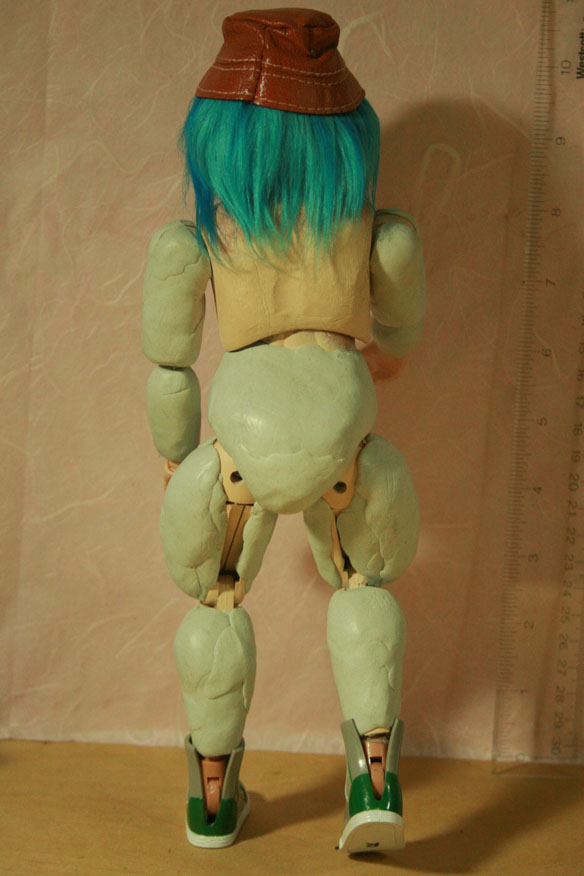 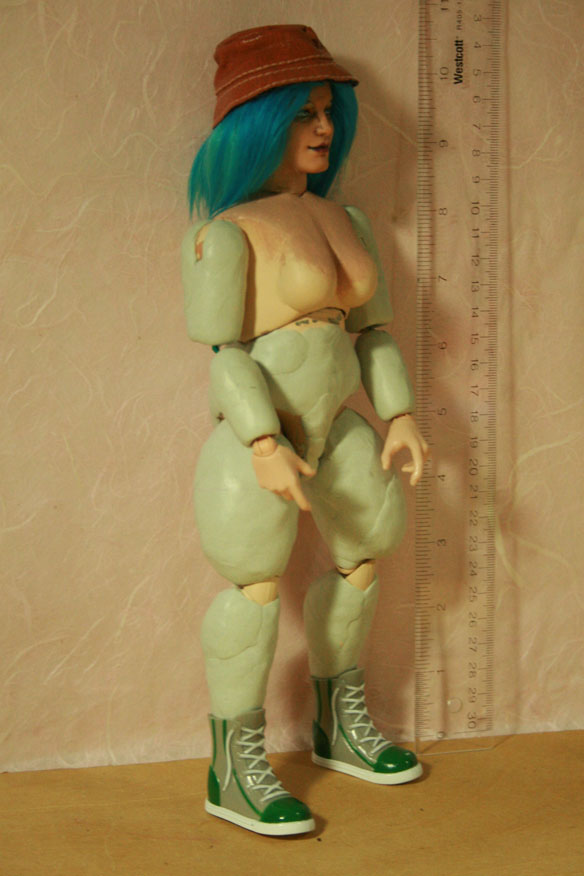 Obviously, Andrew’s original head did not make it to the final version of Sylvia. Wishing to replace Andrew’s molded hair with fiber hair, I trimmed it off and attempted to rebuild part of the skull dome. I made a valiant attempt, but the reconstructed forehead did not blend well with the existing face. I regretfully set aside my idea of recycling Andrew’s headsculpt, at least for this doll.

Instead, I decided that Sylvia will use a Ken head that I got from Andrea. Originally he was going to be one of Isabel’s wig stands, but the repaint came out better than I expected. [Purple lipstick and yellow eyeliner look surprisingly good together!] I shaded the eye sockets and nasal area, as usual, then built up the body’s neck and glued on the head. I used a wad of faux fur for a skull dome and, for hair, used one of my first experiments in a two-tone wig made from different pieces of fur. It may be hard to discern in the pictures, but the front half of Sylvia’s hair is a longer, dark turquoise, while the back of her hair is a shorter and lighter ice blue with a hint of green.

Sylvia still needs an empty right eye socket, an eyepatch with the om symbol on it and glasses. She’s mostly done, though. 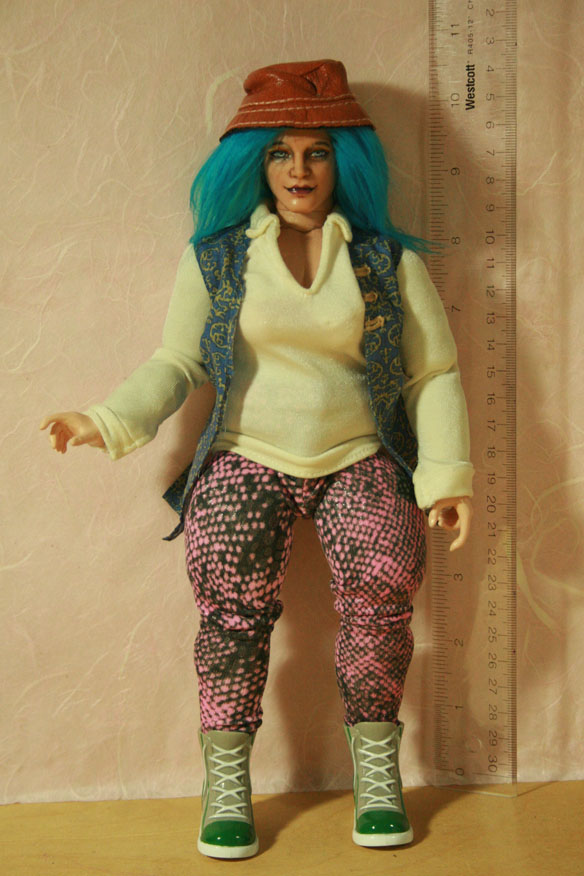 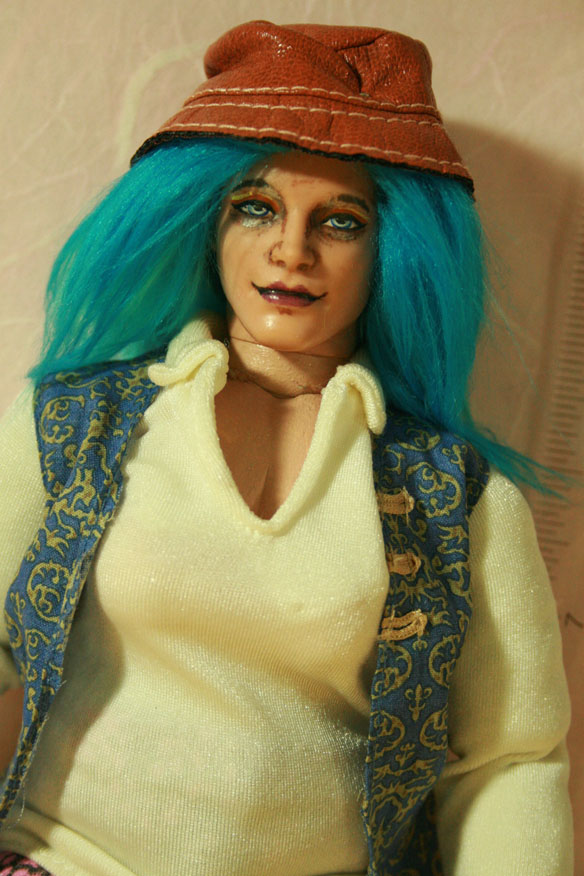 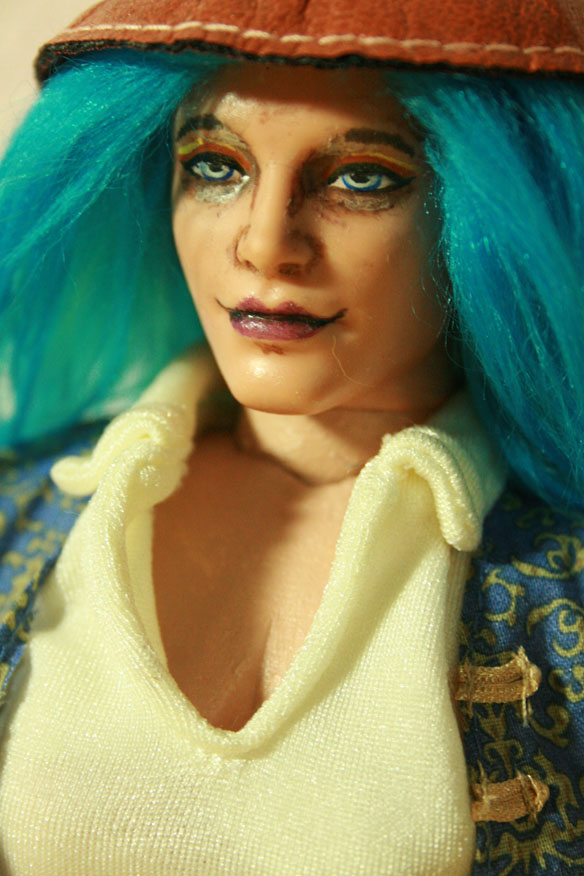 This entry was originally posted at http://modernwizard.dreamwidth.org/1588635.html. You can comment here, but I’d prefer it if you’d comment on my DW using OpenID.