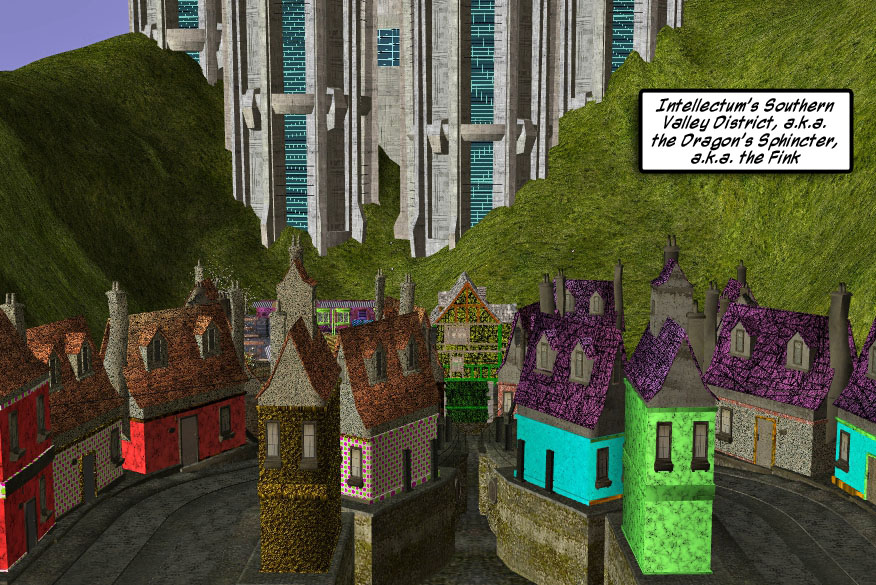 [The Fink is mostly created with the Ant Farm’s NeverHome houses and streets, mounted on FirstBastion’s Hilly Surround. Shaders used to retexture buildings include patterncooler.com patterns, SickleYield and Fuseling’s Sci Fi Shaders, custom stone shaders by me and metal shaders by George Haze.]

The Southern Valley, home of the Fink, has been both the neighborhood’s blessing and its curse. In the early days of Intellectum, the Southern Valley provided a quiet bedroom community for white- and blue-collar commuters. It was close enough to downtown to receive regular Blip service, but geographically isolated enough so that it had the feeling of a small town.

People quickly snapped up the modest, affordable houses, decorating them with heterogeneous patchworks of materials and patterns, an architectural style soon dubbed the Southern Style. The insular neighborhood, populated mostly by descendants of the original homeowners, gained a reputation as Intellectum’s artistic and creative center. Everyone thought that the Southern Valley was the epitome of cool, and the residents’ suspicion of the media and refusal to commercialize only added to the region’s cachet. 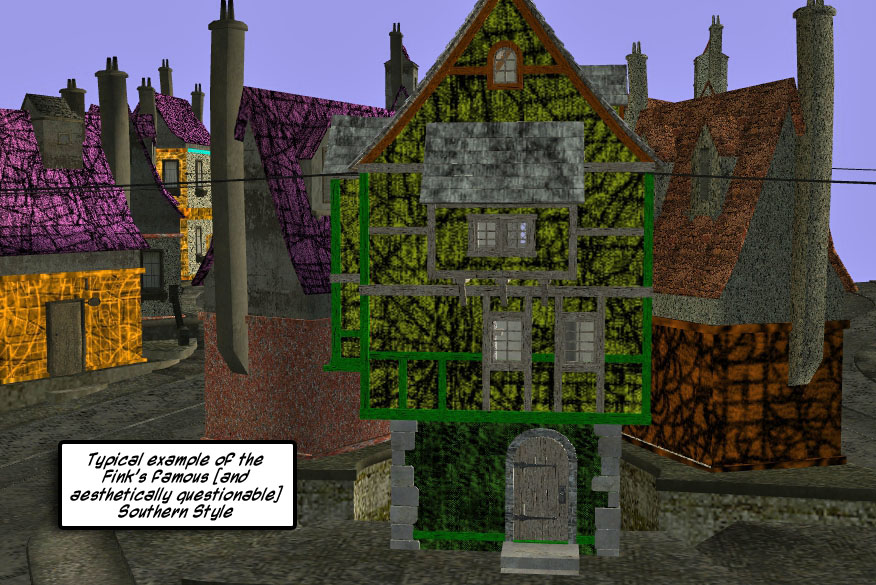 Then the power plant arrived. Intellectum desperately needed a new power plant, but no district wanted to be the site thereof. Richer neighborhoods paid off city leaders to steer the plant away from their districts. The Southern Valley, full of people without the time, money or political influence to prevent the power plant, ended up as the location for said plant. 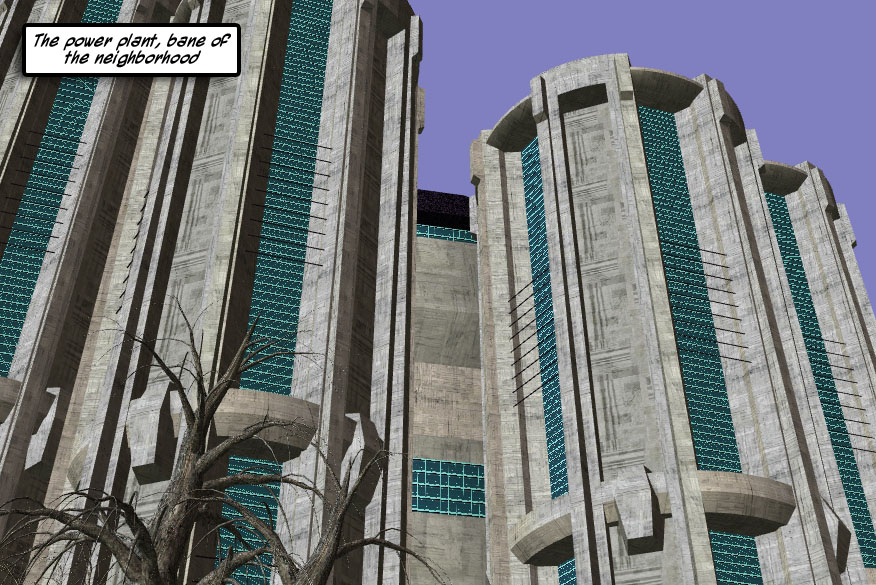 [Power plant is made from elements of one of the Dystopia City Blocks by Ajax, billyhome and Moebius 87. One of the Creepy Trees II by Lisa’s Botanicals shows up in the foreground.]

The power plant came in at least three or four generations ago, so no current Finks remember the change, but resentment lives on. The plant generates power, but also noise, in the form of a droning hum that vibrates your teeth. Sometimes it stinks too, like the air is scorched. Furthermore, rumors circulate that all that ambient power has been changing the nearby flora and fauna…and not for good. 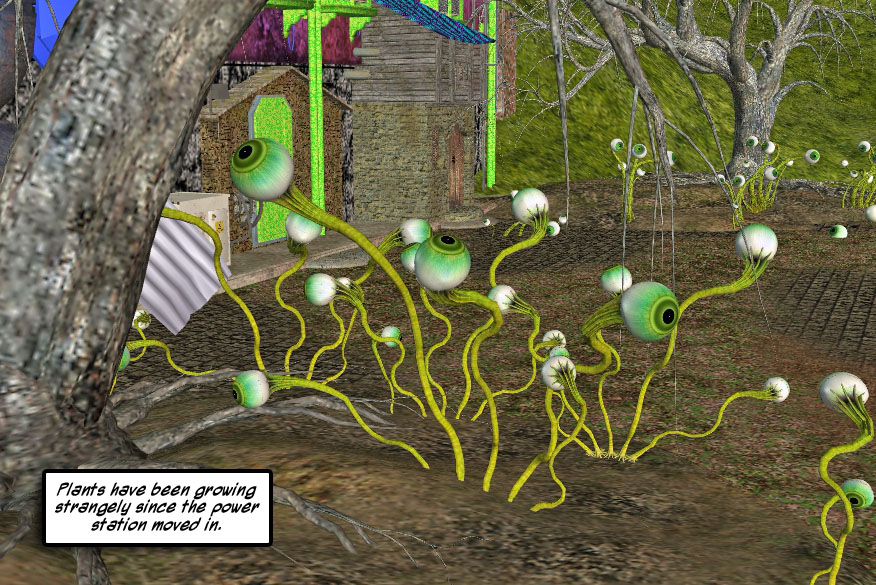 No wonder all those people with enough money have moved away. Those who remained have seen Blip and public works services diverted away, subtly but significantly, to richer districts. They began calling their neighborhood the Sphincter because it was that part of the city where Intellectans put all the crap they didn’t want to think about. Also it stank.

The Fink is like a ghost town now. The Southern Style homes, once proudly maintained attractions, sag and crumble, their owners unable to repair them. Abandoned buildings deteriorate, shaken to pieces by the low-level soundquake of the power plant. Fewer trees bud every year; people blame the power plant. Most people spend as much time as they can outside of the neighborhood, working overtime, so that they can earn enough money to escape. 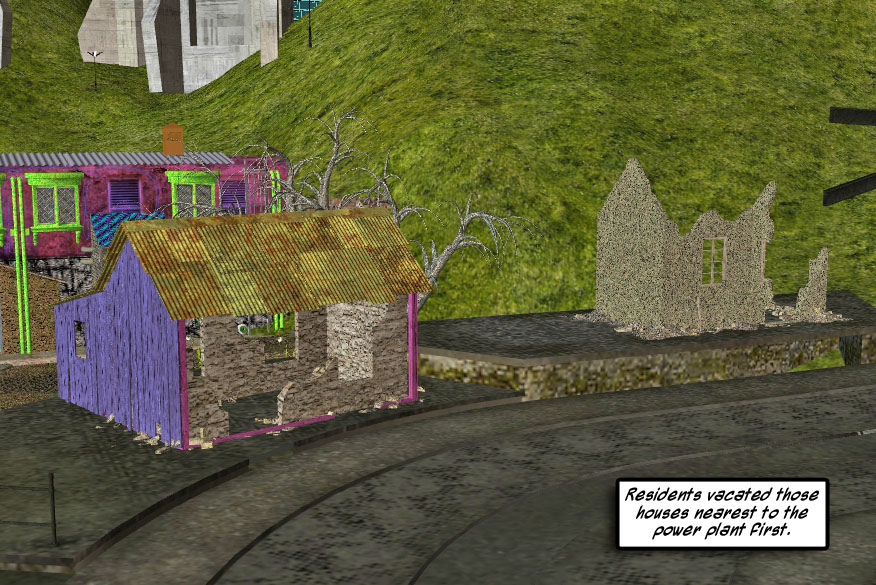 [Ruins both by DryJack: Old Shack on left, Ruined Cottage on right.]

And yet, though the Fink seems to be dying, the neighborhood hosts a new creative movement. These descendants of the original Southern settlers take their ancestors’ creativity out of the architectural realm and into another entirely. The Wrathful Scientists operate out of the Fink, and they have as their goal nothing less than a cybermagical revolution. 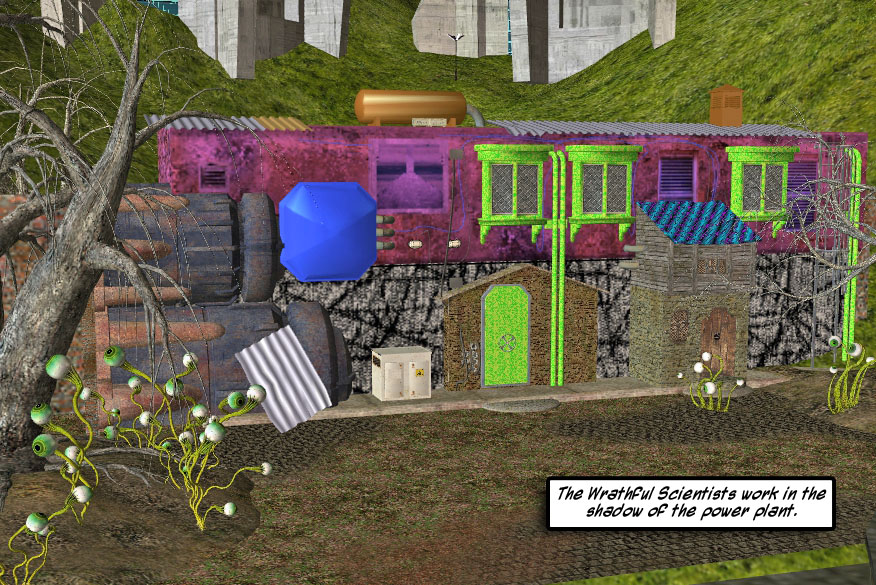 [The Wrathful Scientists’ lair is a time-limited freebie, a portion of the for-sale Steampunk Nest by DreamLight.]

This entry was originally posted at http://modernwizard.dreamwidth.org/1641688.html. You can comment here, but I’d prefer it if you’d comment on my DW using OpenID.