The topic of recast BJDs continues to provoke heated discussion; witness the entire Tumblr devoted to pro- and anti-recast people slagging each other under the cloak of anonymity. The creativity with which pro-recast persons justify their unfair and illegal actions boggles the mind.

In other news, I was trawling the Web the other day, looking for any IOS Infernales available on the secondhand market. I came across the following Web site, the address of which I have cropped out because I am not giving them any business whatsoever. 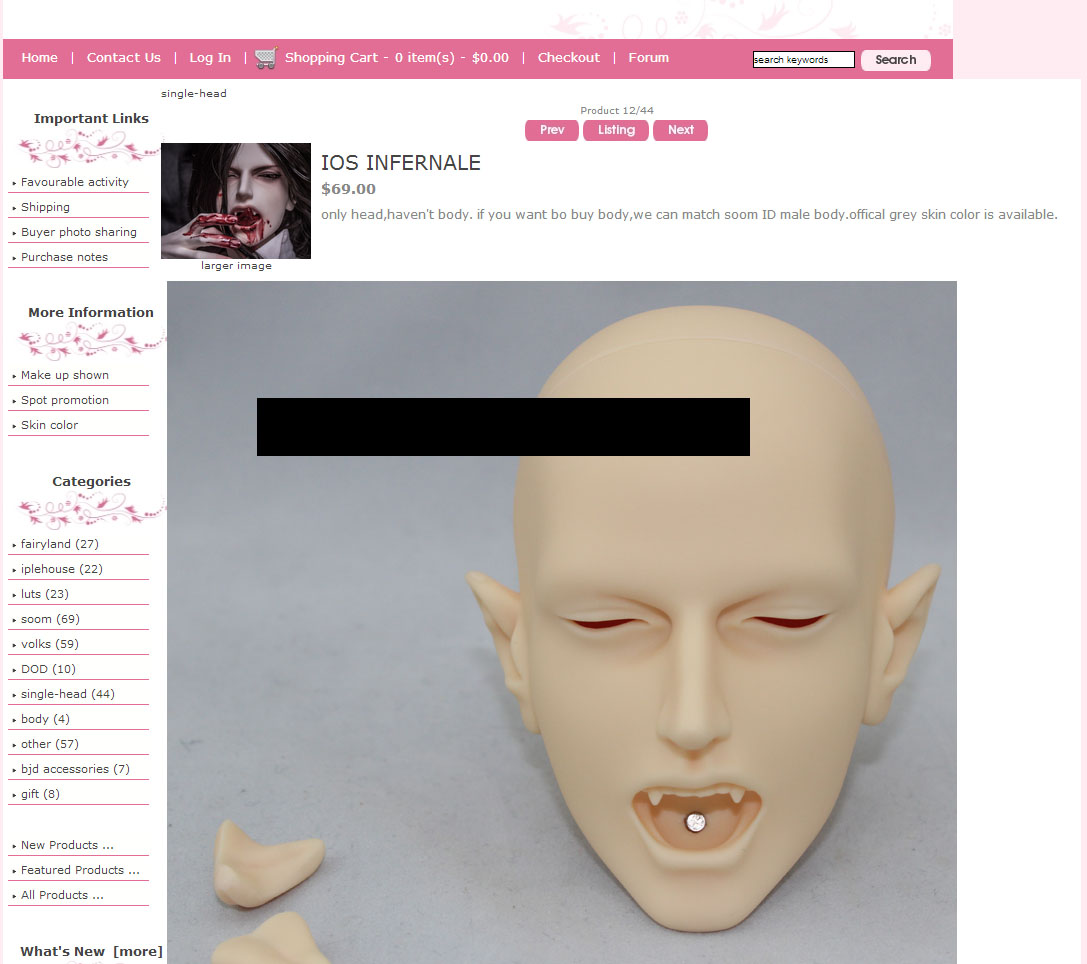 Before I clicked into this site, I thought that it could perhaps be legitimate, a site selling secondhand BJDs, perhaps. However, the absurdly low price of $69.00 [the head cost $256.00 including s/h on IOS’ Web site when it was in stock] gave me pause. My suspicion grew when I saw them reusing official photos.

As soon as I ventured onto the product page, I saw the seller’s promise to match Soom grey skin. Then I knew I was dealing with a recaster. Infernale was never offered in grey, much less one that perfectly matches Soom’s grey.

The seller helpfully confirmed my suspicions by explicitly stating that the dolls sold are, indeed recasts.

Thanks for clarifying. Now I know to stay far, far away from you. :p

This entry was originally posted at http://modernwizard.dreamwidth.org/1654842.html. You can comment here, but I’d prefer it if you’d comment on my DW using OpenID.