I love the Disney Elite 10″ Jyn and Rey figs I got, but their small heads make them unusable for my larger 1:6 scale populations. I thus got the idea to make the figures into 1:6 scale kids by putting Barbie heads on them. I did this by popping off the original heads and twisting off the neck posts inside the torso. Then I sawed off a neck from a donor Barbie with a roughly matching skintone, cutting the edges so that they fit in the torso socket. After hot gluing the neck in there, I added a matching Barbie head.

My quick and dirty solution works well for a few reasons: 1) Both Jyn and Rey’s costumes disguise the area where Barbie neck and Disney Elite torso meet, permitting me to just glue the necks in without finished or matching paint, which I can’t be arsed to do. 2) Both Jyn and Rey’s costumes cover enough skin to make the difference in tone between Barbie heads and Disney Elite bodies less noticeable. 3) The heads being comparatively large works for more childlike or teen-like proportions.

While I was customizing these bodies, I also did a partial repaint of the tan Barbie head, who is from a Made To Move body. I removed original eyebrows and atrocious lipstick, as well as some eyelashes. A suggestion of eyebrows and a lip line do a good job of sketching more youthful features. Leaving as is because I don’t want to overdo it. 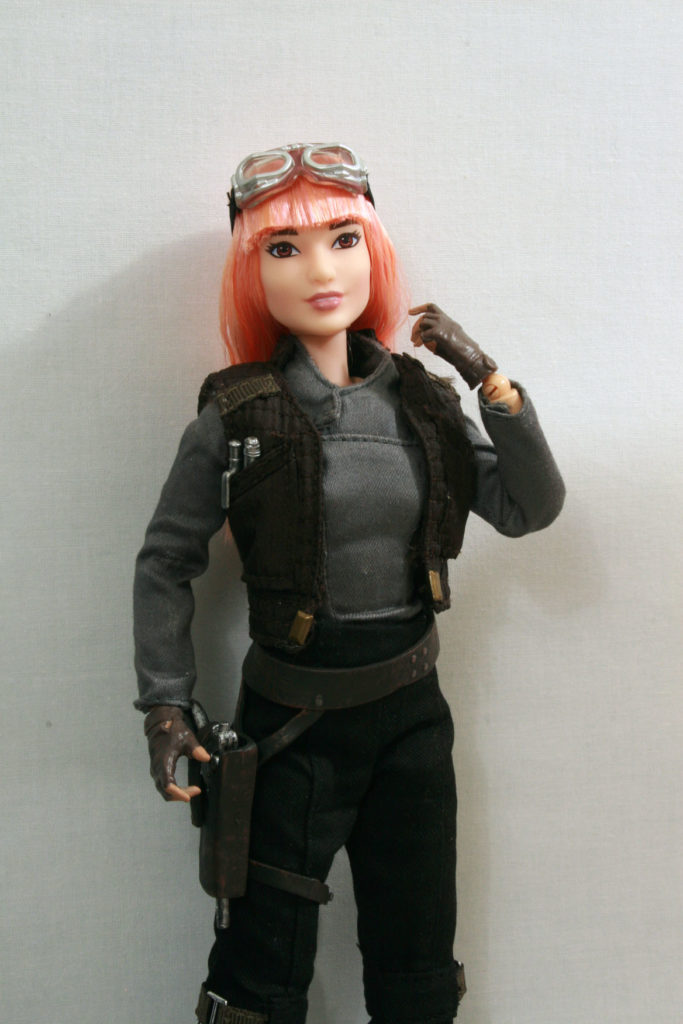 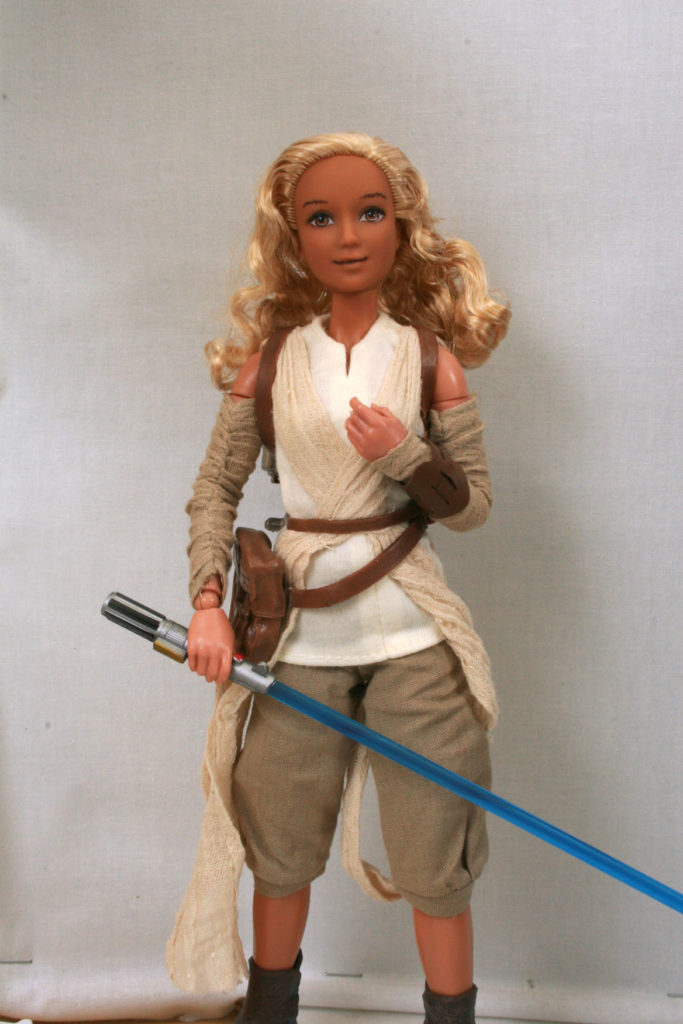