When I got Never the Less, I purchased an expensive $300.00 Souldoll outfit, Eve ZF, for the resin mask of the Souldoll Evelyn vampire head. I kept the rest of the outfit in its packaging, uninterested in it. A few days ago, though, I thought I’d try it on Fritillaria, whose original concept as an escaped marionette jester of death was not piquing my interest anymore.

The outfit comes with an underdress and an overdress, so I just used the overdress. That peacock collar is supposed to stand straight up in a grandiose and imposing manner, so I’ll have to work on that. Other than that, though, I’m digging the look, though I may invest in some electrical tape pasties. I also need to exchange the owl on the choker for a skull bead.

I’m digging her new look, though I remain uncertain on how to paint her. Maybe I could do her headcap black to be like a skullcap. I think that, like Thalia, she’ll be another black and white doll, but with no magenta tongue. I also think that she’ll be another hairless doll, the better to admire the contrast between her sweet face and her melancholy outfit. 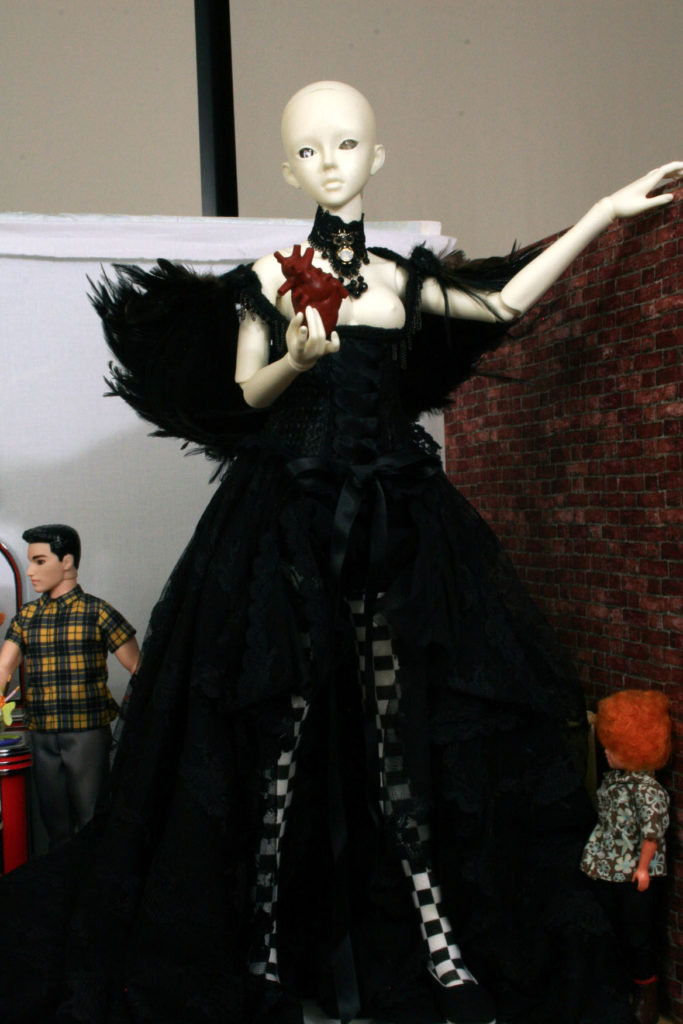