I threw some paint on Fritillaria this morning and then took some photos to see how the concept looks with the rest of her. I need to bring up the cracks around her nose more and erase some of the grey undershading around her mouth too. Other than that, though, she looks very promising. I’ve decided that she’s going to have no eyes, just empty sockets, and no wig. I like the juxtaposition of an elaborately finished outfit with a “partially cooked” doll. Looking like she’s somewhere between broken, old, and unfinished, she foregrounds the doll as an object of which the artificiality is often disguised by BJD owners who pursue some form of verisimilitude. This is a doll as a construct, not as a person. 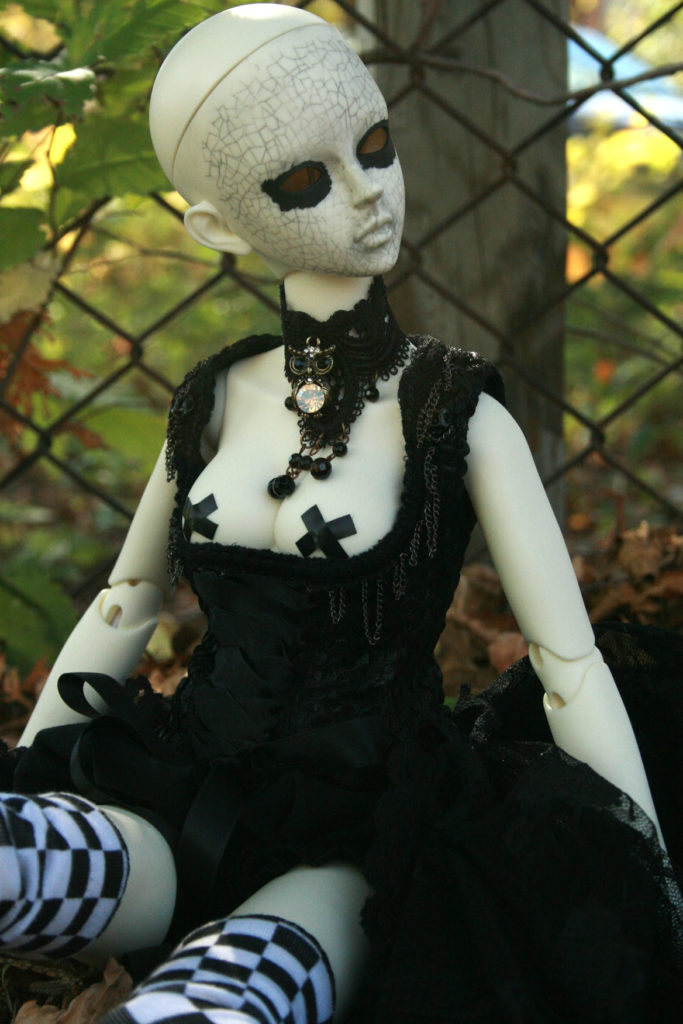 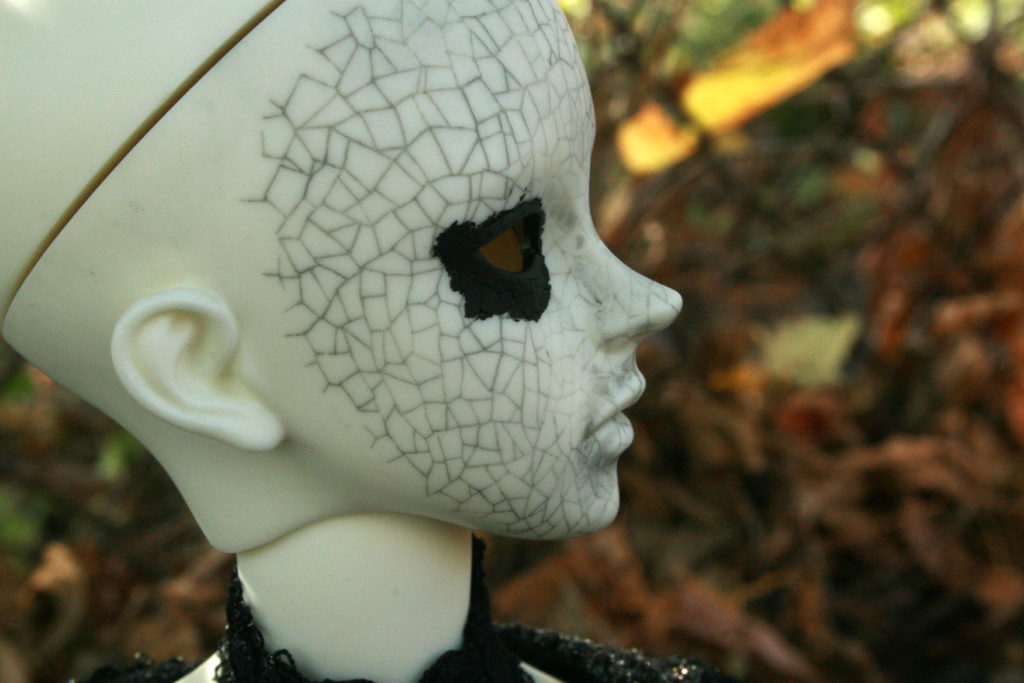