So I made up two minor characters for LHF tonight for two beautiful Integrity/Barbie combos that Andrea sold me. One Integrity head went to Cory, my manananggal, but I had two dolls left over without personalities, names or even clothes. Now they have names and clothes, maybe even some personalities.

The one on the left is Maria de Sao Jose, otherwise known as Zaezae. She is a young member of the Irmas de Maria, a clan of Portuguese-American female vampires who live for several hundred years and have healing powers. She is about 50, which is the equivalent of 20 or so human years. She is flamboyant, somewhat dramatic, prone to exaggeration and bubbly. With her zest for life, she is enjoyable to be around.

The one on the right is Angelie Kim, a Korean-American who died in the very early 1990s [hence the outfit]. She’s a quiet, rather intense person. She has an unhealthy obession with aerobic exercise and can often be seen doing Jazzercise, step aerobics or jogging [in neon gear] around Boston metro. She is peripherally associated with both the Plainsfolk and the UUUs, but she also feels attracted to the Hun, in part because she has a crush on Chow. She also finds the Plainsfolk and the UUUs too liberal for her tastes, so the Hun represent a more palatable conservatism. 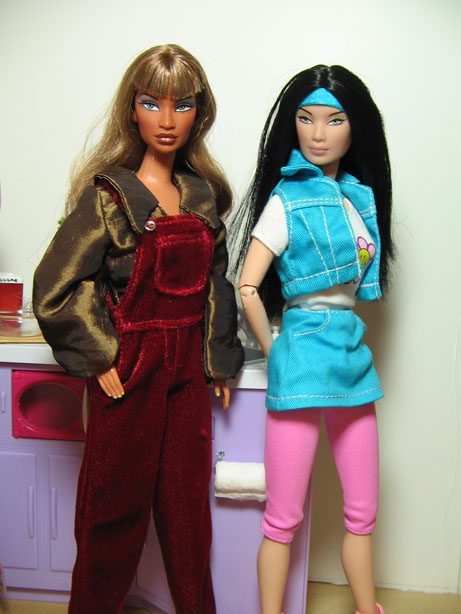