Nathaniel came today. She promptly told me that she was not interested in her fullset, except for the underwear and the boots. As is usual for most of the population around here, she garbed herself in a fashion disaster from my supply instead. See below.

She is convinced she's cool because she's wearing what makes her happy. And she's so out of touch with what's actually mainstream cool that her own style works for her!

I really like Nathaniel as a doll. She looks about 12 or 13, which is perfect because she's an SD13. I like her muted, default faceup and her little sculpted smirk. Because she's from 2005, she has yellowed, so her resin has turned a rich, golden color. It makes her look softer and warmer, I think.

I'm really not one of those people who can't stand yellowing. Resin will always yellow as it ages, and there's no escaping from it. Why bother keeping my dolls in their boxes or in dark rooms all the time in an attempt to stave off yellowing? I believe that my BJDs exist to be played with, posed, dressed, undressed and photographed, so I like to keep them out where I can see them. I accepting the goldening or browning of their skin tones as inevitable and even beautiful. 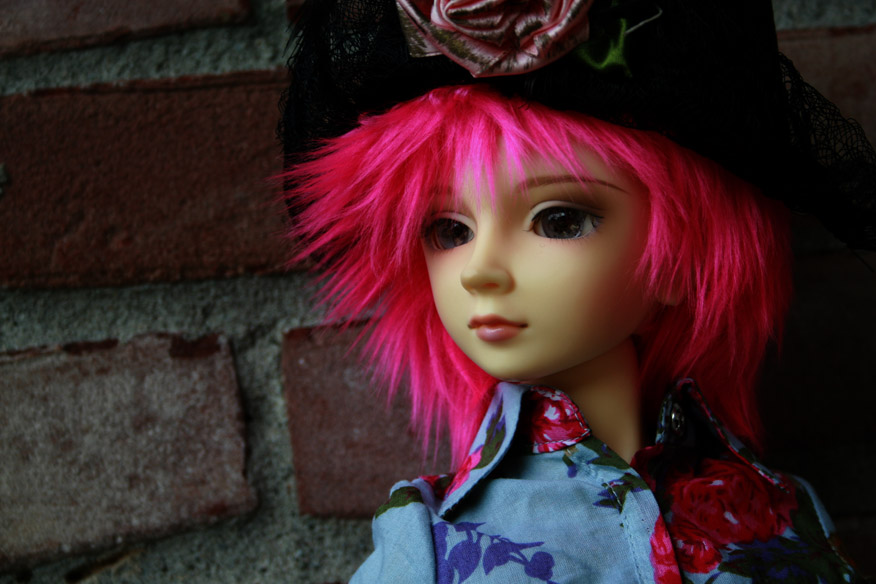 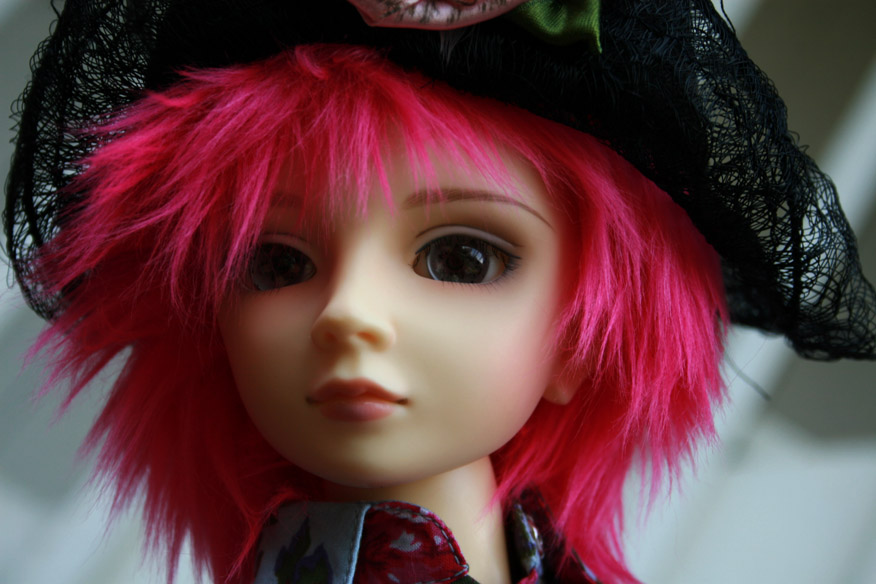 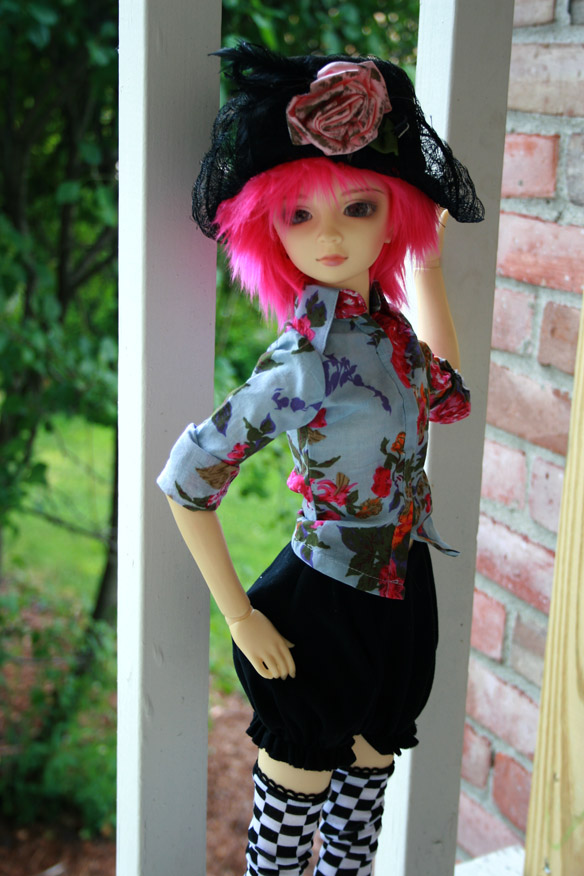 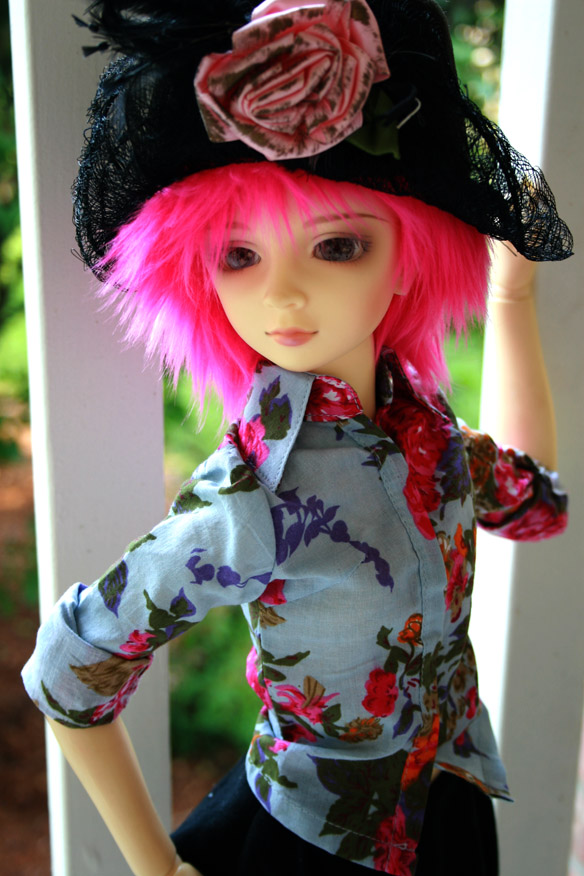 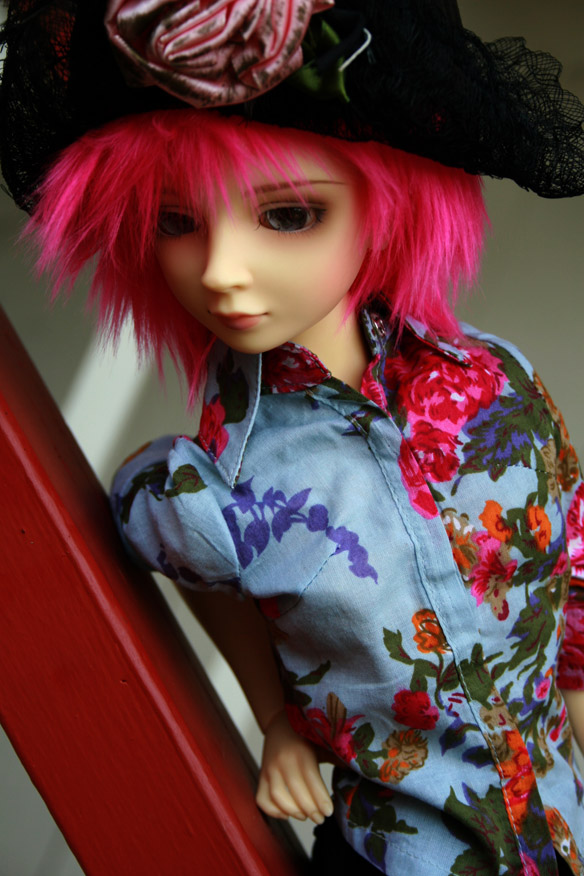 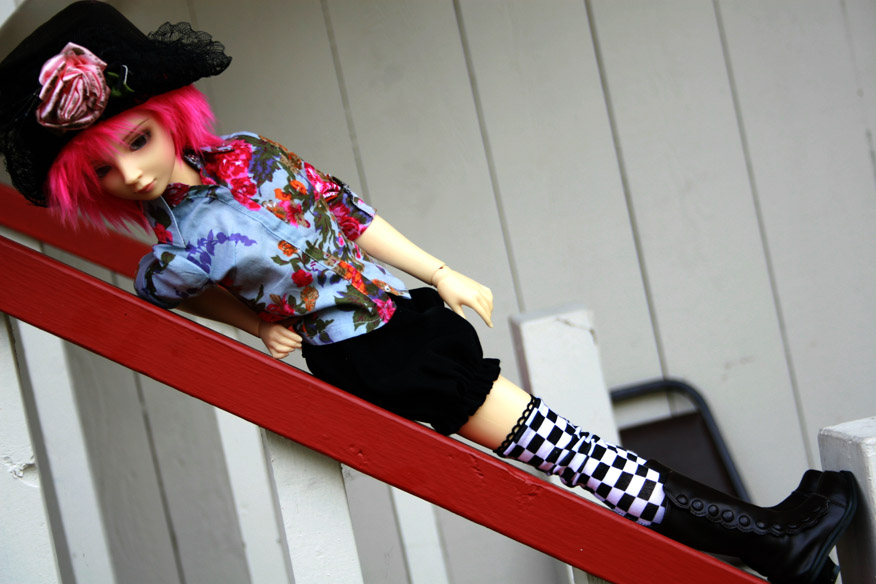 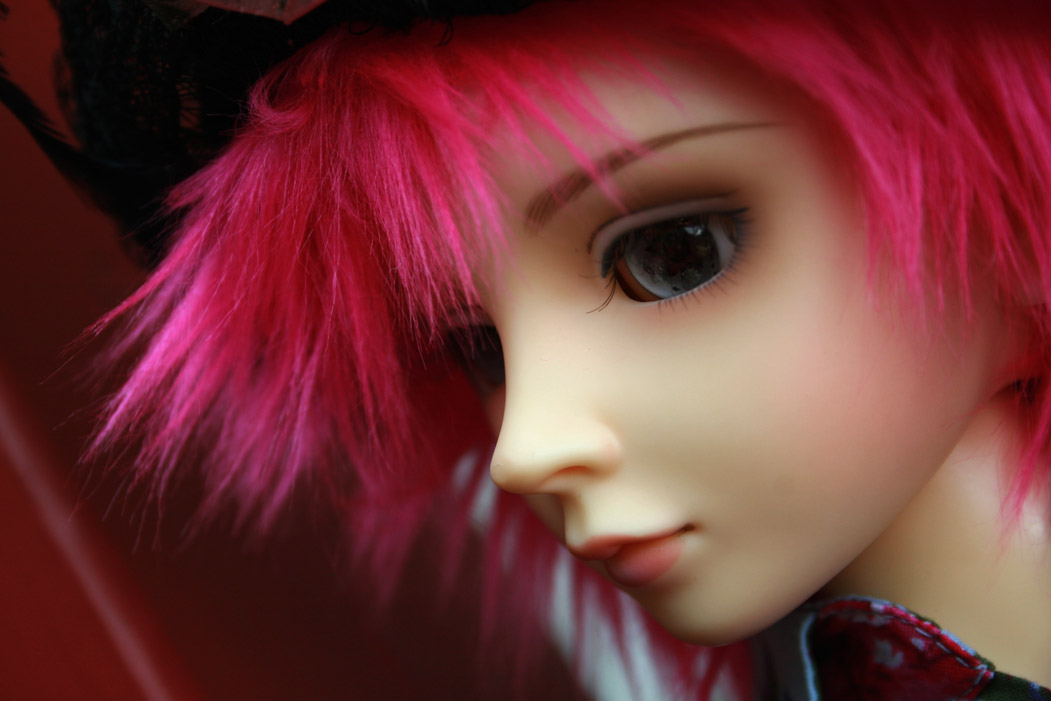 I would hardly call that a fashion disaster. very chic.