Jareth's head has thin resin in several places. I understand the thin resin in the temples and under the cheekbones: those are places where I made his sculpt particularly indented. As I've mentioned earlier, though, there's also extremely thin resin in his eyewells. as indicated by the triangle, it's the thinnest area in his head. I blame that on Angelsdoll's "inner part modeling" and their known history of thin resin in their sculpts. 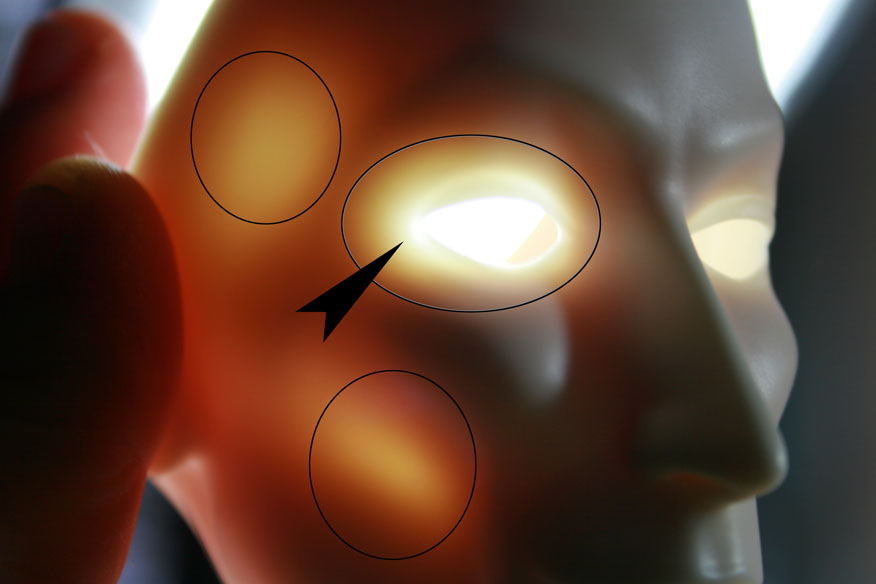 I'm trying to fix it by painting the inside of the eyewells.

Are you worried about structural problems/ getting punctured or splitting, or is it more the aesthetic aspect of light coming through in some angles? Or both?

I’m not really worried about structural problems, as resin is pretty tough. Even where the resin is translucent, it’s strong enough for my purposes, and I don’t really care about the translucencies in his temples and under his cheekbones, as these will be shaded by hair. I’m mostly concerned with his very translucent eyelids, as I can see the blue of his eyes glowing through them, which is a very neat effect, but not the one I want. So I’m painting the insides of his eyewells to achieve a more realistic look to his eyelids.

Ah, yeah that makes sense! My only remotely similar doll has a head of sculpted, painted plastic so it’s not something I’ve ever considered before. XD

With the first pictures you posted, I could see the blue of his eyes through the resin. It made him look more haunting/creepy/mysterious (in a good way).