The dead version of Isabel started off as a neutral Elfdoll Doona Ryung faceplate, shown here stripped of the default faceup. 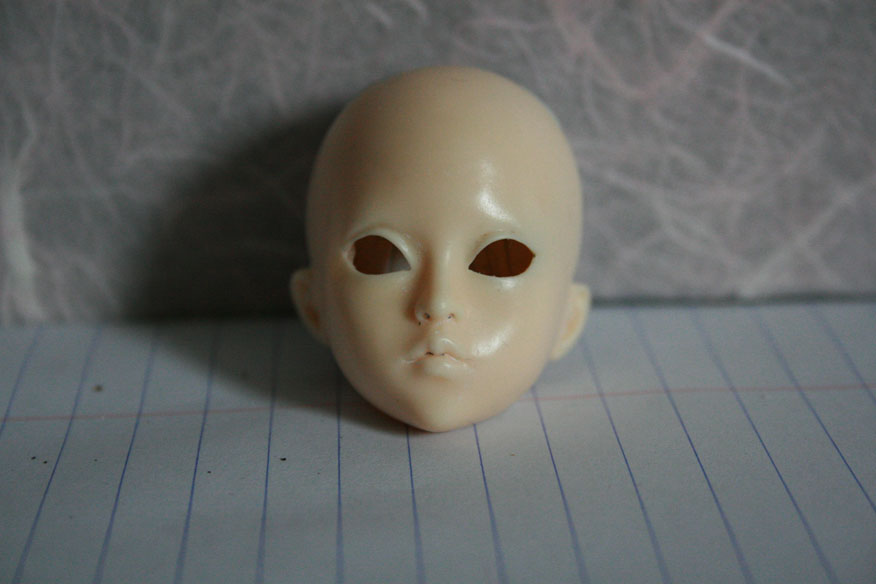 I then removed some of the fats from the cheeks [shown below] and amputated most of the nose [after picture below was taken]. 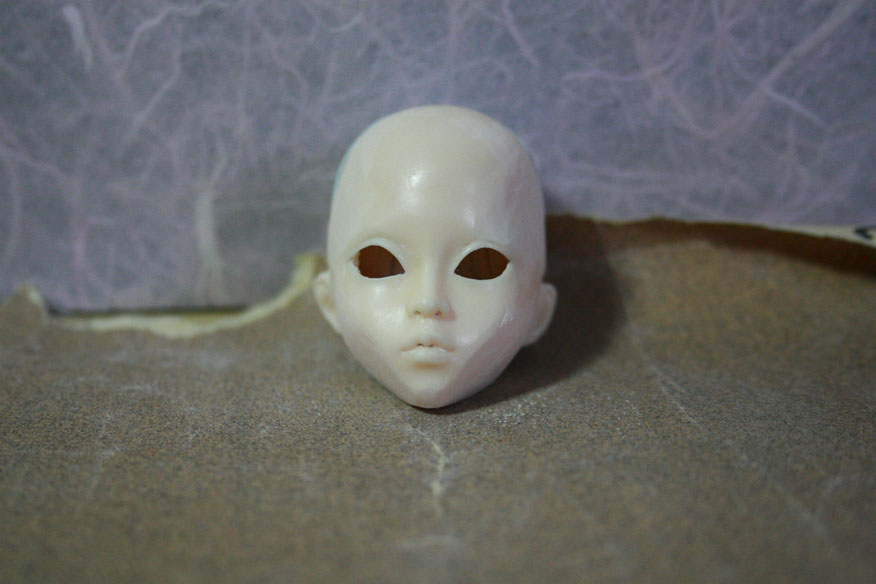 The whole concept of the dead version of Isabel is that she represents death, as well as Isabel’s fears of what she will become. As such, she has a skeletal body with no fat whatsoever. Her head does have some flesh, but her features are sharper than Isabel’s, and her face is painted in stark, stylized death’s-head makeup.

In contrast to Isabel’s bright, flamboyant style, the dead version dresses in a black T-shirt that says in white letters MORS VINCIT OMNIA [death conquers all] and a simple black skirt. While Isabel hides her salt-and-pepper hair beneath a series of wild wigs, the dead version just has grey hair.

I’m waiting on the skeleton body, so, in the meantime, here’s the dead version’s head. 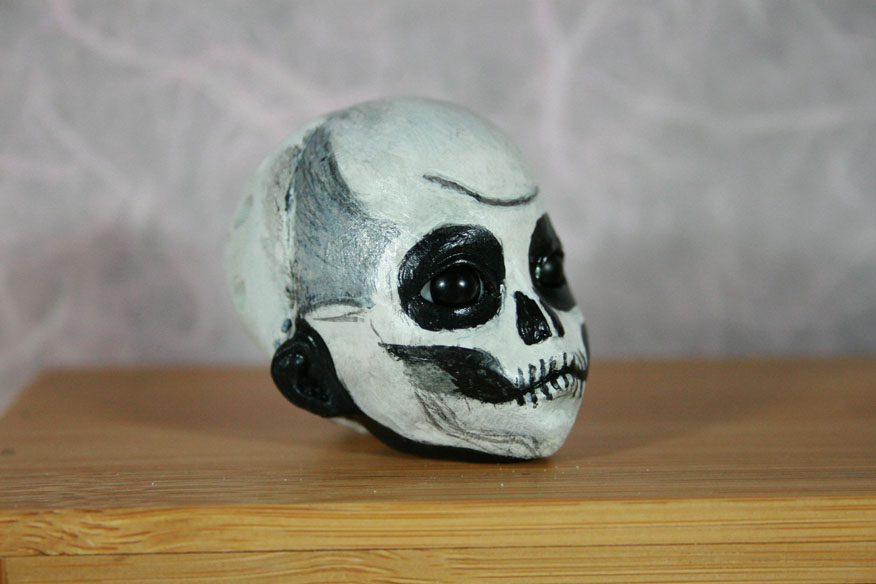 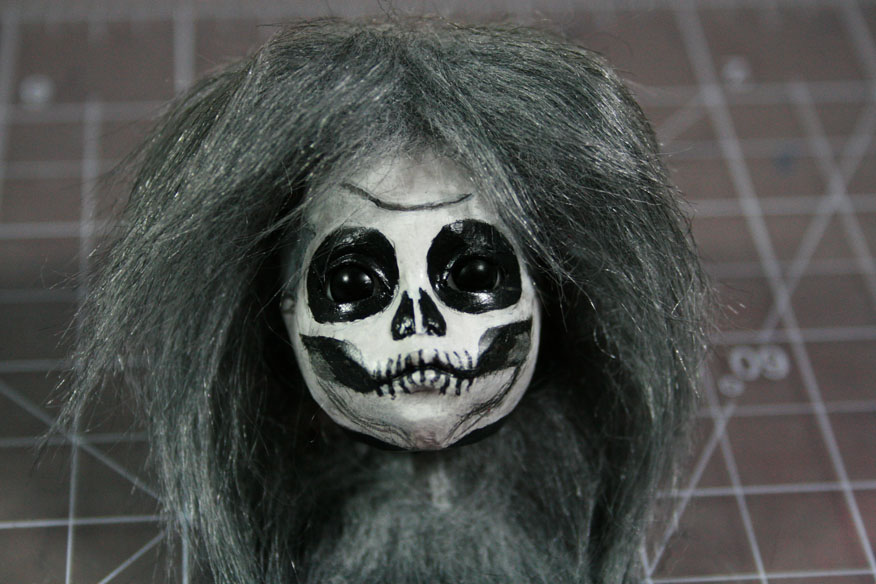 I have yet to determine the character of the dead version of Isabel. I vacillate between giving her a name [Moriendi?] and a snarky running commentary or making her a silent stalker, seen only in peripheral vision or nighttime window panes. Either way, I know that she will spend many of her first appearances lurking silently, much to Isabel’s increasing anxiety and frustration.

Now that I think about it, it would be really cool to have her communicate solely through body language.

Isabel: "Goddammit — SAY something! Don’t go all Ghost of Christmas Past on me!"

This entry was originally posted at http://modernwizard.dreamwidth.org/1516063.html. You can comment here, but I’d prefer it if you’d comment on my DW using OpenID.