Flower has languished, paintless, since he finished playing Mackenzie in Me and My Muses, but I have finally been giving him a new faceup recently.

The development of this faceup began when Flower emphatically stated that he liked his Mackenzie wig, shown below.

Well, that was going to be another in Isabel’s vast collection of wigs, but I guess not. The pink/purple/green combo fits him much better than his original pale lavender wig, which was not bold enough for him. Because I like that color trio and because Flower has pinks and purples in his skirt, I decided to put that palette to work in his faceup.

DraagonStorm’s Instant Makeup for V5 UV Sets came in handy as I tested the feasibility of the planned palette. Jareth willingly modeled, not so that I could create Flower’s makeup digitally before actually doing it, but just so I could see if the colors worked well together. 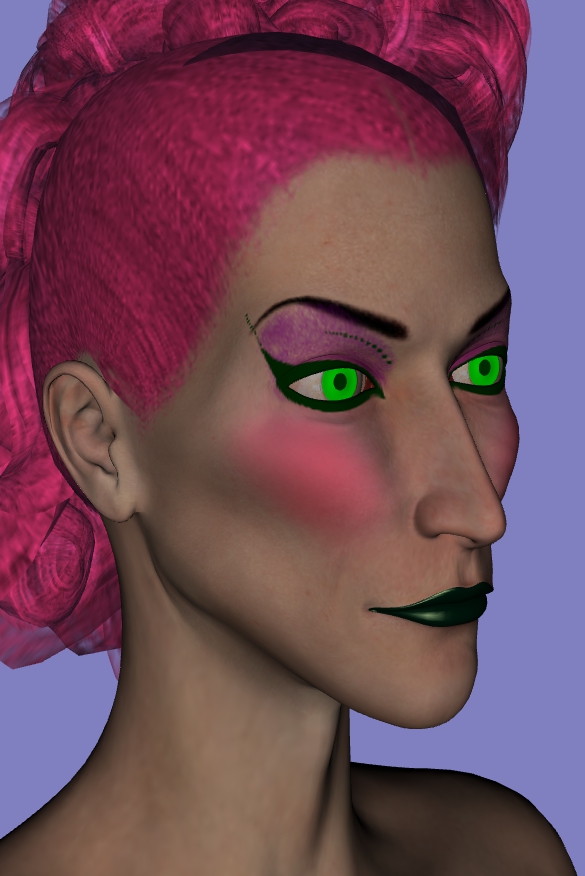 I decided that I liked the look of the color combo, especially with a dark pine green for eyeliner and lipstick, so I went to work. Inevitably I deviated from my concept and went into much messier aesthetic areas. So far my artistic explorations have resulted in this: 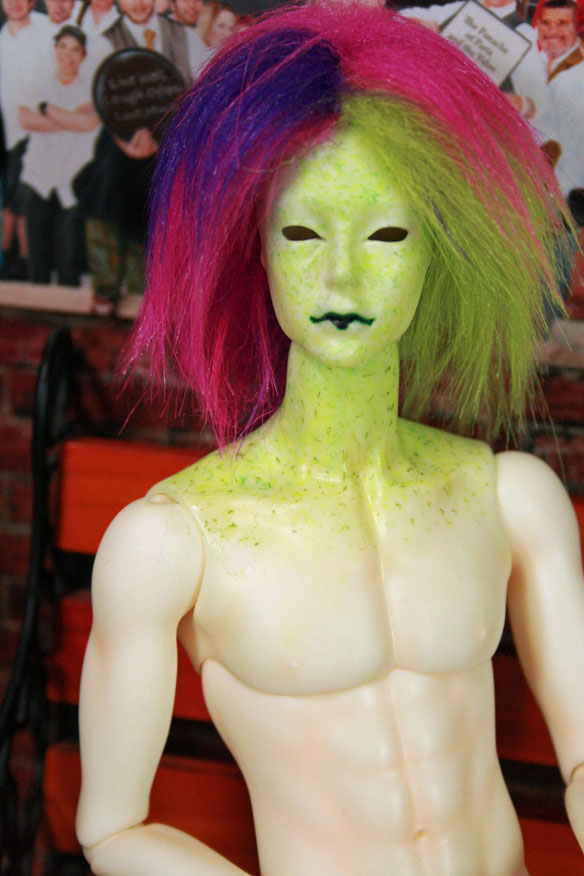 This entry was originally posted at http://modernwizard.dreamwidth.org/1651956.html. You can comment here, but I’d prefer it if you’d comment on my DW using OpenID.