Finally I have finished a doll that I have been working on for about three months. It’s my version of Alison Cheney, protagonist of alternative Doctor Who adventure Scream of the Shalka, for which I’ve been writing entirely too much fanfic. This is the version from the Alison Wonderland ‘verse, which means that she and everyone else are significantly happier than they were in the Reverberations of the Shalka ‘verse. In my ‘verses, she ends up much closer friends with the Master [the Magister to her because it means teacher in Latin, and don’t tell her any different :p ] than the Doctor, which is why she’s hanging around with him in these pictures. Once I finish the Doctor, I’ll have all four major characters of the Alison Wonderland series. [The other is Brad, Alison’s significant other. Hmmmm, I should take pics of the two of them, though Brad has not officially entered the storyline yet…]

Alison is a custom cast resin head by bitchin/Eric Barclay on Men With Dolls, done to match a Triad Alpha regular bust in Hispanic skintone. Finding an appropriate headsculpt for her was a challenge, since I wanted to translate her animated appearance into realism, but the combination of her particularly narrow, fine features and skintone proved impossible to find.

Aesthetic deviations from source material are basically a) hair and b) clothing. I interpret Alison as an energetic, ebullient, affectionate, demonstrative, warm person strongly associated the sun, which prompted me to skew toward yellow and pink in her wardrobe. I also made the pendant thingie on her choker a skeleton key for the significant reason that skeleton keys are cool. I also really wanted her hair in a loose puff like this because it looks beautiful and also adds to her air of radiance and brilliance.

I painted her head myself. I also did some heavy modding of the Alpha body: sanding down the neck to fit her head, carving down pelvis to increase range of motion, sanding down backs of thighs and calves around the knee to increase knee flexion, etc.

The Master is also my interpretation of the character from Scream of the Shalka. I am a huge fan of Roger Delgado [and his eyebrows, which are positively MAGISTERIAL!], who played the first Master, so I decided that Shalka Master in my ‘verses is basically electro Delgado. So my doll of him is a custom Roger Delgado sculpt, painted by me, on a Pop Toys narrow male body [he upgraded], currently dressed in the shirt from the Pop Toys British Detective set, jacket and pants from some “Chinese suit” off Ebay, Hot Toys Joker gloved hands, and DAM Gangster Kingdom Marshall’s shoefeet. 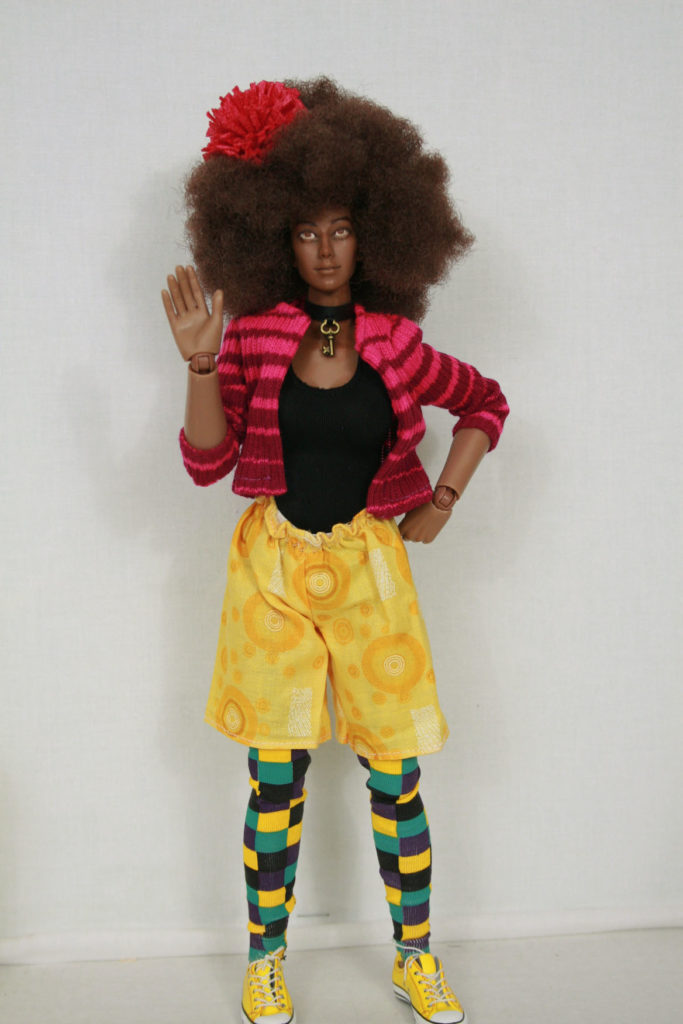 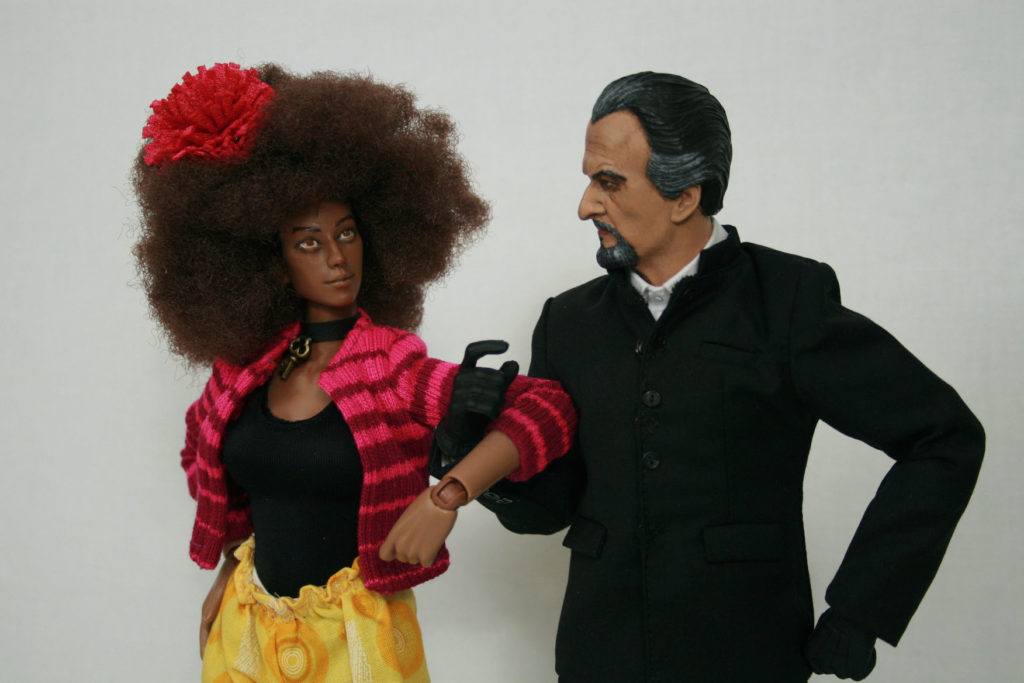 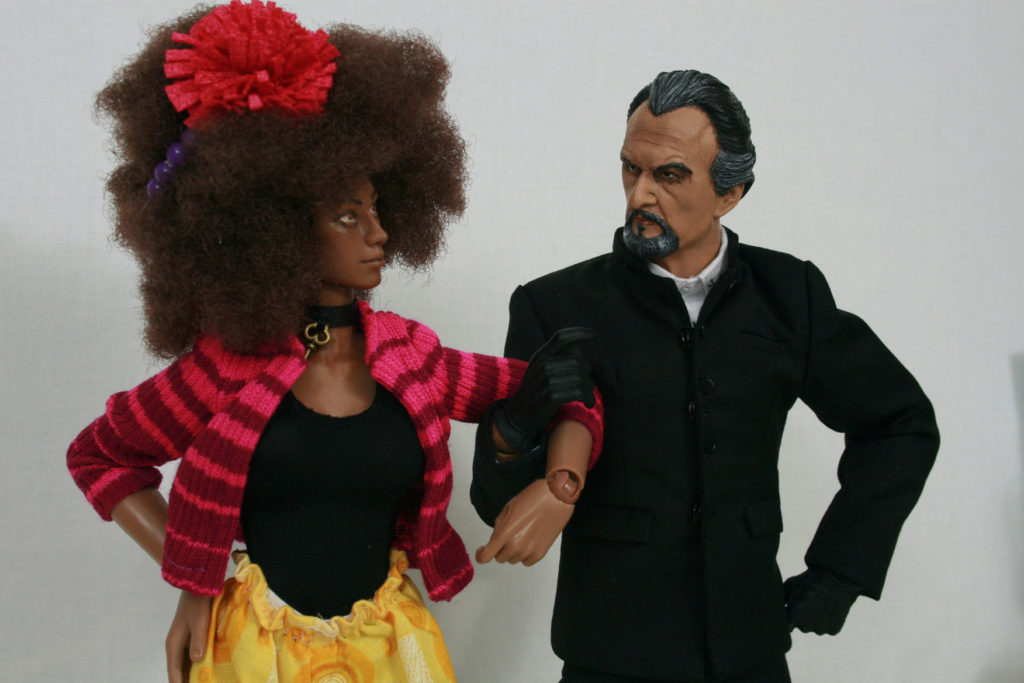