Here’s Bill! I finished the repaint this morning. She’s a Fresh Dolls Mia head on a temporary body: a tan Cy Girl 1.0. I customized her by giving her a full repaint, a haircut, and a pin-back of some of her hair. She’s wearing an action figure fem shirt, a vest by Dolls Ahoy, pants from Fashionista Ken Color Block, and shoefeet made from Hasbro Shoezies.

While only single-jointed right now, she can still cuddle with her girlfriend Alison. Awwwww, lookit the WUVS! <3 <3

Alison is a custom cast resin action figure fem by Eric Barclay on a Triad Toys “Hispanic” skintone. I customized her with a full faceup and addition of a [shittily styled] wig. I also modified all major joints for greater flexion. She wears a Triad Toys leotard, arm sleeves and skirt from Mezco Fashion Victims, and her favoritest yellow sneakers, even though they do not match. I made her choker.

For context, Alison Cheney is the companion of an alternative Ninth Doctor in a [crappily animated] web series done for the 40th anniversary of Doctor Who called Scream of the Shalka. Bill Potts was the companion of the canonical Twelfth Doctor in the latest season of Doctor Who, otherwise known as A Tragic Waste of a Wonderful, Compassionate, Curious, Level-Headed, and Overall Adorable Black British Lesbian Character Played by the Talented Pearl Mackie. I disapproved and fixed things in my head by moving Alison forward to the present day, having her rescue Bill, and then having them get together. See? They’re so happy together! And, when Bill gets a body with better articulation, they’ll really be able to snuggle! 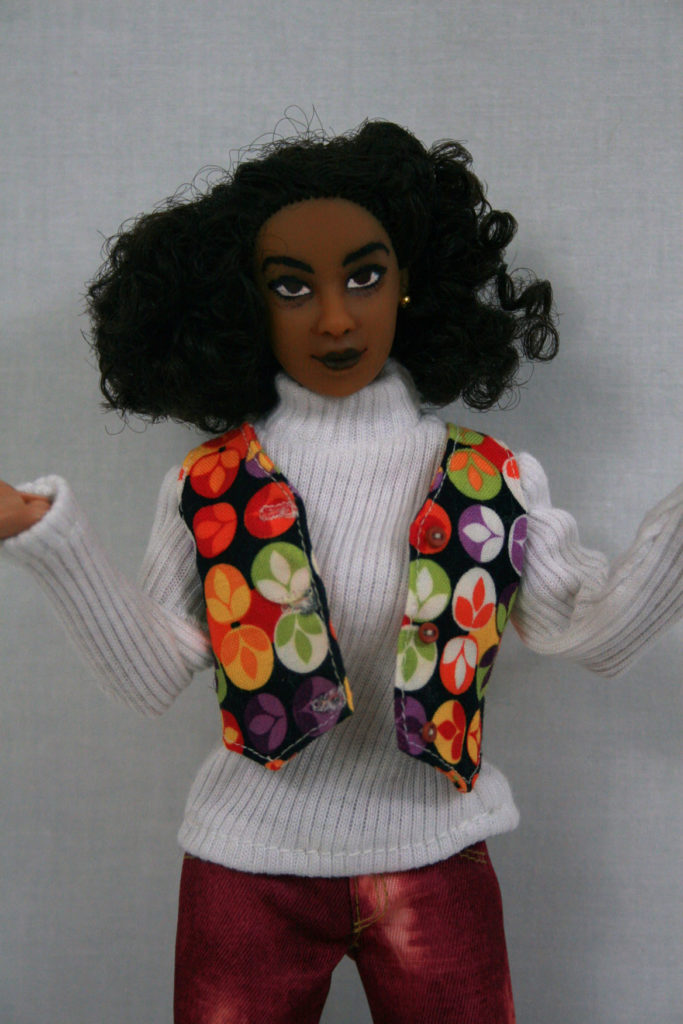 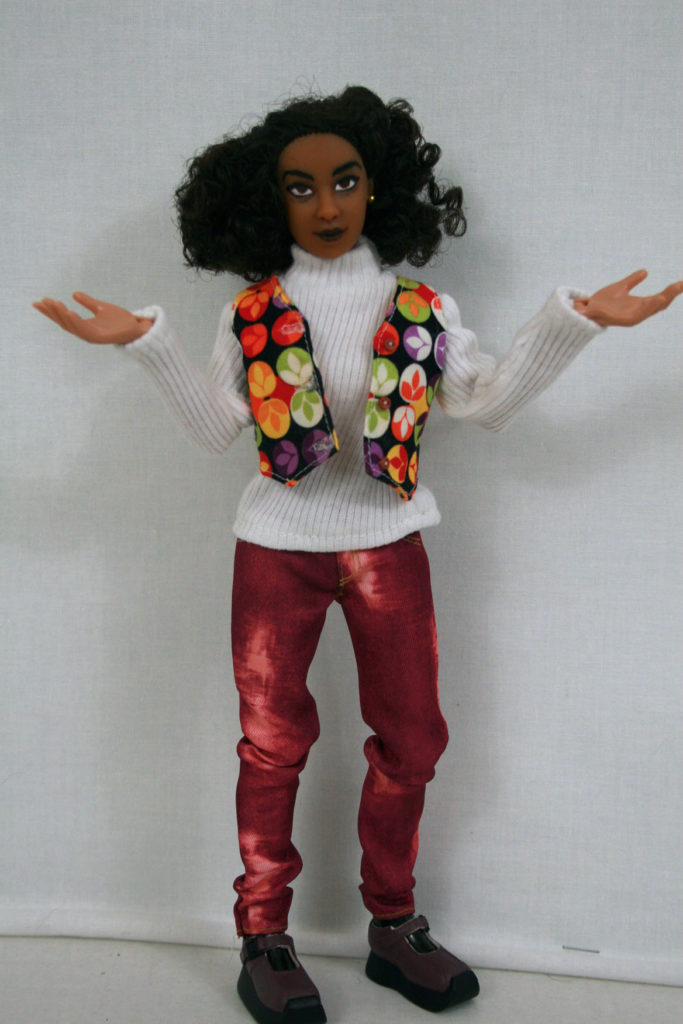 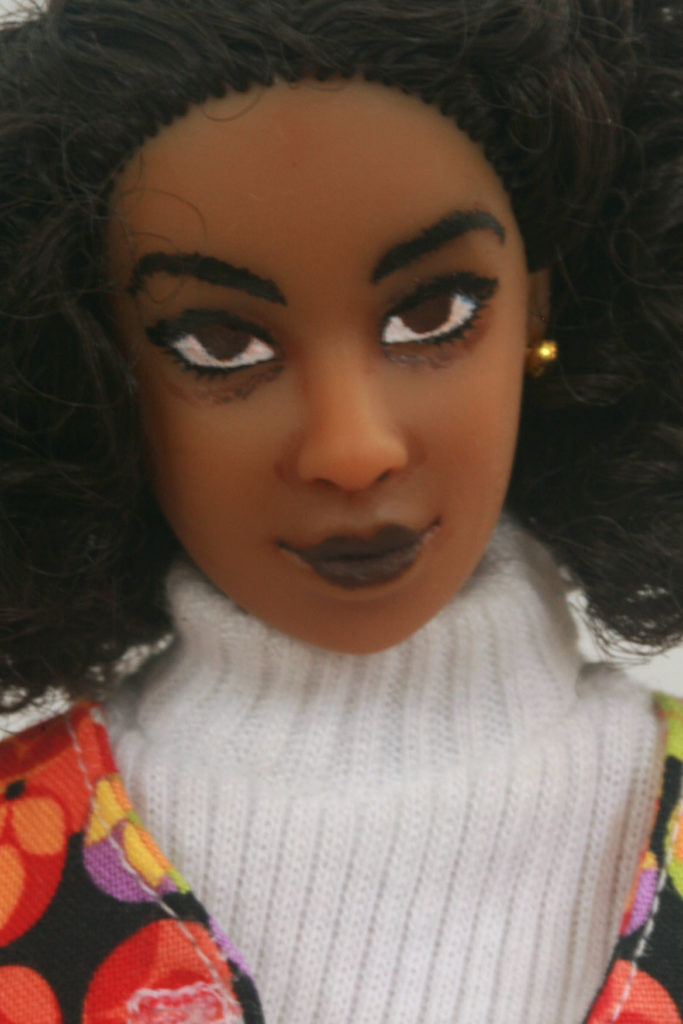 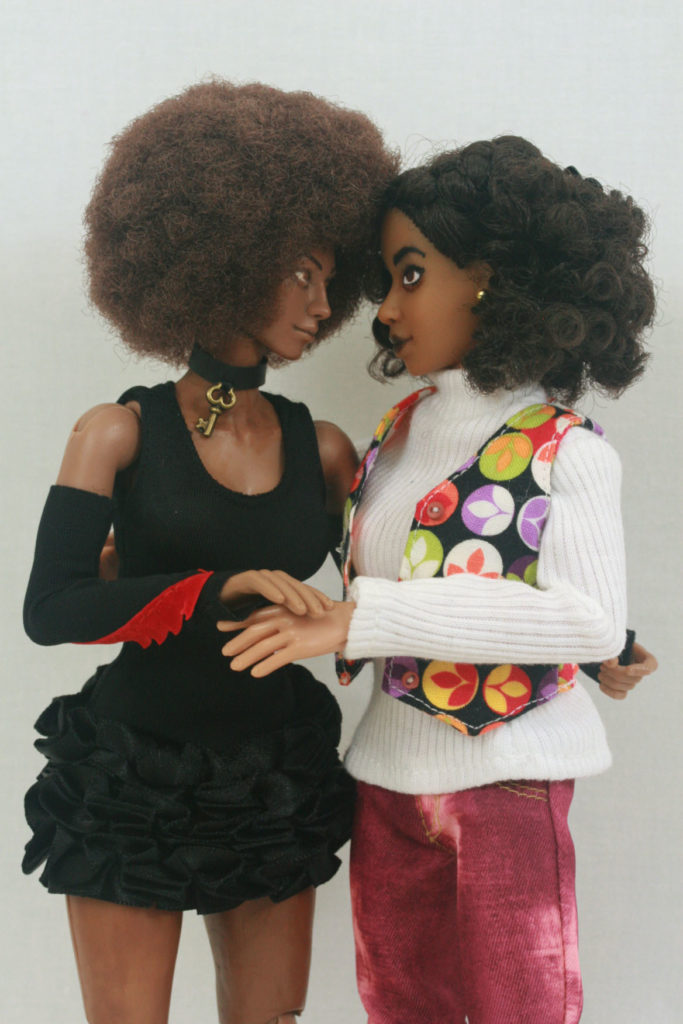 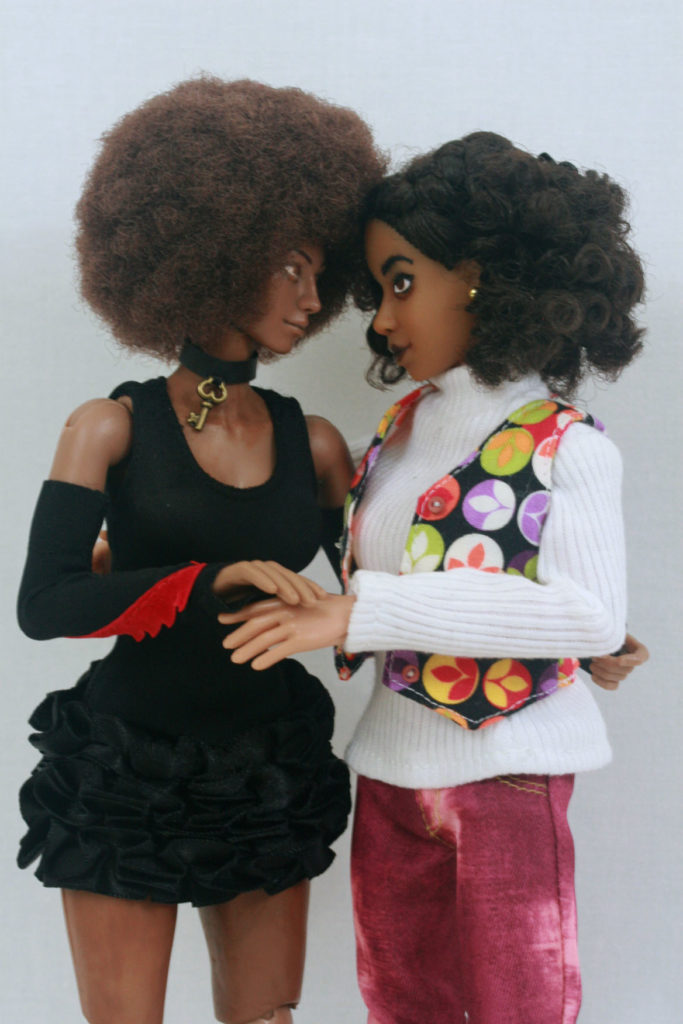 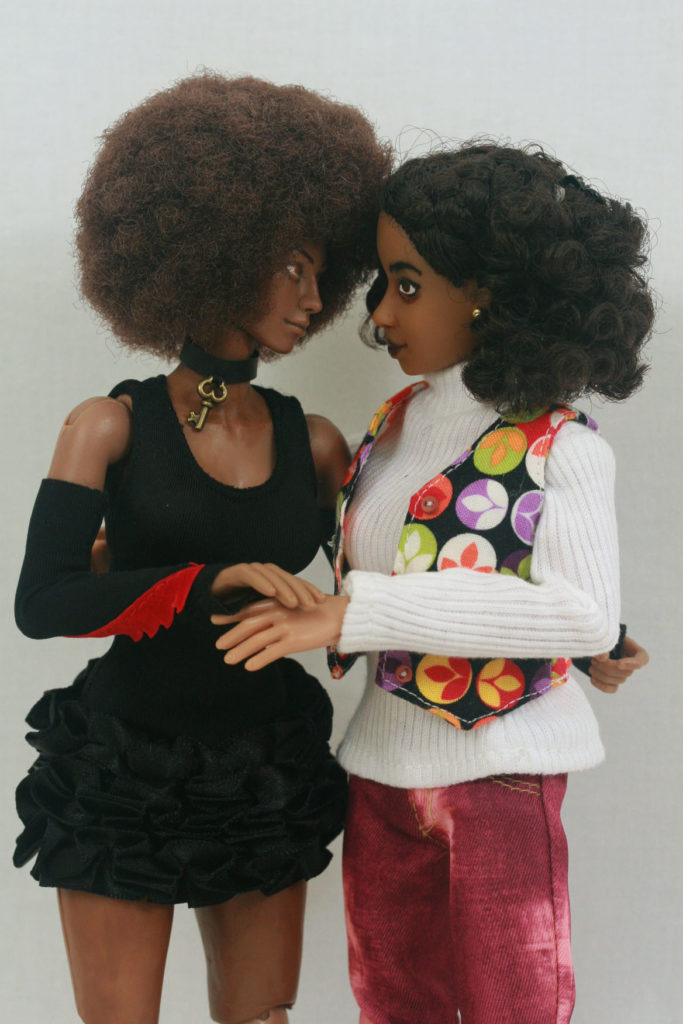 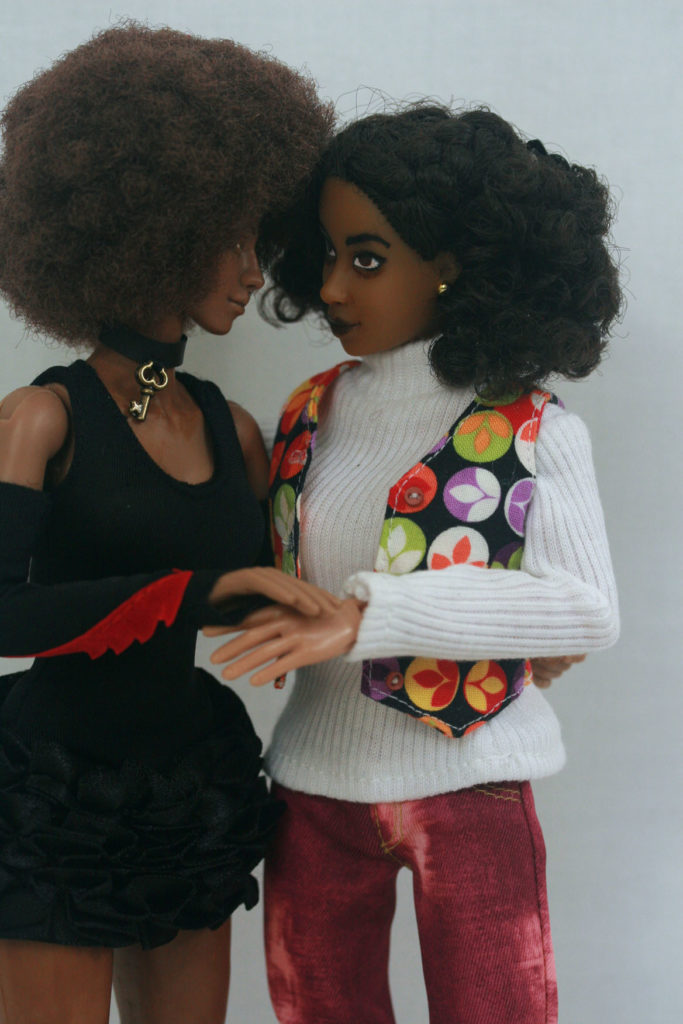 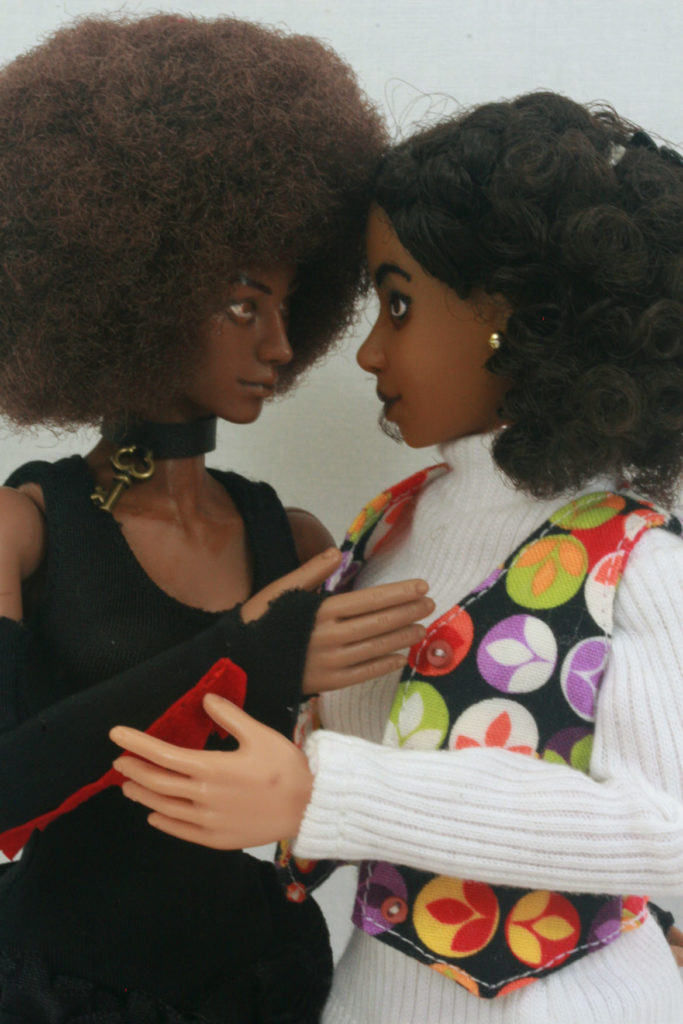 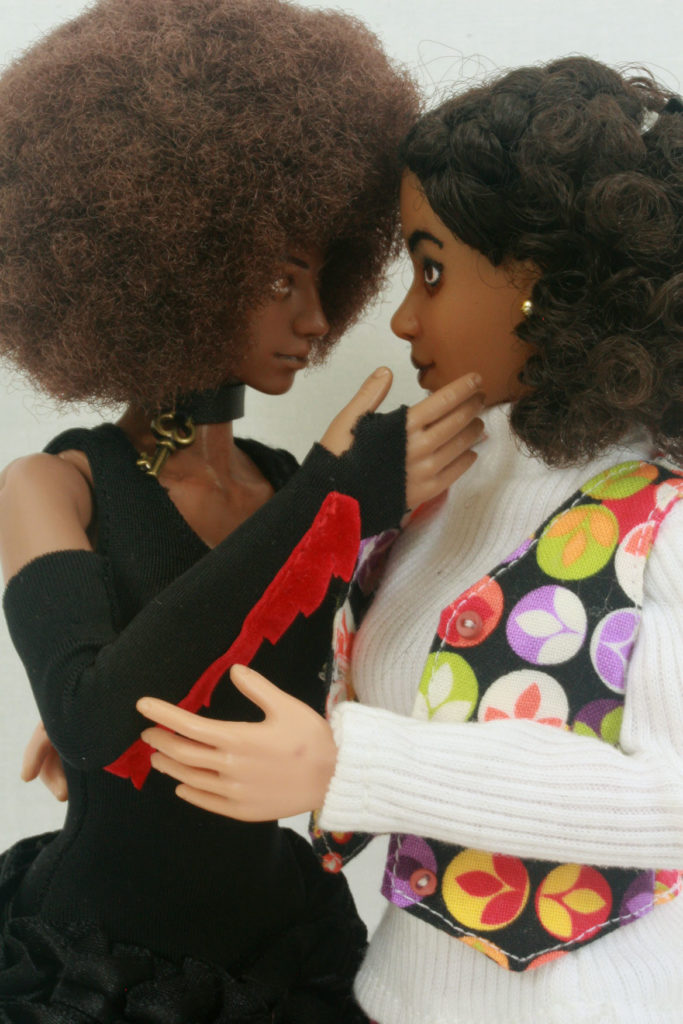