The 1:6 scale Shalkaverse crew expands with two new members of the extended Dork family. One of them is [fuckin’] Charlie Foxtrot, a repersoned, refaced Cyber person that the Dork fam rescued from Newland, a Mondasian colony ship. The other is Reeve, humanoid robotic form of the Stylist’s TARDIS.

Charlie [or her head at least] started off as a Jakks Pacific Josie and the Pussycats Valerie doll bearing a marked resemblance to the actor who played the character, Rosario Dawson. I salvaged the head and the mike/mike stand from the toy, rejecting the scrawny, rubbery, unarticulated body and clothes. Wiped and completely repainted the head, dropping her on a Takara Cy Girl tan body. To be accurate to the character, she really should be wearing a voluminous Edwardian gown with glamorous updo, but I went instead for a bodysuit to suggest her Cyber suit. Her hair needs work, but she’s good for now. 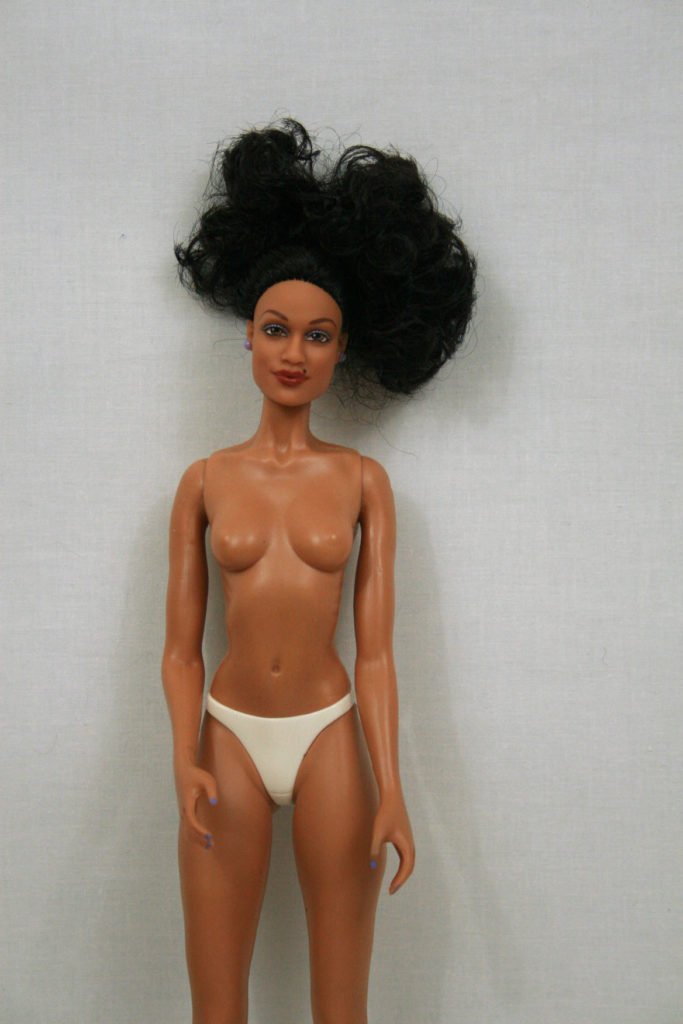 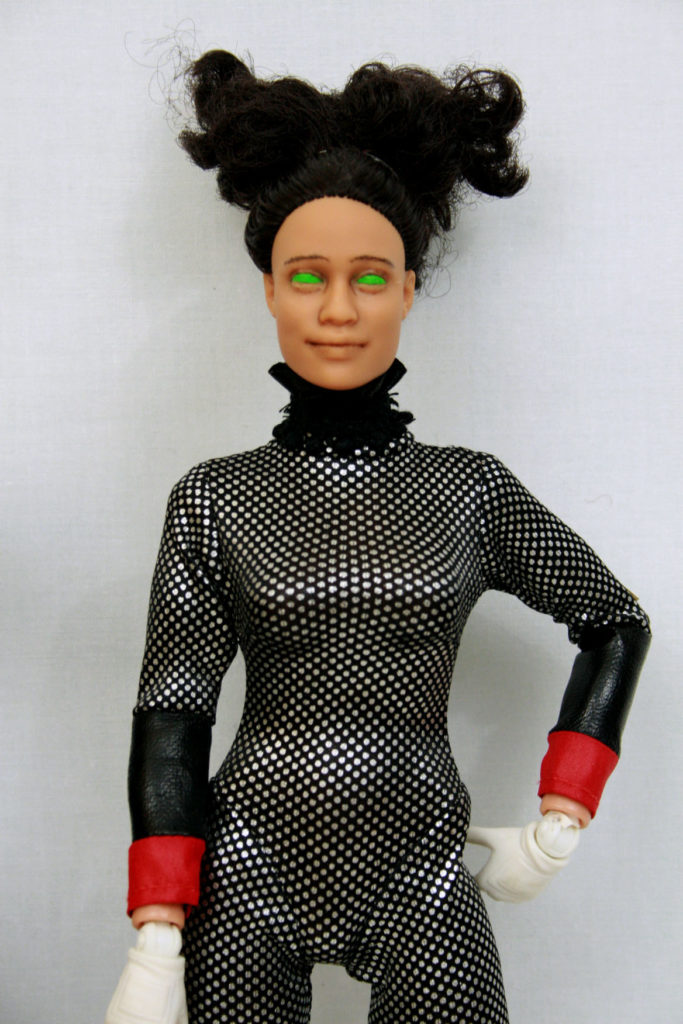 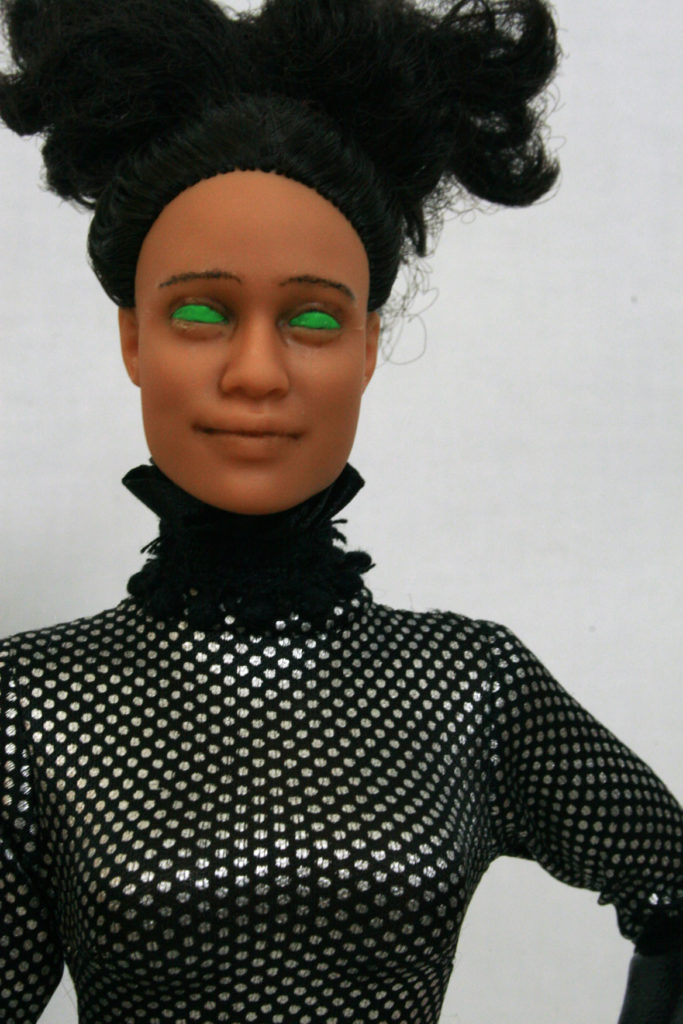 Reeve is a Fresh Dolls Indigo. In her first shot, she sits next to Bill, a repainted and rebodied Fresh Dolls Mia. Reeve and Bill have the same headsculpt. I wiped Reeve’s face, stuck pins in her eye sockets for lightbulb eyes, gave her little cartoony eyebrows, and redressed her in Romantic Valentine [?] Barbie’s dress. Her hair needs work too, but for now it will suffice. 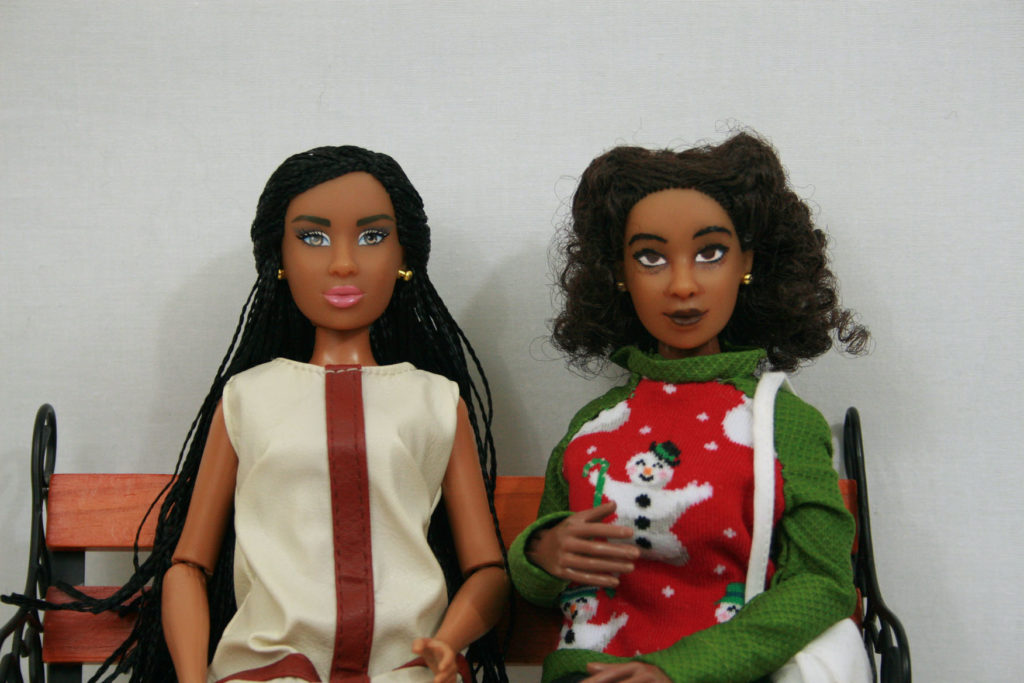 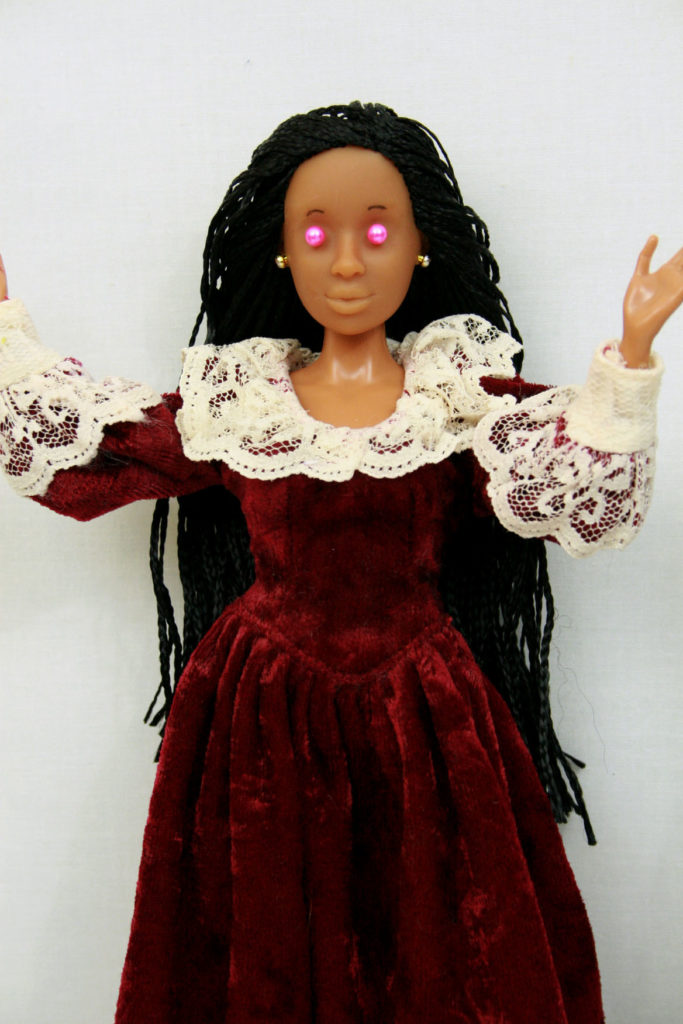 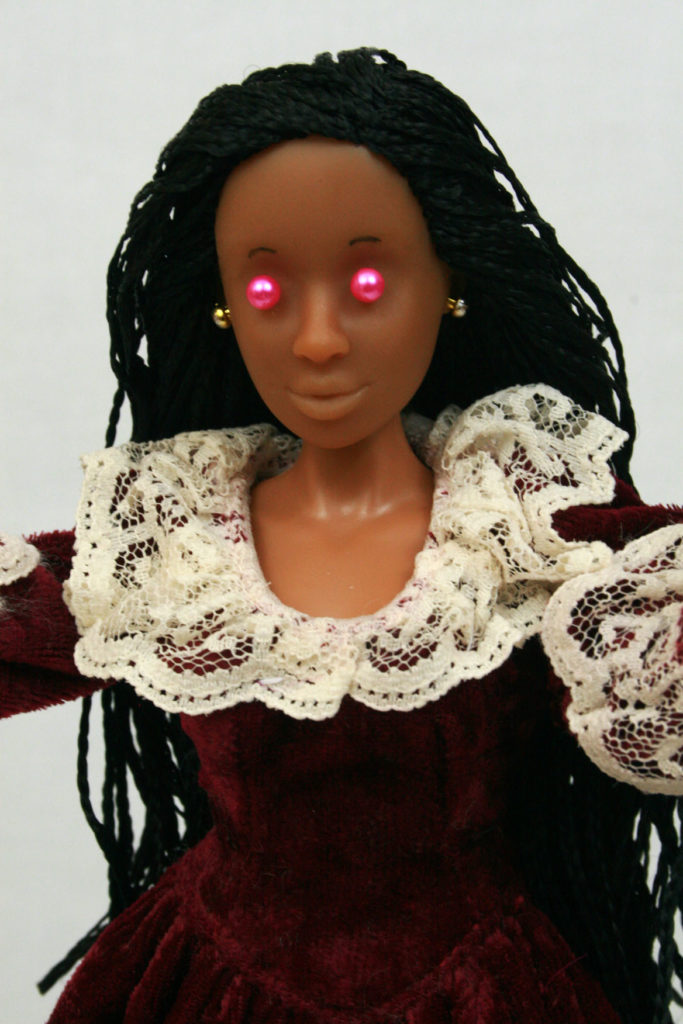 The Master’s TARDIS Scintilla [left] and Reeve are together. 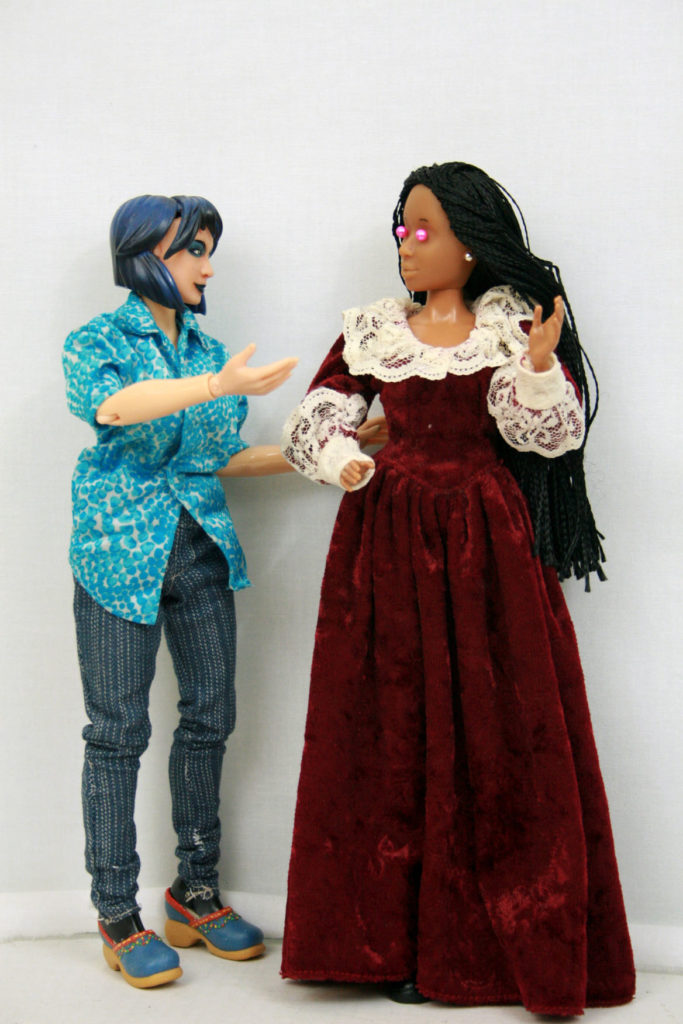