I got one of the mini Disney Princess dolls representing Tiana in casual clothes, as she appears in Wreck It Ralph Breaks the Internet. All of the princesses are surprisingly adorable, thanks in large part to their extremely expressive, exaggerated headsculpts and their clever outfits that make reference to their stories with modern styling. They also have ball-jointed shoulders and hips, along with jointed elbows and wire in their legs. Their limbs each have 90 degrees of flexion! With rooted hair, fully tailored outfits with shoes for some, and accessories for certain ones, they represent a high quality that I haven’t seen in playline dolls for a long time. Tiana, however, is objectively the adorablest, with her expression of great jubilation, asymmetrical eyebrows, and one winking eye.

Anyway, I was very distressed when I first got Tiana — renamed Ishi — because she didn’t seem to be in the same scale as any of my other dolls. Was she doomed to be lonely, friendless, and unloved?

No! I thought that Ishi’s size and shape looked similar to that of my Elfdoll 14cm tinies, so I tried her clothes on Dorothy. They fit!

I decided to cut Ishi down so that she would be more in scale with the House Rainbow Barf gang. Then she could move in with them. Ishi’s wired legs presented a problem, as I could not just remove height from them as I would if they were jointed. Fortunately, I swapped Honorine onto an 11cm Obitsu recently, leaving me with her old 14cm body and no use for it. I could splice the waist/hips/legs/feet from Honorine’s old body with the head/arms/bust from Ishi’s original body. Then she’d retain leg articulation, and she would be closer in size to other House Rainbow Barf denizens. 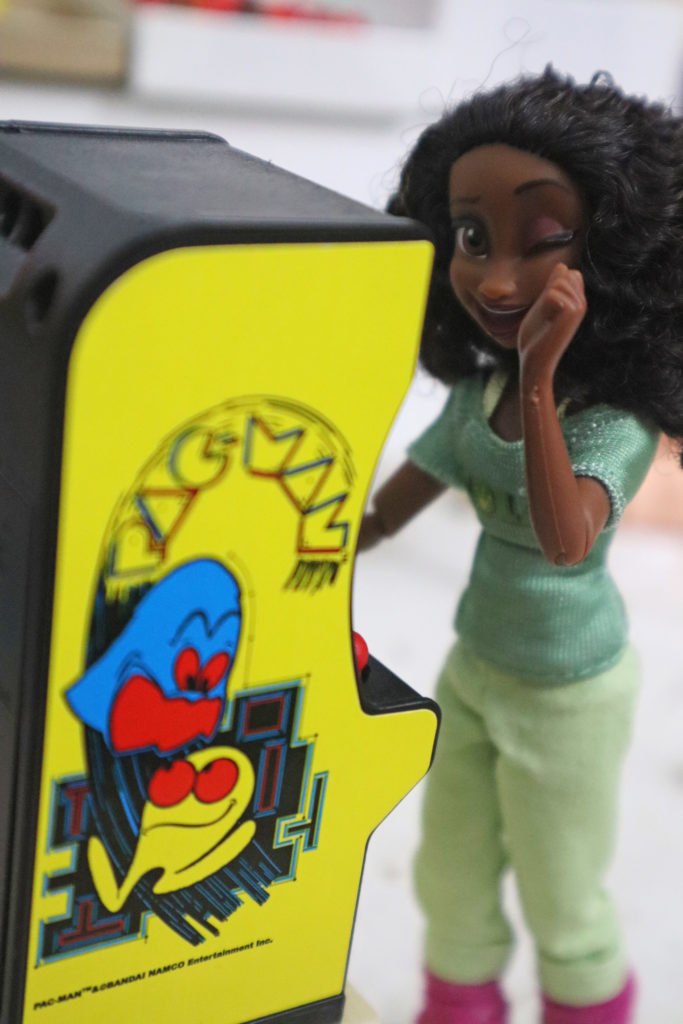 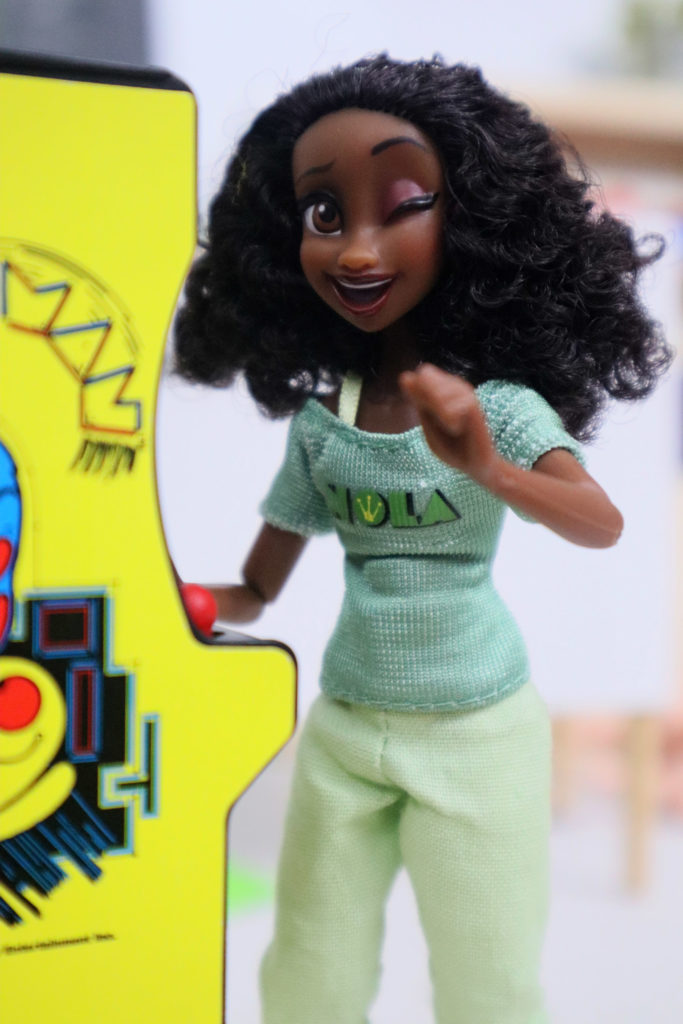 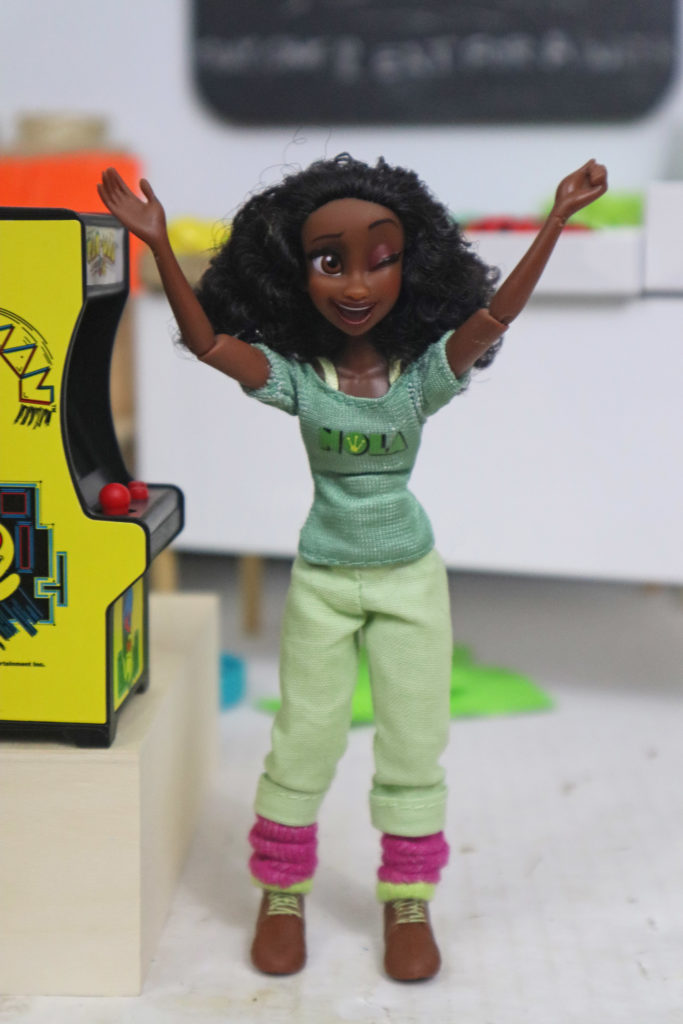 She is so awesomely happy! Leg warmers for the win!